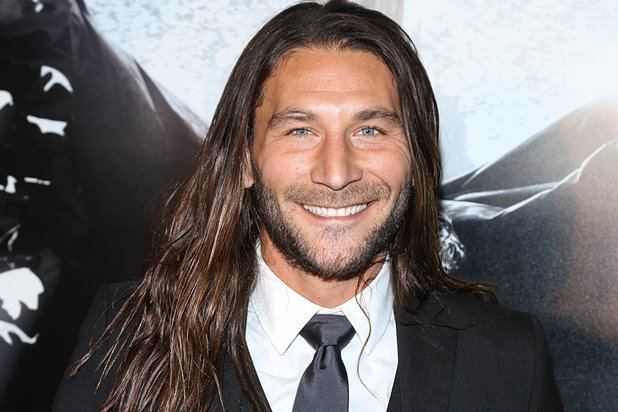 The most prominent personality Zach McGowan is an American actor and a voice-over artist. He is popular for playing roles in TV series such as ‘Shameless’, ‘Black Sails’, ‘The 100’, and ‘Agents of S.H.I.E.L.D’. He was born on May 5, 1980, in Manhattan, New York, United States.

The ‘People’ magazine named him ‘Sexiest man of the week’. He was featured in many magazines and hosted many shows including ‘The scream awards’. He has his own website where he posts videos and pictures from the sets of his television shows and films.

Zach McGowan has a height of is 183 cm and in feet inches, his height is 6’ inches. His weight is 75 kg in Kilograms or 165 lbs in Pounds. In May, he turned 42 years old. He has a beautiful blue eye color and his hair color is dark brown. His body measurement is as follows 40 inches chest, 32 inches waist, and 15 inches biceps.

Zach’s net worth is estimated to be $5 million approximately.

He was born to Brenda McGowan who worked for ‘United Airlines’ and Vincent McGowan served for ‘United States Marine Corp’. He grew up in New York City along with his elder brother Doug and Matt McGowan.

He attended the ‘Ethical Culture Fieldstone School’ where he served as the captain of the football and ice hockey teams. Since childhood, he had a flair for acting and joined drama and theatre societies in school. After high school, he joined ‘Carleton College’. His ethnicity is Russian, Jewish, and Irish.

In 2006, he made his film-debut where he played Jackson in direct-to-video war film ‘The Hunt for Eagle One’. In 2007, he made his TV debut and appeared in a reality show ‘Two Dudes Catering’.

In the following years, he also voiced multiple characters in the action-adventure video game ‘Iron man’. He played a minor role in military-science fiction film ‘Terminator Salvation’. From 2009 to 2011, he served as a live announcer at the ‘Scream Awards’. He played important roles in two short films ‘Inanna’s Dance’ and ‘The Last Supper’.

For the Discovery channel, he narrated a TV movie titled ‘Man-Eating Super Snake’. In 2012, he received his major breakthrough in the long-running comedy-drama TV series ‘Shameless’. He became the part of the historical adventure TV series ‘Black Sails’ from 2014-2017.

Recently he is the part of the main cast in a drama TV series titled ‘L.A’s Finest’. In 2019, he was featured in the historical drama film ‘Robert the Bruce’ and received a nomination for ‘Audience Award’ at the ‘Edinburgh Film Festival

On September 27, 2008, he married Emily Johnson in the Santa Barbara Mountains. The couple has an understanding bond and is blesses with two beautiful daughters. Some Interesting Facts About Zach McGowan