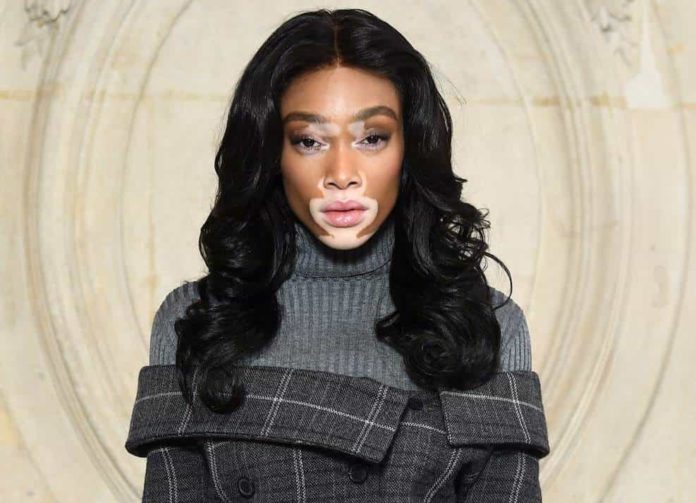 A Canadian personality Winnie Harlow became famous for being a contestant on the 21st cycle of the U.S. television series ‘America’s Next Top Model’. She suffers from a chronic skin condition called vitiligo that led to the depigmentation of portions of her skin.

Due to her condition, she was bullied at school and hence she had to change schools several times. Because of this harassment, she had to drop the school at one point and even contemplated suicide.

Later, she began her career in modeling career on Instagram. Tyra Banks discovered and recruited her as one of the contestants for the 2014 season of ‘America’s Next Top Model’. Though her performance was mediocre she did become one of the finalists on the show, she was ultimately eliminated in the second week of the finals. She also participated in the “comeback series and received the most number of votes and was brought back to ‘America’s Next Top Model’.

Winnie Harlow weighs 55 kg and 121 lbs in pounds. She is a gorgeous fashion model who is 175 cm or in feet, inches 5’9” tall. She has smooth and long dark brown hair color and sparkling wide black color eyes.

She has a slim body with a figure measurement is 34 inches breast, 25 inches waist, and 36 inches hips approximately. She has turned 28 years old. Her bra size is 32B whereas her dress size is 2 and her shoe size is 6 (US).

According to the sources, the estimated net worth of Winnie Harlow is $3 million USD approximately.

Winnie Harlow was born on July 27, 1994, as Chantelle Brown-Young. She was born to Jamaican parents Lisa Brown and Windsor Young. She was raised in Toronto, Ontario, Canada along with her two sisters, including one named Christina Harlow. At the age of 4, she was diagnosed with the skin condition vitiligo.

Due to her skin condition, high school was tough for her as other students made fun of her and called her derogative names, such as “cow” and “zebra”. It was humiliating and disappointing for Winnie that she had to change schools several times.

While attending high school, she came up with a nickname for herself: “Harlow”, to give a tribute to her childhood idol, Jeanne Harlow, Marilyn Monroe’s icon. She is a high-school dropout and couldn’t attend college for further study due to her bad experience in high school.

After the “comeback series” ended, she had the highest number of audience votes and hence she was brought back to the main competition. She did not win the show but had received enough exposure to enable her to continue the pursuit of success in the fashion industry.

She became the official brand ambassador for the Spanish clothing brand Desigual. In September 2015, she appeared on the cover of the issue of Ebony magazine along with former America’s Next Top Model contestant Fatima Siad.

She became the model for the Italian clothing brand, Diesel, for its spring/summer 2015 campaign and got the chance to work with renowned British fashion photographer Nick Knight.’ She is part of the fashion industry with her skin condition ‘Vitiligo’ and hence she decided to raise awareness about the condition. In November 2014, she got an opportunity to give a speech at a TED event about her experience with vitiligo.

Here we are providing you the list of Winnie Harlow’s favorite things. 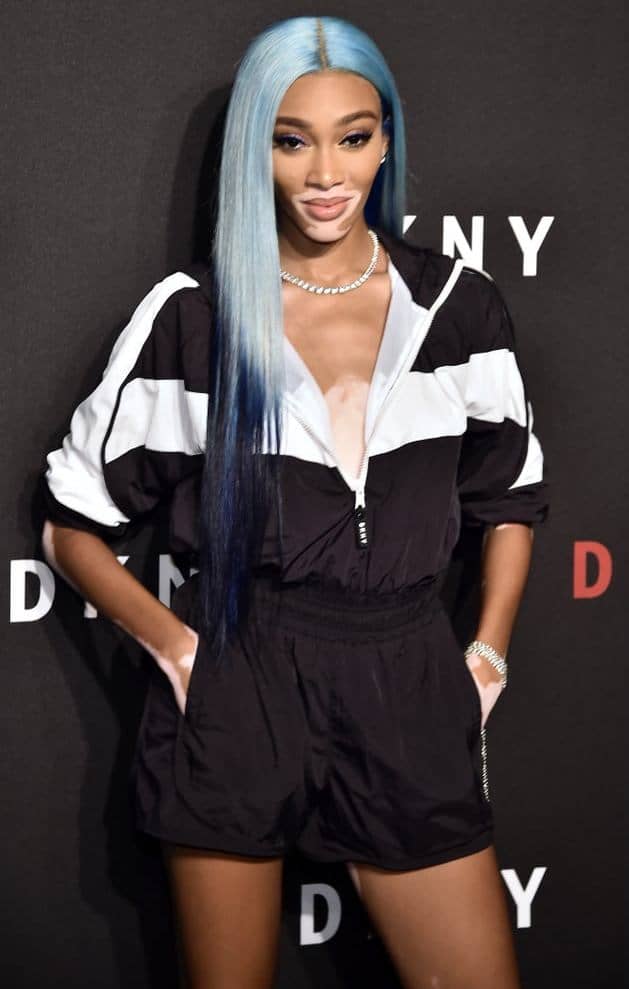 Some Interesting Facts About Winnie Harlow