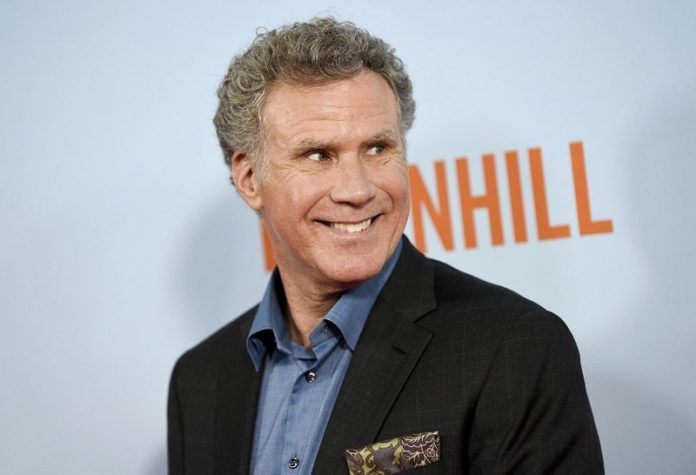 There are no secrets to success, it is the result of preparation, hard work, and dedication, this line has been very well proved by ‘John William Ferrell’ professionally known as ‘Will Ferrell’ who is an American actor, comedian, producer, writer, and businessman.

Moreover, he founded the comedy website “Funny or Die” in 2007 along with his comedy partner Adam McKay. He is considered a member of “Frat Pack” for his immense acting and comic works.

Born on July 16, 1967, this handsome actor has turned 55 years old. He seems tall enough with his height which is 191 centimeters and 6’3” feet. He maintains himself very fit and healthy with a weight of 98 kilograms and 218 lbs in pounds.

Moreover, he is very conscious about his physique and follows a regular and healthy diet in order to keep himself fit as a fiddle with the body measurements of 40 inches chest, 34 inches waist and 14 inches biceps approximately.

He has quite great earnings from his professional career as a comedian & actor and his major source of income is surely his work in movies, stints, series, and shows. His estimated net worth is around $100 million.

Will was born and raised in Irvine, California, United States, and belongs to mixed (English, Irish, distant German, and Welsh) ethnicity. He is born to his father Roy Lee Ferrell Junior who was a musician and his mother Betty Kay who was a teacher. He has been grown up with his brother named Patrick Ferrell.

He was just 8 years old when his parents got divorced. He completed his schooling at three different schools such as Cloverdale Elementary School, Rancho San Joaquin Middle School, and University High School. After that, in 1990, he enrolled at the University of Southern California and studied sports broadcasting.

As of his career, he started his career in 1994 after becoming a prominent member of “The Groundlings”. In 1995, he got his biggest breakthrough after joining “Saturday Night Live” and remained for over 7 years hosting it 5 times. He impersonated popular people during his work in SNL which includes President George Bush and became popular for such acts.

In 1997, he made his film debut in the spy comedy film, “Austin Powers: International Man of Mystery”. After that, he appeared in many films such as “Dick”, “Drowning Mona”, “Austin Powers: The Spy Who Shagged Me”, “A Night at the Roxbury”, “Superstar”, “Jay and Silent Bob Strike Back”, and “Zoolander”.

In 2003, his first role was in the movie “Old School” after he left SNL. He appeared in a lead role in “Anchorman: The Legend of Ron Burgundy”, and “Starsky & Hutch” in the same year. She acted in three films; “Bewitched”, “Kicking and Screaming” and “The Producers” in 2005.

He appeared in films like “Stranger Than Fiction” and “Talladega Nights: The Ballad of Ricky Bobby” in 2006. He launched the “Funny or Die” website along with his partner, Adam McKay in April 2007. In 2009, he made his Broadway debut with “You’re Welcome America. A Final Night with George W. Bush” and then play Dr. Rick Marshall in “Land of the Lost”.

He also had an uncredited role in “The Goods: Live Hard, Sell Hard”. Moreover, he appeared in several other movies too such as “The Campain”, “Tim and Eric’s Billion Dollar Movie”, “Casa de Mi Padre”, “Get Hard”, “Daddy’s Home”, “Zoolander”. He lent his voice n several animated television programs and films such as “Curious George”, “The Lego Movie” and “The Oblongs”.

As of his personal life, he is a married man who tied the marriage knot with his beautiful wife Viveca Paulin. They married in 2000 after dating for almost 5 years. They have lived prosperous married life for almost 20 years now. The couple has been blessed with three sons Axel Paulin Ferrell, Magnus Paulin Ferrell, and Mattias Paulin Ferrell.

Here we are providing the list of favorites of Will Ferrell: Some Interesting Facts About Will Ferrell