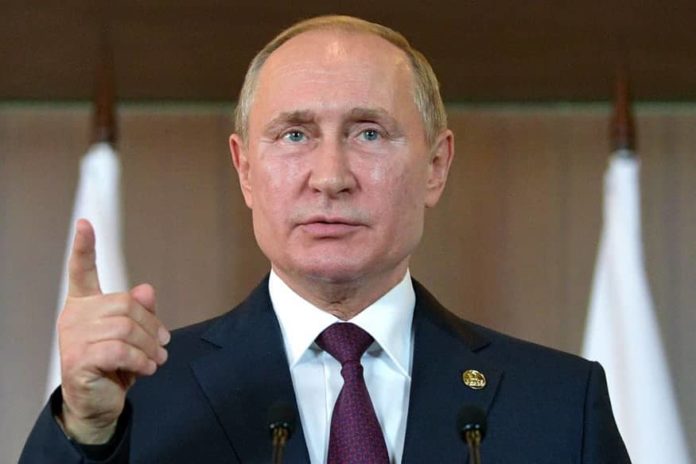 One of the topmost leaders in the world and the current President of Russia Vladimir Putin is in his fourth term as the President. He has been accused of ordering the assassinations of his opponents and critics and is considered an autocrat with little respect for human rights.

Since childhood, he had a dream of becoming an intelligence officer and entered the ‘KGB’ the Russian intelligence agency. His work for the welfare of the country and its people earned him initial recognition as a politician. When the then President of Russia Boris Yeltsin resigned, he appointed Vladimir Putin as president. Since then he has been working as a president or a prime minister of Russia.

Born on 7 October 1952, Vladimir Putin is currently 70 years old. He does not appear to be much taller but has a well-maintained and slim body. Putin’s height measures 5’6” in feet and his weight is 71 kg approximately. He is known for his impactful personality and has a rare set of Blue colored eyes and a hair color known as salt and pepper.

Putin is one of the most recognized and impactful leaders and has been a president for quite a long time. He has his stakes in many companies, including oil and gas companies, and has made a fortune from it. His lifestyle is of a kind that only a handful of people in the world could afford. The total net worth estimated for Vladimir Putin is $70 billion as of now.

Vladimir Putin was born and brought up in Saint Petersburg, Russia. Vladimir Spiridonovich Putin, his father was a conscript in the Soviet Navy and his mother was a factory worker whose name was Maria Ivanovna Putina.

In Baskov lane and St. Petersburg High School No.281, he received his initial education and studied German there. Later from St. Petersburg State University, he graduated with a degree in Law.

For 16 years Vladimir Putin was a KGB foreign intelligence officer, when he retired in 1991 He rose to the rank of lieutenant. Putin joined President Boris Yeltsin’s administration in 1996 even though he entered politics in 1991.

He became Deputy Chief of the presidential staff in March 1997. When Yeltsin resigned, he became acting President in 1999. he won with a comfortable margin in the year 2000’s Presidential election in Russia. He made sure that the GDP of the country grew substantially with his prudent economic and fiscal policies.

In 2008 Dimitry Medvedev appointed Putin as Prime Minister as rules did not allow Putin to become a president the third time in a row. In March 2014 Vladimir Putin contested and won the presidential election once again. Putin was re-elected for his fourth term as a President in the year 2018.

In July 1983, he married Lyudmila Putina, and divorce was finalized in April 2014, they have two daughters.

Here we provide you the list of Vladimir Putin’s favorite things. Some Interesting Facts About Vladimir Putin