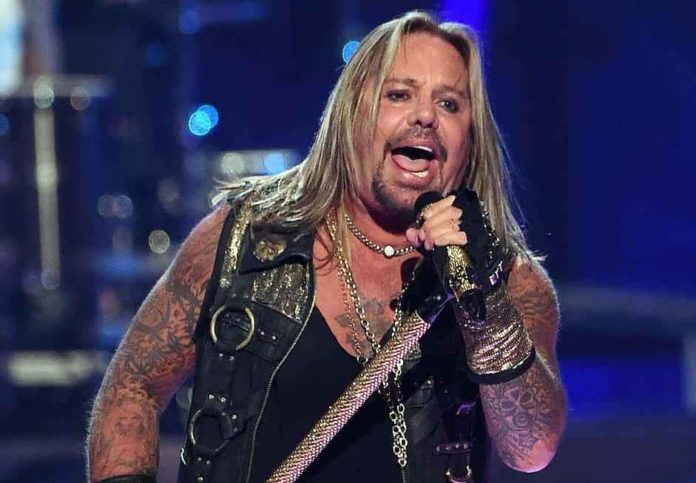 For the fans of Metal music Mötley Crüe is a name that everyone must have heard, such is their popularity. Best known as the lead vocalist of ‘Mötley Crüe’ Vincent Neil Wharton is an American musician. ‘Mötley Crüe’ is a heavy metal band he co-founded in April 1981 along with bassist Nikki Sixx, drummer Tommy Lee and guitarist Mick Mars.

Following some disagreements, within the band Neil left ‘Mötley Crüe’ in 1992 but he was persuaded to rejoin the band in 1997. Vince also released four albums as a solo artist. Known for his highly erratic personal life, resulting in multiple arrests as well as convictions, Neil suffered from drug and alcohol-related problems.

Born on the 8th of February 1961 Vincent Neil turned 61 years old. Vince’s height measures 5′ 9″ and his weight is 85 Kg. His hair is always well-groomed and they are Blonde colored and the color of his eyes is blue.

It is a known fact that musicians in the USA earn a lot and the music genre of metal is quite a popular one as well. Vince Neil has earned most part of his wealth performing as a musician with ‘Mötley Crüe’ and he owns a winery as well. He lives a lavish lifestyle and the total net worth estimated for Vince is $50 million US Dollars as of now.

Vince Neil was born in Hollywood, California, and as a child moved with his family to Inglewood then Watts, and finally in Glendora, California. He is the son of Clois “Odie” Wharton, his father and Shirley Wharton, his mother. Vince studied at his local Royal Oak High School in California.

Throughout the 1980s, Neil was the lead singer of ‘Mötley Crüe’. ‘Too Fast for Love’, the band’s first album released in 1981 and it was followed by many others. ‘Decade of Decadence 81-91’ was the band’s 10-year retrospective and after the release of it in February 1992, Neil quit ‘Mötley Crüe’.

Neil focused on his solo career after leaving ‘Mötley Crüe’ and released his first solo album in 1993 followed by his second solo effort in September 1995.

In 1997 he rejoined Mötley Crüe and the band released its seventh studio album, ‘Generation Swine’ in the same year. As a businessman he has been associated with several wineries and has his own tattoo parlor, ‘Vince Neil Ink’ in Las Vegas.

Vince has married four times and most recently to Lia Gerardini but separated from her as well. He has a son and two daughters, and one of his daughters Skylar Lynnae Neil died in 1995.

Here we provide you the list of Vince Neil’s favorite things. Some Interesting Facts About Vince Neil