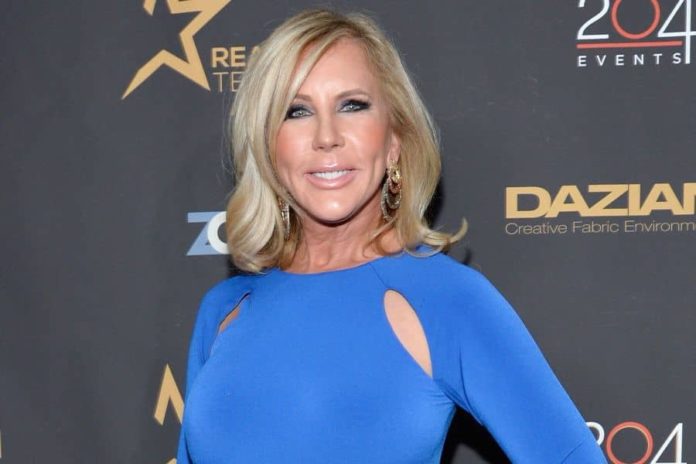 A dream doesn’t become reality through magic, it takes determination and hard work, this line is very well proved by Victoria Gunvalson popularly known as Vicki Gunvalson who is an American businesswoman, reality television personality as well as founder of Coto Insurance.

Born on 27 March 1962, this gorgeous lady has turned 60 years old. This lady has a good height of 169 in Centimetres and 5’6” in Feet & Inches. Her blue eyes and shiny blonde hair enhance her beauty.

She seems fit with a weight of 60 in kilograms and 132 lbs in pounds. Moreover, Vicki is very conscious about her physique and follows a regular diet in order to keep herself healthy and fit.

Vicki is a very versatile and eminent TV personality who has accumulated a decent amount of net worth through her professional career. According to the sources, her estimated net worth is $7 million approximately.

Moreover, she was the highest-paid member of the Orange County cast in its 5th season. Gunvalson is living a lavish and luxurious lifestyle through her earnings.

Born and grew up in Mount Prospect, Illinois, the USA, Vicki belongs to the American-White ethnic background. She was born to her parents named William J. Steinmetz (father) and Joanne (mother). Apart from that, she grew up with her siblings named Kathy, Kim, Lisa, and William.

Her mother was a homemaker while her father owned a construction company. Unfortunately, her father died from Alzheimer’s disease in the year 1991. As for her education, she enrolled at William High School for her earlier education. Furthermore, she was admitted to Harper College.

Vicki started her career after her divorce from her husband, Michael J. Wolfsmith by doing a part-time job at her father’s construction company. Later, in the year 1991, she joined the health insurance business after his father’s death.

Furthermore, she founded Coto Insurance and Financial Services with her second husband, Donn Gunvalson after obtaining her insurance license in California. Apart from that, she is widely known as one of the original cast members of Bravo’s reality television show “The Real Housewives of Orange County”.

Besides this, in January 2020, she announced her departure from the franchise stating a statement that     “It’s been an incredible ride for 14 years and I would like to thanks all of you for your love, for your support and for ‘whooping it up’ with me along the way”.

Moreover, Vicki has also hosted a podcast titled “Whoop It Up with Vicki”. Other than this, Gunvalson has also made her appearance in “Who Wants to Be a Millionaire”, “Dr. Phil”, “The Doctors” and “Tamra’s OC Wedding”.

Reflecting on her personal life, Vicki was a married lady who first married at the age of 21 with her husband named Michael J. Wolfsmith. Later, the duo blessed with two children named Briana Culberson (née Wolfsmith) and Michael Wolfsmith. However, after 8 years of togetherness, the couple got divorced.

Later, she tied the sacred knot of marriage with Donn Gunvalson in the year 1994. In Fact, the couple also founded Coto Insurance and Financial Services. Unfortunately, in the year 2014, their relationship came to an end due to some personal issues.

Furthermore, in the year 2014, she entered into a romantic relationship with Brooks Ayers but they separated in the year 2015. Currently, Vicki is engaged to Steve Lodge, brother of Roger Lodge.

Here we are providing the list of favorites of Vicki Gunvalson: 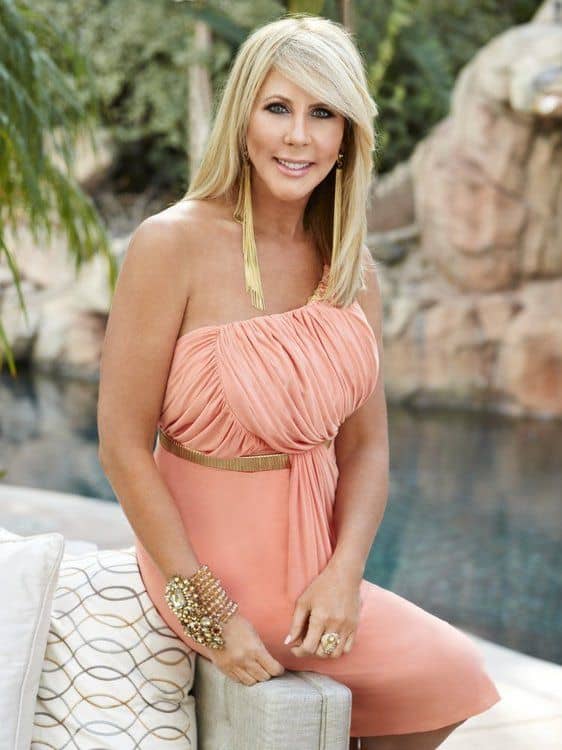 Some Interesting Facts About Vicki Gunvalson