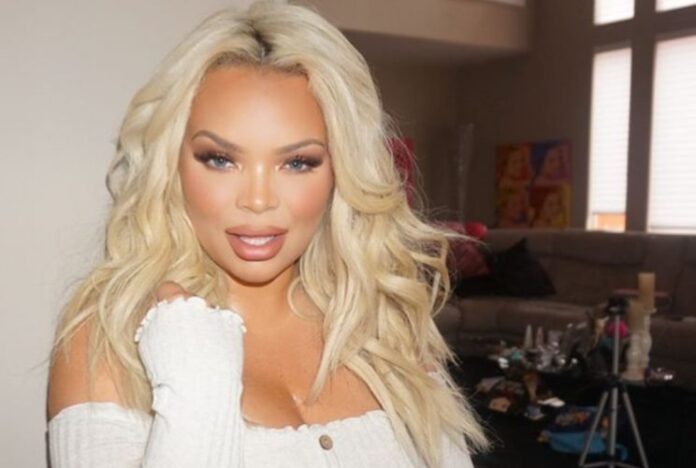 With a strangely interesting bundle of contradictions, American Actress, Singer, Songwriter, and Internet personality Trisha Kay Paytas considers herself ‘a mix between Woody Allen and your local hooker’. Even though insecure, outspoken, paranoid side of hers has earned her quite a lot of detractors, what made her a popular V-logger is the outrageously witty, bawdy, positive, charming version of her.

To make a name for herself in the entertainment industry this odd combination of contrasting characteristics made Trisha Paytas YouTube celebrity and internet fame. One thing that has been outstanding about her is, love her or hate her, but you can’t just ignore Trisha Paytas.

Born on the 8th of May 1988 Trisha Kay Paytas is currently 34 years old. She has a healthy body figure but she doesn’t appear to be much taller. Paytas’ height measures 5 feet 4 inches and her weight is 82 kg approximately. Known for her unique look, she has a rare set of blue colors eyes and the color of her hair is blonde.

It is a known fact that one can earn a lot of money through YouTube and other social media platforms. She has been quite active on YouTube and has earned most of her wealth through it and some with her acting and singing career as well. The total net worth estimated for Trisha Kay Paytas is $2 million US dollars as of now.

The native of California, Trisha Kay Paytas was born and raised in Riverside, California, United States of America. She is the daughter of Frank Paytas and Lenna Paytas and grew up with her brother and a half-sister. She has studied at Freeport High school but prior to that attended the catholic online school.

Trisha began working as a stripper to support herself while struggling to find her feet in the industry after moving to Los Angeles to pursue a career in acting. Trisha also signed up for minor modeling assignments and foreign commercials during this time. In the short-lived ‘Greg Behrendt Show’, she made her television debut as a presenter in 2006.

In the second season of ‘Who wants to be a Superhero’, she contested the following year with the legendary comic book writer, Stan Lee as the host. On YouTube, Trisha started vlogging proactively and her videos consisted mostly of tributes to acclaimed filmmaker Quentin Tarantino, whom she idolized.

As it is no surprise that Trisha is quite the chatterbox, the rate at which she talks is quite surprising. Trisha made numerous guest appearances in popular TV shows like ‘The Ellen DeGeneres Show’, ‘Modern Family’, and ‘The Price is Right’ between 2008 and 2011. Released in 2013, she has also written two books, ‘The Stripper Diaries’ and ‘The History of My Insanity’.

Talking about her dating life she has dated many celebrities but most popular of them was WWE wrestler Dolph Ziggler.

Here we provide you the list of Trisha Kay Payta’s favorite things.