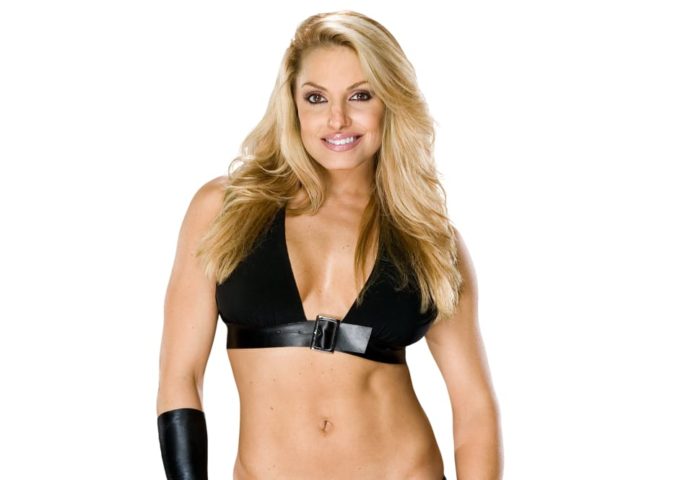 Successful people don’t fear failure but understand that it’s necessary to learn and grow from it, this quote in brief sums up ‘Trish Stratus’ who is a renowned Canadian WWE wrestler. She is born with the name of Patricia Anne Stratigeas. She is better known for her time spent in WWE, working under the ring name: Trish Stratus.

Apart from wrestling, she made a name for herself as a yoga teacher and fitness icon as well as appeared in several films and TV series. She is a seven-time WWF/E Champion and one-time WWE Hardcore Champion.

For her contribution to WWE, she was awarded several awards such as Lou Thesz Award, Iron Mike Mazurki Award, Three Degrees Award, Sandy Hawley Community Service Award, and many more.

Born on 18 December 1975, Trish Stratus turns 47 years old. She is towering tall with a height of 165 centimeters and 5’5” in feet & inches. She possesses a fit and healthy personality with a weight of 57 kilograms and 126 lbs in pounds.

She has earned the sum of a good amount of money and salary from her profession as an actress and model and has reported a $6 million net worth.

Trish was born and raised in Flemingdon Park, Ontario, Canada, and belongs to the white Caucasian ethnicity. She is born to her father John Stratigias and her mother Alice Strategias. She has grown up with her two sisters named Christie and Melissa Stratigias.

As of her education, she completed her schooling at Bayview Secondary School and later enrolled at York University to pursue her higher studies in Biology and Kinesiology.

As of her career, she worked as a fitness model after her graduation. After that, she worked at Toronto Sports Radio, The FAN 590 where she co-hosted Live Audio Wrestling. In November 1999, she signed a contract with WWF and on March 19th, 2000 debuted as a heel at Sunday Night Heat using the ring name Trish Stratus.

She took a break for the next three months after suffered an ankle injury in 2001. She and Lita were involved in one of the most memorable rivalries between 2003 and 2005. Moreover, she also had rivalries with Jazz, Victoria, Gail Kim, Molly Holly, Stephanie McMahon, and Mickie James.

On December 10th, 2007, she teamed up with Lita to attack Jillian Hall during Raw’s 15th Anniversary special. In December 2008, she also teamed up with John Cena against Santino Marella and Beth Phoenix. For season five of WWE Tough Enough, she served as one of the trainers.

She made an appearance on WWE Network special WWE 24: Women’s Evolution in 2016. She made a surprise appearance interrupting Elias in 2018. She took retirement from WWE in 2019. Apart from that, she lent her voice to the character in 20 WWE video games. In November 2000, her in-game debut came about in ‘WWF SmackDown! 2: Know Your Role’.

In 2006, she hosted Canada’s Walk of Fame induction ceremony. She hosted the show Stratusphere on the Travel + Escape television channel in 2008. Later that, she worked as a spokesperson for the sports betting website, Sports Interaction in 2009. In 2011, she made her debut in films with the film ‘Bail Enforcers’.

She co-starred in the action flick ‘Gridlocked’ in later 2015. Besides this, she also made her appearance on TV series such as Da Kink in My Hair, The Second City’s Next Comedy Legend, Armed & Famous, and Stratusphere.

Reflecting on her personal life, she is a married woman who tied the marriage knot on September 30th, 2006 with her high school boyfriend Ron Fisico after dating him for 14 years. The lovely couple was blessed with a son named Maximus Stratus Fisico and a daughter Madison-Patricia Fisico. 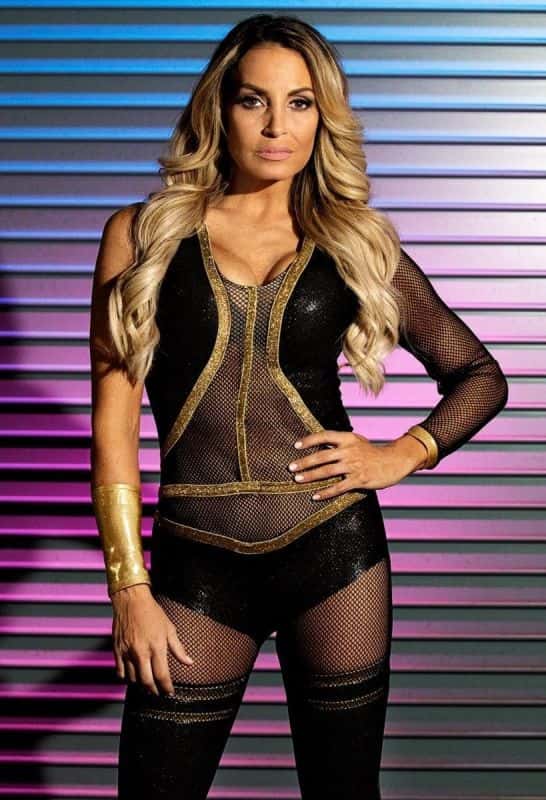 Some Interesting Facts About Trish Stratus