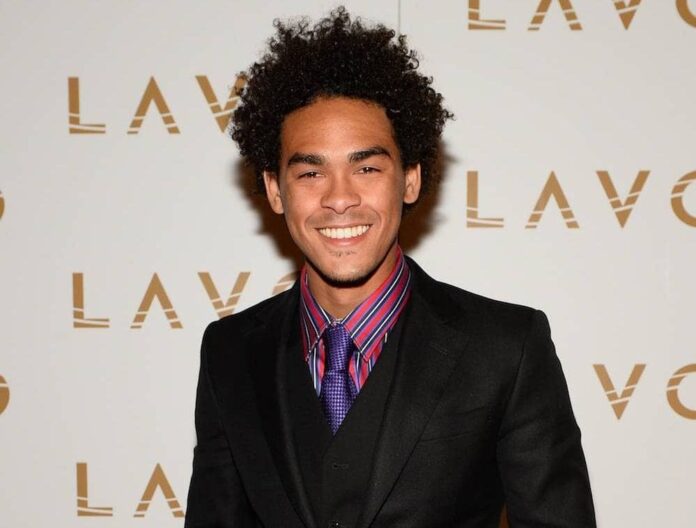 The son of actor Will Smith and his first wife, actress Sheree Zampino, Willard Carroll “Trey” Smith III, is an American disc jockey and actor who, despite being the oldest child of one of the biggest stars of Hollywood grew up in relative obscurity. He got the opportunity to enjoy a rather normal upbringing while his half-siblings endured the immense pressure of being constantly under the spotlight.

According to Smith, following the divorce his son felt that he had betrayed and abandoned him and it inevitably affected their relationship. Trey is often photographed with his father, and stepmother Jada Pinkett Smith but it took years to build back a loving relationship with each other. Primarily active in the Los Angeles area he has adopted the professional name AcE as a disc jockey.

Born on the 11th of November 1992 Trey Smith will turn 30 years old. He appears to be tall and fit and has a slim but toned body figure. His body figure measurements are 39-29-36 and he wears number 8 in the shoe size.

Starting at a low-level Trey worked his way up as a disc Jockey and now has become one of the celebrity DJs. Even though he is the son of legendary actor Will Smith, he kept himself away from the spotlight while developing his skills and became successful on his own.

After releasing his singles and getting established as a musician, Trey is trying his hand at acting as well. The total net worth estimated for Trey Smith is $2 million US dollars as of now.

The native of California Willard Carroll Smith III was born and raised in Los Angeles, California, United States of America. Trey is the son of Will Smith and Sheree Zampino Fletcher, Will’s first wife. Trey grew up with his sister Jodie Fletcher.

He has studied at Oaks Christian School, Westlake Village, California but did not opt for any further education.  He is also seen spending time and working with his half-brother and sister Jaden Smith and Willow Smith.

Under the name AcE at Club Liv in Miami, Trey made his debut as a disc jockey in December 2012. He served as the DJ at the Vanity Fair pre-Oscar party in February 2013. Since then, he has played his sets in various venues all over the world and has established himself as one of the leading DJs in Los Angeles.

In the 1998 music video for his father’s track, ‘Just the Two of Us’ Trey made his first appearance as an actor. Two episodes of ‘All of Us’, a UPN (later The CW) sitcom featured him in 2003. In the short film ‘The Speech’ he shared screen space with Trevor Gretzky in 2008.

Trey has chosen to keep his dating life a secret and has not let out any information about it.

Here we provide you the list of Trey Smith’s favorite things. Some Interesting Facts About Trey Smith