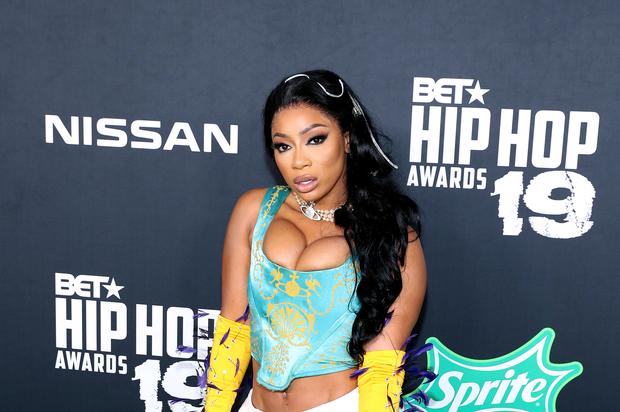 She has been incarcerated numerous times since 2003 and led a turbulent life since she was a child.  Lee even gave birth to her oldest daughter while she was in jail. In the inaugural season of ‘Love & Hip Hop: Atlanta’ Lee first made a cameo appearance in the show.

She became a supporting member of the cast in season five and in the following season, joined the main cast. She put out her first track, ‘Payback’ in January 2017 and is looking to start a rap career.

Born on the 19th of June 1984 Tommie Lee is currently 36 years old. Although she doesn’t appear to be much taller, she has a stunning body figure and her body figure measurements include her chest of 34 inches, her waist of 24 inches, and her hips of 42 inches. Her height measures 5 feet 5 inches while her weight is 52 kg approximately and she wears number 5 in the shoe size. She has brown colored eyes and the color of her long and straight hair is black.

Although she has had multiple run-ins with the law, Tommie Lee has managed to make a career for her as a reality TV show star and is looking forward to becoming a rapper. Most of the wealth that she has earned so far comes through her work in the VH1 reality show. The total net worth estimated for Tommie Lee is $100 thousand US dollars as of now.

Tommie Lee was born and raised in New Jersey United States of America. She has not revealed any details about her father but it is known that the name of her mother is Samantha Lee and she has two brothers and two sisters. She has also not revealed her educational details.

Before debuting on ‘Love & Hip Hop: Atlanta’ in its very first season in 2012 Lee used to work as a concert promoter. After making a cameo appearance as one of the attendees at Rasheeda’s listening party she returned four years later in a supporting role in the season five premiere, ‘Of Kings and Queens’.

Lee had a hostile relationship with Joseline Hernandez tried to run her down with a car during that season. Lee earned a spot among the main cast of the show in season six.  Lee has battled alcoholism for a long while but the season documented the launch of her wine brand, Le’Don and this ended up making everything more difficult.

Jeopardizing her potential career as a rapper, her excessive drinking persisted and also soured her relationship with her family. Another VH1 reality show ‘Leave It to Stevie’ has also featured Tommie Lee.

Talking about her dating life, she was dating Meek Mill but is not married till now. She has two daughters Samaria and Havalli but has not revealed the identity of their father.

Here we provide you the list of Tommie Lee’s favorite things. Some Interesting Facts About Tommie Lee