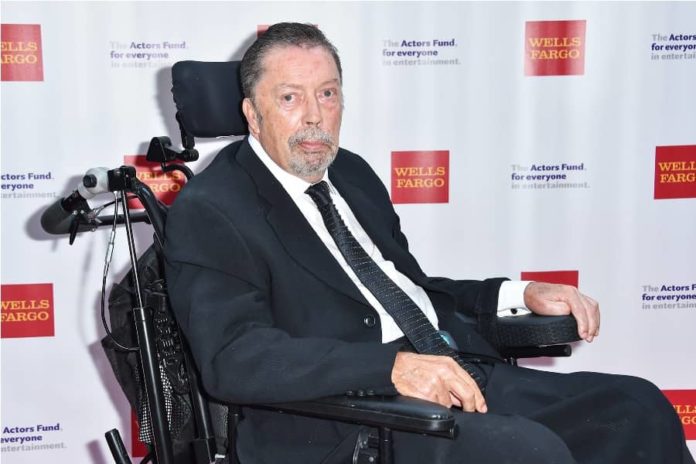 There is no elevator to success, you have to take the stairs, this line has very well proved by Tim Curry who is an English actor and singer. Moreover, he rose to huge stardom for his appearance in the film The Rocky Horror Picture Show (1975).

Besides this, Tim also gathered huge acclaim for his voice acting roles, including his Daytime Emmy Award-winning performance as Captain Hook on Peter Pan & the Pirates, Sir Nigel Thornberry on The Wild Thornberrys, and Palpatine on Star Wars: The Clone Wars.

Born on 19 April 1946, this eminent personality turned 76 years old. He seems very tall with his towering height which is 175 in centimeters and 5’9” in feet & inches. He is very conscious about his physique and maintains himself with a weight of 72 in kilograms and 159 lbs in pounds.

He is also very conscious about his physique and maintains himself with perfect body measurements. Moreover, his personality is enhanced by his brown eyes and black hair.

Working as an actor and singer, Tim has accumulated a very handsome amount of money through his professional career in the entertainment field. With his hard work and dedication, this versatile personality has established himself as the gem of the acting world. According to the sources, Curry’s estimated net worth is $14 million approximately.

Born in Grappenhall, Warrington, England, Tim belongs to the white ethnicity. He was born to his parents, James Curry (Father) and Patricia Curry (Mother). Moreover, he grew up in Plymouth, Devon along with his elder sister named Judith Curry.

His family moved to South London, after his father’s death from pneumonia in 1958. As of his education, Tim studied at boarding school and further attended Kingswood School in Bath, Somerset. Thereafter, he enrolled at the University of Birmingham in order to be graduate with a combined degree in English and Drama.

Moving towards his career, Tim took the first step towards his acting career as a stage artist. Moreover, in the year 1968, he played his first big role as Woof in the musical ‘Hair’ where he met Richard O’Brien who wrote Curry’s next full-time role, that of Dr. Frank-N-Furter in The Rocky Horror Show (1973).

Later, in the year 1975, Curry also reprised the role of Dr. Frank in the film version of the Broadway play, ‘The Rocky Horror Picture Show’ in which his performance was highly appreciated as the crazy villain, and overnight he became a cult star.

Furthermore, Tim appeared as Robert Graves in the horror film, ‘The Shout’ in the year 1978 which revolved around a mysterious traveling man who stalks a young couple. Besides this, in the year 1985, he also starred along with Mia Sara, Tom Cruise, and David Bennent in the fantasy adventure film, ‘Legend’.

After that, Curry portrayed the sadistic clown, Pennywise in the horror miniseries ‘It’ in the year 1991 which was based on Stephen King’s novel of the same name. Later, in the year 1996, he made his appearance as Long John Silver, a deceptively charming pirate in the musical adventure comedy, ‘Muppet Treasure Island’ which was based on the book, ‘Treasure Island’ and also has Jennifer Saunders, Billy Connolly, and Kevin Bishop.

Additionally, in the year 2004, he portrayed Thurman Rice in the biographical drama film, ‘Kinsey’ which described the life of Alfred Kinsey, an expert in sexology. Other than this, Tim also got appeared as Percy in the film ‘Queer Duck’ in the year 2006. This film earned good reviews from critics and had extreme pop culture references.

After that, he made his significant appearance in the black comedy film ‘Burke & Hare’ which was based on the Burke & Hare murders in the year 2010. In the same year he also lent his voice to the movies, ‘A Turtle’s Tale: Sammy’s Adventures’ and ‘Curious George 2: Follow That Monkey!’.

Apart from that, he has also appeared in some action films such as The Hunt for Red October, the 1993 adaptation of The Three Musketeers, the superhero film The Shadow, and in the 1995 action-adventure Congo.

As a musician, Curry worked on various soundtrack records. In fact, he has released various albums which was a moderate success. Moreover, he portrayed The Criminologist in the television film remake of The Rocky Horror Picture Show in the year 2016.

In addition to this, Tim also performed in many television films and miniseries, including Three Men in a Boat, the titular role in Will Shakespeare, Bill Sikes in a television adaptation of Oliver Twist, The Worst Witch, Titanic, Blue Money, Terry Pratchett’s The Colour of Magic, Jackie’s Back, Return to Cranford, and many more.

Talking about his personal life, Tim has been never married. However, in the year 2005, he has dated Marcia Hurwitz. In fact, he was also in a relationship with Maria Drujko in the year 2008. As of now, he is living a single life in Los Angeles, California.

Here we are providing the list of favorites of Tim Curry: 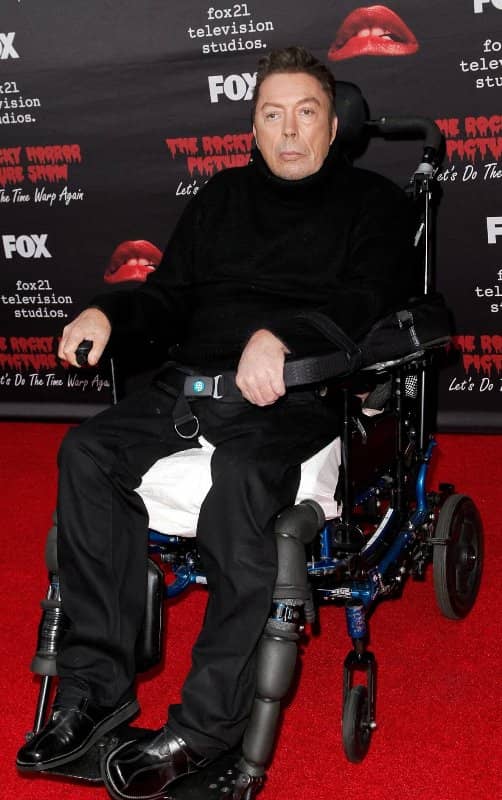 Some Interesting Facts About Tim Curry