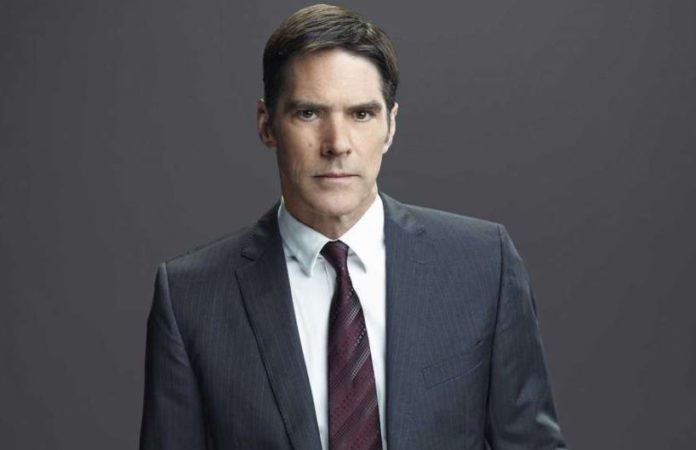 There are no secrets to success. It is the result of preparation, hard work, and learning from failure and this line is very well proved by ‘Thomas Gibson’ who is an American actor and director.

He is well recognized for playing the magnificent role of Daniel Nyland in the series Chicago Hope and Greg Montgomery on the series Dharma & Greg, as well as of Aaron Hotchner on the series Criminal Minds.

He has been active in the field of acting and showcased his wide range of acting skills in various projects and played numerous breakout roles in several commercially successful movies.

He seems more handsome with his dark brown eyes and dark brown hair. His body measures 42 inches chest, 34 inches waist and his biceps size is 15 inches.

He has been active in the field of acting and showcased his wide range of acting skills in various projects and played numerous breakout roles in several commercially successful movies. His net worth is estimated at around $ 18 million.

Thomas was born and raised up in Charleston, South Carolina, United States, and belongs to mixed (Irish, Scottish, English, and Welsh ancestry) ethnicity. He is born to his father Charles M. “Mac” Gibson who was a lawyer and liberal Democrat and his mother Beth Gibson who was a social worker.

He has been grown up with his brother Charles Gibson as well as his two lovely sisters Anne and Elizabeth. His education, he completed his schooling at Little Theater School and Bishop England High School.

After that, he went to the College of Charleston and later attended the reputable Juilliard School from where he graduated in 1985 with a B.F.A. degree.

As of his career, he made his stage debut in the New York Shakespeare Festival in David Hare’s ‘A Map of the World’. In Central Park or in Public Theatre, he performed in several plays for producer Joe Pap. After that, he worked on and off-Broadway for the next ten years.

He played a diverse role in plays by Shakespeare, Romulus Linney, Allan Ball, Moliere, Tenney Williams, to name a few. In 1987, he got his first breakthrough when he was asked to debut on CBS’s Legal Drama television series ‘Leg Work’ as a guest role as Robbie.

After that, he performed in other television shows like Chicago Hope as Daniel Nyland, Lincoln as William Sprague, Guiding Light as Peter Latham, and Caroline in the City as William Stevens. He played the role of a conservative lawyer who is married to a free-spirited yoga instructor Dharma in the series the Dharma &Greg series (1997-2002).

He also directed the last two seasons of this series in 2001-2002. From 2005-2016, he acted in the ‘Criminal Minds’ television series for 6 seasons as agent Aaron Hotchner. Thomas also directed six series of this show and was nominated for three Primetime Emmys.

Moreover, he also acted in two American sitcoms like ‘Hot in Cleveland’ as Tom and ‘Two and a Half Men’ as Greg. In 1992, he shared screen presence with veteran actors like Tom Cruise and Nicole Kidman in his debut film the romantic adventure ‘Far and Away’. He plays the villainous rival in this film.

In 1993, he played the role of a homosexual waiter David in the film ‘Love and the Human Remains’. After that, he appeared in many films like ‘Manhood’ as Faith’s Attorney, ‘Sleep with Me’ as Nigel, ‘Men of War’ (1994) as Warren, and drama film ‘Eyes Wide Shut’ (1999) along with Tom Cruise.

He also lent his voice for the film ‘Son of Batman’ as Slade Wilson/ Deathstroke. He appeared as a Colonel Branson in Shadow Wolves in 2018.

Reflecting on his personal life, he tied the marriage knot with Christine Gibson in 1993 and was blessed with two sons James Parker Gibson, Travis Carter Gibson as well as a daughter Agatha Marie Gibson. But the couple parted ways in 2011 and took divorce in 2018. Before his marriage, he has been linked with many women in the past. Some Interesting Facts About Thomas Gibson