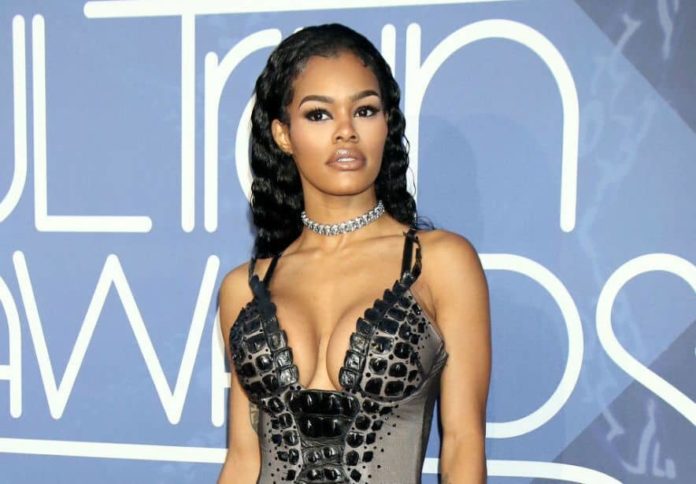 An American celebrity Teyana Taylor is a popular singer, actor, dancer, and model. She has been raised by her mother alone and became a part of the entertainment industry quite young. Since childhood, she has been inclined towards music and never had stage fear. From the initial stage, she has bagged quite a few significant projects.

Though she started with music gradually she got hold of acting and modeling, too. Her versatile personality was discovered soon and her fame had shot up after her collaboration with Kanye West and his music label. Her first stepping stone was marked when she was first signed by ‘Star Trak Entertainment’.

She has also collaborated with artists such as Usher, Chris Brown, and Omarion, that played a vital role in the success she has earned. From working in high-profile music videos to walking for various brands, she has balanced her career very well.

Teyana Taylor weighs 55 kg and 121 lbs in pounds. She is a graceful personality who has a height of 167 cm or in feet inches 5’7” tall. She has short and smooth black color hair and sparkling wide black color eyes.

She has a flexible physique with a figure measurement is 33 inches breast, 24 inches waist, and 34 inches hips approximately. She will turn 31 years old in December 2021. Her bra size is 33B whereas her dress size is 4 and her shoe size is 8 (US).

According to the sources, the estimated net worth of Teyana Taylor is $6 million USD approximately.

Born on December 10, 1990, Teyana Taylor is a native of Harlem, New York, USA. She is the only child of Tito Smith and Nikki Taylor but her biological father has two sons and a daughter from another relationship. She lived a difficult childhood due to her parent’s disturbing relationship with each other.

Hence, she was raised single-handedly by her mother. At the age of 9, her singing talent was discovered when she once picked up a microphone and began performing in the crowd. While growing up, she has participated in several talent competitions, including the ‘Apollo Theater National All-Stars’ talent search.

After struggling at the initial stage, her professional journey began as a choreographer in the music video of Beyoncé’s hit single ‘Ring the Alarm.’ Later, she signed a deal with recording artist and record producer Pharrell Williams for ‘Star Trak Entertainment’.

In February 2007, she made a grand appearance in the fourth season of ‘My Super Sweet Sixteen.’ The same year, she was featured in Jay-Z’s music video ‘Blue Magic.’ The following year, she had released her debut single, ‘Google Me’ that was included in her debut mixtape, ‘From a Planet Called Harlem’.

In August 2010, she made her debut as an actor when she was cast as ‘Rena’ in ‘Stomp the Yard: Homecoming.’ After the termination of her contract with ‘, ‘Interscope’ and ‘Star Trak’ she decided to continue her musical journey as an independent artist.

In 2013, ‘Adidas’ offered Teyana a contract to design and release two pairs of sneakers. In 2014, she had released her debut studio album ‘ Titled ‘VII,’ under ‘GOOD Music’ and ‘The Island Def Jam Music Group, that has reached the 19th position on the ‘Billboard 200.’

She was honored to be the judge/ panel member of the eighth season of ‘America’s Best Dance Crew’. Along with her husband, she ventured into TV production, with the reality series ‘Teyana and Iman’ as the executive producers of the show.

In October 2016, Teyana Taylor got married to Iman Shumpert in a secret ceremony. Her husband is a professional basketball NBA player drafted by Brooklyn Nets. The couple is blessed with two daughters. 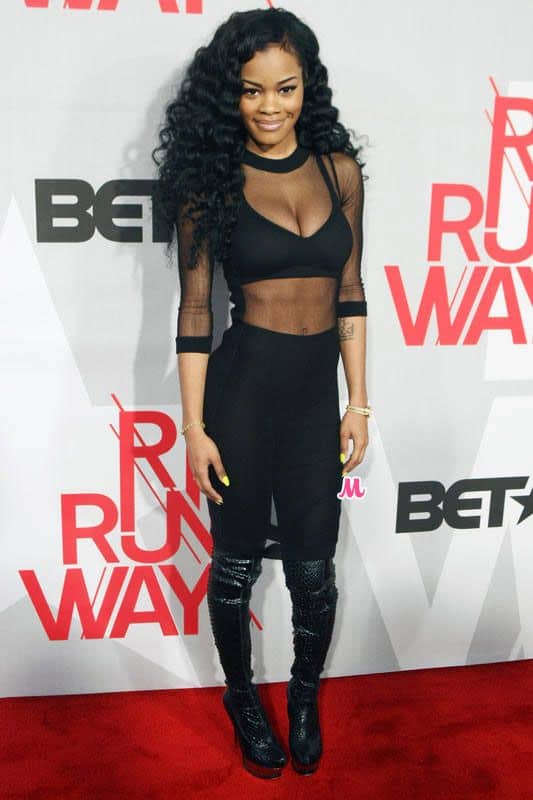 Some Interesting Facts About Teyana Taylor