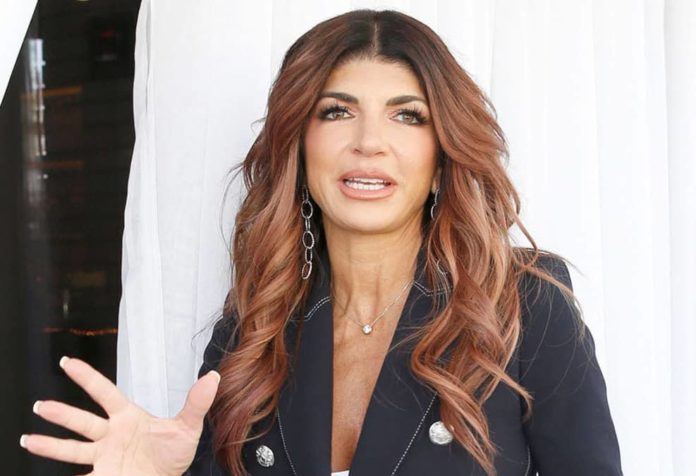 An American reality television star Teresa Giudice is known for her appearance in ‘The Real Housewives of New Jersey’ in 2009. Apart from being a reality star, she is also a New York Times Best Selling cookbook author who has about five bestsellers in her collections. She is also a successful entrepreneur who runs her own jewelry and fashion line.

She also owns a line of Bellini cocktails called, ‘Fabellini’. She had discovered her newfound fame by launching several business ventures. She is a well-known author of multiple bestselling cookbooks.

Through her talent and qualities, she has earned a lot of publicity and fanfare. He enjoys living an extravagant lifestyle and her tendency to overspend has led her into financial and legal troubles multiple times. As a philanthropist, she is involved in a lot of charitable works.

Teresa Giudice weighs 62 kg and 136 lbs in pounds. She is a gorgeous TV personality who is 173 cm or in feet, inches 5’7.5” tall. She has long and wavy dark brown hair color and wide sharp blue color eyes.

Her body measurement is 34 inches breast, 29 inches waist, and 37 inches hips approximately. She will turn 50 years old in May. Her bra size is 33B and her shoe size is 7 (US).

According to the sources, the estimated net worth of Teresa Giudice is $11 million USD approximately.

Born on May 18, 1972, Teresa Giudice is the daughter of Giacinto and Antonia Gorga who were Italian immigrants. She was raised in the Catholic faith in Paterson, New Jersey, the USA along with her younger brother named, Giuseppe ‘Joey’ Gorga.

Regarding her academic qualifications, she has completed her preliminary education at a Catholic elementary school. Later, for further studies, she was enrolled in the Berkeley College in New Jersey for a course in fashion marketing and management.

Teresa Giudice started her career as a popular reality star and was cast in ‘The Real Housewives of New Jersey’ that brought her fame and celebrity status. Initially, she had worked as an associate buyer for Macy’s, which is a departmental store chain.

While appearing as a cast member of ‘The Real Housewives’ she also tried her hand at writing cookbooks. She has also co-authored three successful cookbooks like ‘Skinny Italian’, ‘Fabulicious: Teresa Italian Family’, ‘Fabulicious!: Fast & Fit’, and ‘Fabulicious! which included recipes passed down from her mother.

Along with K.C. Baker, she has also written her book titled, ‘Turning the Tables: From Housewife to Inmate and Back Again’ which was not only a cookbook but a memoir detailing her time in prison. In 2012, she was cast in ‘The Celebrity Apprentice 5’, also known as ‘The Apprentice 12’.

She reached the fifth position in the competition but got fired on the 12th episode. In 2015, she had also made a guest appearance on the reality show, ‘Teresa Checks In’ three times. Apart from being a reality star and author, as an entrepreneur, she has also created ‘Fabellini,’ a line of Bellini cocktails.

She also launched a haircare line with Jerel Sabella, named after her daughter, ‘Milania’. In May 2017, she has also started a restaurant, ‘Gorga’s Homemade Pasta & Pizza,’ but within eight months it closed its operations.

Her career in the different fields brought in a lot of fame and recognition that caused financial and legal problems for her. In 2009 and 2013, she had filed for bankruptcy.

Here we are providing you a list of Teresa Giudice’s favorite things. 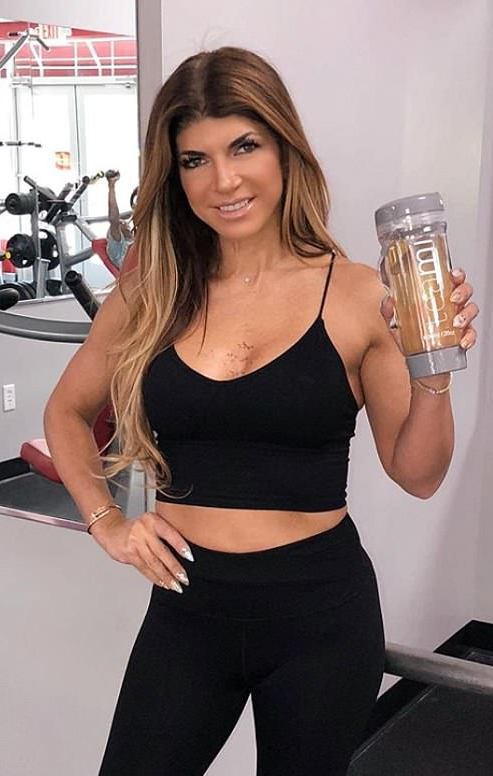 Some Interesting Facts About Teresa Giudice