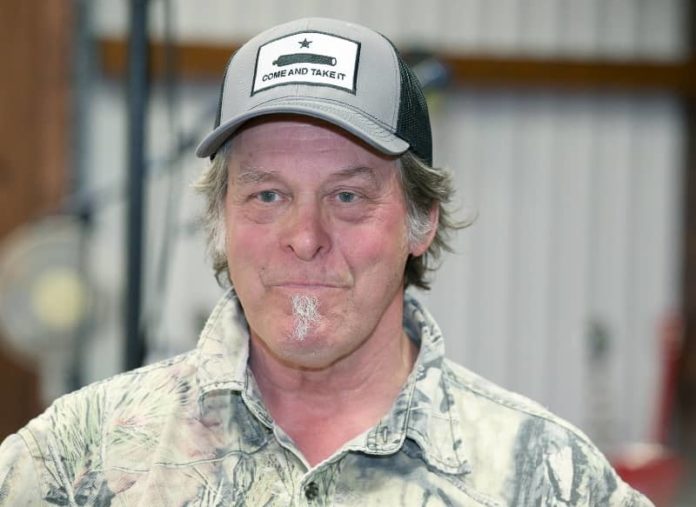 There is no elevator to success, you have to take the stairs, this line has been very well proved by ‘Ted Nugent’ who is an American singer-songwriter, guitarist, and pro-gun political activist. He is born with the name of Theodore Anthony Nugent and is fondly known with different names such as The Nuge, Motor City Madman, Uncle Ted, and Terrible Ted by his near and dear ones.

He is well-known for his bluesy and frenzied guitar playing and his energetic live shows. He is well recognized as the former member and the lead guitarist of the rock band, The Amboy Dukes. But after the band was split, he collaborated with numerous artists and became a member of the rock supergroup, Damn Yankees.

Apart from music, he is a pro-gun political activist and he board member of the National Rifle Association. Mr.Ted is also better known for his political views and controversial statements.

He seems very fit and healthy and weighs 82 kg in kilograms and 181 lbs in pounds approximately. His green eye color and his salt and pepper hair make his personality even more elegant.

As one of the most successful musicians over 7 decades, he made a good fortune of around $10 million. His major source of income is from his music career and television endeavors.

Ted was born and raised in Redford, Michigan in the United States, and belongs to the white Caucasian ethnicity. He is born to his father Warren Henry Nugent was a career army sergeant and his mother Marion Dorothy.

He is grown up with his three siblings named Jeffrey, John, and Kathy. As for his education, he completed his schooling at St. Viator High School in Arlington Heights, Illinois, and William Fremd High School. Thereafter, he attended Oakland Community College to pursue his higher studies.

As of his career, he started his career in 1964 with the formation of the rock band, The Amboy Dukes, and the band’s name comes from the title of a novel by Irving Shulman. He was the only consistent member of the band. His band is better known for their hit single, “Journey to the Center of the Mind”. In 1975, his band released 7 albums before they split.

In 2009, the band reunited again to perform at the Detroit Music Awards. For their contribution to rock music, they were honored with the Distinguished Achievement Award. After dropped the band in 1975 he pursued his solo career and signed to Epic Records.

As a Solo Artist, he released several albums such as Free-for-All, State of Shock, Ted Nugent, Cat Scratch Fever, Scream Dream, and Weekend Warriors under Epic Records. Thereafter, he signed to Atlantic Record and with them released several albums such as Penetrator, If You Can’t Lick ‘Em…Lick’Em, Little Miss Dangerous, Nugent, and Spirit of the World.

In 1989, he joined the supergroup Damn Yankees with Tommy Shaw, Jack Blades, and Michael Cartellone. After that, he released two albums titled Damn Yankees and Don’t Tread. Then, he left the band and revived his solo career, and released other albums under various record labels like Craveman, Shutup & Jam!, Love Grenade and The Music Made Me Do It.

Apart from music, he appeared in some television shows such as Spirit of the Wild on the Outdoor Channel. In 2003, he hosted the VH1 reality tv show, Surviving Nugent as well as hosted Surviving Nugent: The Ted Commandments in 2004.

Reflecting on his personal life, he dated several women in the past before getting married. He got married twice in his life. In 1970, he got married for the first time to Sandra Jezowski. The couple was blessed with a son Theodore Tobias “Toby” Nugent, and a daughter, Sasha Nugent.

But, they parted their ways in 1979. Unfortunately, his wife died in 1982 in a car crash. Later, he married Shemane Deziel with whom he blessed with a son, Rocco Winchester Nugent. He also has 3 other children named Chantal Nugent, Starr Nugent, and Ted Mann from other relationships. 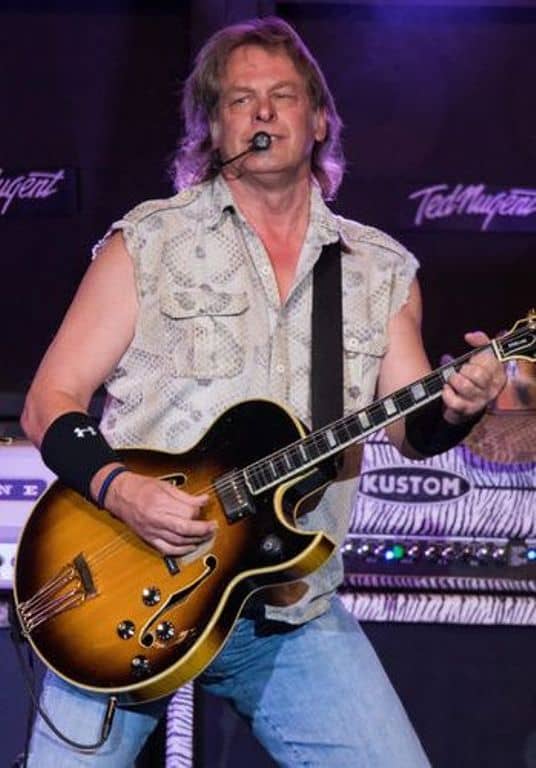 Some Interesting Facts About Ted Nugent