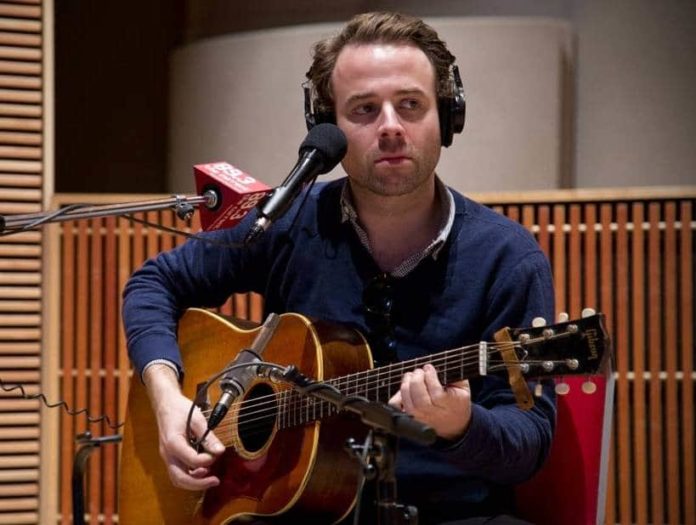 Singers and songwriters are a precious gift to the world, they create music that speaks to our souls, our hearts, and our whole being, this line is very well proved by Taylor Goldsmith who is an American singer-songwriter, guitarist, and record producer.

Moreover, this handsome hunk has accumulated huge popularity as the present lead singer, guitarist, and chief songwriter of the American folk-rock band “Dawes”.

Apart from that, he is also best known for being the husband of Singer-songwriter and actress, Mandy Moore. Recently, Moore and Taylor caught public attention as this couple has been blessed with a cute baby boy.

Born on 16 August 1985, Taylor has turned 37 years old. He seems very tall with his towering height which is 175 centimeters and 5’9” in feet & inches. He is very conscious about his physique and maintains himself with a weight of 77 kilograms and 170 lbs in pounds. His personality is enhanced by his brown eyes and shiny brown hair.

Working as a singer and songwriter, Taylor has gathered a good amount of money from his profession. Having started his career in the year 2002, he has managed to establish himself as one of the eminent personalities. According to the sources, his estimated net worth is $10 million approximately.

Born in Los Angeles County, California, United States, Taylor belongs to the Jewish ethnicity. He is the eldest child of Lenny Goldsmith (father) and Kathy Goldsmith (mother). Moreover, his father also worked as a musician who also toured as the lead singer of the Tower of Power in the 1980s.

Apart from that, he grew up with his younger brother named Griffin in Southern California. Since his childhood, Taylor was very fond of singing. Then, he enrolled at Juan Cabrillo Elementary School. Furthermore, his family moved to Malibu where he completed his schooling at Malibu High School.

Taylor took the first step towards his career in the year 2002, by forming a rock band “Simon Dawes” along with his school-friend Blake Mills as a guitarist. Later, this band was joined by Grant Powell, Damon Webb, and Wylie Gelber as a bassist.

Furthermore, in September 2006, their first full-length album “Carnivore” was released by the band after being signed by a record collection. However, in the year 2007, the band got disbanded after Balke left the band. Moreover, in the year 2009, Taylor came into prominence when he formed a new rock band called “Dawes”.

Apart from that, Taylor’s career reached a great height after his band released its first album “North Hills” under ATO records which ranked at no.23 at the US Heat. In fact, the band gathered huge appreciation and was also signed by HUB records. Other than this, in June 2012, the band also performed at Appel Farm Arts and Music Festival.

on April 14, 2010, the band members made their appearance on “The Late Late Show with Craig Ferguson”. The present members of the band including Taylor are Lee Pardini (keyboards), Wylie Gelber (bass), and his brother, Griffin (drummer).

Besides this, on June 22, 2018, the band released its sixth album “Passwords” under the HUB records. Other band’s albums are “Nothing is Wrong”, “We’re All Gonna Die”, “Stories Don’t End” and “All Your Favorite Bands”. Additionally, in the year 2010, he also joined a band called “Middle Brother” along with Matt Vasquez and John McCauley.

In March 2011, the band released its only album “Middle Brother”. Similarly, Taylor has also written many songs like “Florida Key”, “Liberty Street”, “Diamond Ring”, “Kansas City” and “When I Get My Hands on You”.

Other than this, he is also a songwriter of many songs of his spouse, Moore’s 7th album. Some of his popular written songs are “The Desired Effect”, “Silver Landings” and “Brandon Flowers”. Moreover, on October 2, 2020, the band is set to release its seventh album “Good Luck with Whatever” under Rounder Records.

Taylor is a married man who got married to his beautiful wife, Mandy Moore on November 18, 2018, in Los Angeles, California. Moreover, Moore is a renowned American singer, songwriter, and actress who got huge stardom for her debut single “Candy” which ranked at no. 41 on the Billboard Hot 100.

Apart from that, the couple first met via Instagram, and shortly after Moore got divorced from her former husband, Ryan Adams. Later, in the year 2015, the couple started dating each other. Furthermore, in September 2017, the duo got engaged.

Later, on September 24, 2020, this sweet couple announced that they are expecting their first baby together and posted a monochromic photograph of the couple where Moore flaunted her baby bump with a caption, “Baby Boy Goldsmith coming early 2021”. Furthermore, the duo welcomed their first child, a baby boy in February 2021.

Here we are providing the list of favorites of Taylor Goldsmith: 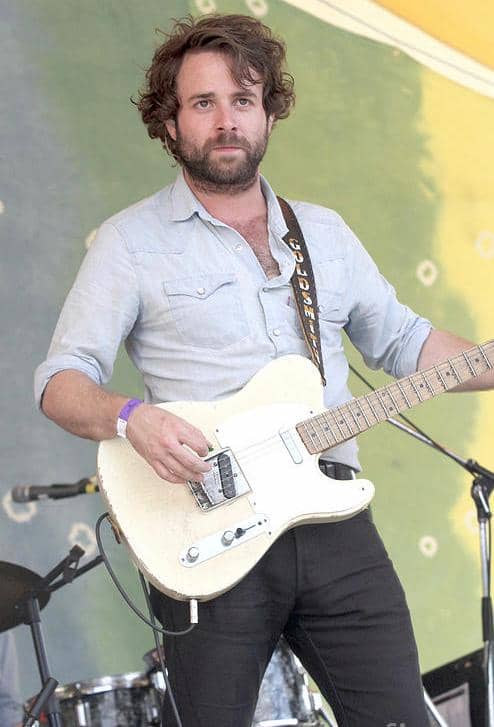 Some Interesting Facts About Taylor Goldsmith