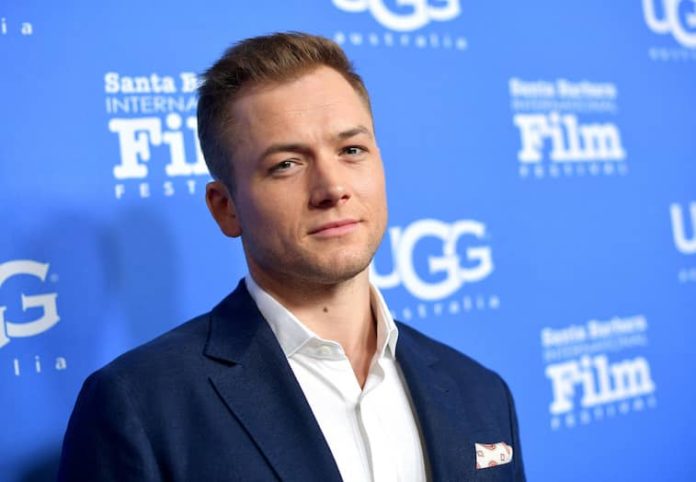 A Welsh actor Taron Egerton, rose to fame for his main roles in the British drama TV series ‘The Smoke’. He was appreciated by the audience and critics for his role in the action spy comedy film ‘The Kingsman: The Secret Service’. He was born Taron David Egerton on November 10, 1989.

He developed his interest in acting during his teenage and studied acting at the Royal Academy of Dramatic Art. For the British drama film ‘Testament of Youth’, he received positive reviews from critics. The movie was based on the true story of a young woman who leaves her studies to become a war nurse.

The weight of Taron Egerton is 75 kg or 165 lbs in pounds. He is 178 cm and in feet inches; his height is 5’10” tall. He turned 33 years old. His hair color is dark brown and his eye color is hazel green. His chest is 42 inches, waist is 32 inches, and biceps 16 inches. He has a charming build-up with an attractive smile.

Taron’s net worth is estimated to be $6 million approximately.

Taron Egerton was born in Birkenhead, Merseyside to a single mother Christine who was involved in social services. He belongs of Welsh descent and speaks with a Welsh accent. He went to Ysgol Penglais School for preliminary education. He attended the Royal Academy of Dramatic Art and pursued a bachelor’s degree in acting.

In 2011, he made his acting debut with a minor role in the TV series ‘Lewis’. In the following, he appeared in the short films ‘Pop’ and ‘Hereafter’. In 2014, he bagged an important role on the silver screen, in the drama film ‘Testament of Youth’.

For his performance, he was nominated at London Film Festival Award for British Newcomer in 2014. In the same year, he was starred in a commercial success action spy comedy film ‘Kingsman: The Secret Service’, for which he won the Empire Award for Best Male Newcomer.

In 2015, he appeared in the crime thriller film ‘Legend’ for which he also received numerous awards and nominations. He represented Eddie Edwards, a British skier in the biographical sports comedy-drama film ‘Eddie the Eagle’. In 2016, he worked as a voice artist in the animated musical film ‘sing’. Some Interesting Facts About Taron Egerton