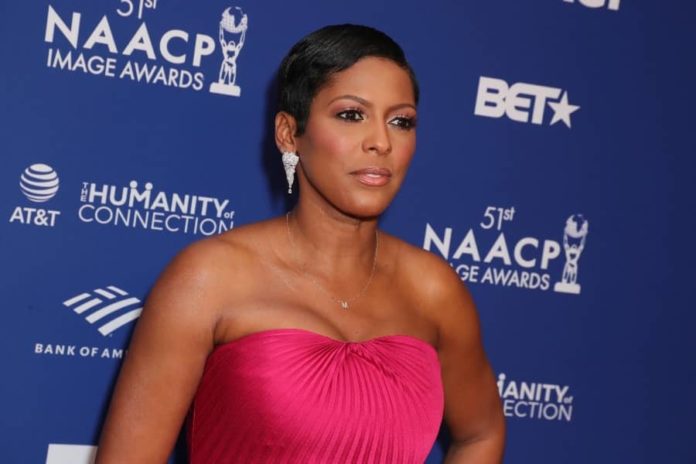 The duty of the journalist is, to tell the truth, journalism means you go back to the actual facts, you look at the documents, you discover what the record is and you report is that way, this line is very well proved by Tamron Hall who is a famous journalist and TV host.

Moreover, she is widely eminent as formerly associated with NBC as a National correspondent is one of the happening personalities in the field of media and journalism.

Born on 16 September 1970, this eminent journalist has turned 52 years old. This lady has a good height of 175 Centimetres and is 5’9” in Feet & Inches. Her black eyes and shiny black hair enhance her beauty.

As a journalist and social worker, Tamron earns a very decent amount of net worth from her professional career. According to the sources, her estimated net worth is $5 million approximately. Apart from that, she has also been widely involved in charity works and raised funds against HIV and AIDS, poverty, human trafficking, and sexual abuse.

Born in Luling, Texas, USA, Tamron belongs to the African-American ethnicity. She is the lovely daughter of Mary Newton (mother) and there is no information about her father. Apart from that, she also had a sister named Renate, who was murdered in her house in Houston.

It was also said that her dead body was floating in her backyard pool. As for her education, Hall completed her schooling in her native town. Later, she attended Temple University and graduated with a Bachelor of Arts degree in Broadcast Journalism.

Tamron started her broadcasting career with KBTX in Bryan, Texas, as a general assignment reporter. Later, she moved to KTVT, a CBS-owned-and-operated television station serving Dallas, in Fort Worth, Texas. Later, she joined WFLD-TV, a Fox-owned-and-operated television station in Chicago, Illinois and as a former resident of Chicago, she reported on issues related to local politics.

Furthermore, she also hosted the three-hour ‘Fox News in the Morning’ at WFLD-TV and covered many ‘breaking news’ stories including Amtrak’s devastating train-truck collision in 1999. Moreover, in the same year, she also launched a consumer report segment, ‘The Bottom Line.

She worked as a general reporter and fill-in anchor, and first gained prominence as a substitute anchor along with Keith Olbermann on the ‘Countdown with Keith Olbermann’ program. After some time she joined David Shuster as co-host of ‘The Big Picture, a two-hour program that started in June 2009 and concluded in January 2010.

She also served as a host in ‘News Nation with Tamron Hall’ when it was launched in 2010. It aired on weekdays featuring global and entertainment news, coverage of US, high profile interviews, including live television broadcast from Ground Zero in New York City after Osama Bin Laden’s death was announced.

In the year 2011, she covered the final space shuttle launch and Hurricane Isaac in 2012. In October 2010, she was the correspondent of the NBC News special program ‘The Inauguration of Barack Obama’.

Later, she started hosting another series, ‘Deadline: Crime with Tamron Hall’, on Investigation Discovery from September 2013. She rose to huge prominence when she began hosting NBC’s ‘Today’ in 2014, as she became the first African-American woman to serve as a co-anchor in the program.

In the year 2014, she also appeared in an episode of ‘Running Wild with Bear Grylls’. Furthermore, in the year 2017, Hall quit NBC News and MSNBC. After that, she teamed up with Harvey Weinstein of The Weinstein Company and co-founder of Miramax, a film and television production company in July 2017. Later on January 22, 2019, ABC Entertainment named Bill Geddie as executive producer for Hall’s show.

Talking about her personal life, Tamron has been in a relationship with MSNBC’s anchor Lawrence O’Donnell back in 2012. Both of them kept their affair low profile. During an interview with Harvey, she explained her challenges to find love in her life.

Many people used to ask her when will she get married and it was a difficult question for her to respond to. Surprisingly, Hall replied that she has a boyfriend. However, she didn’t disclose much information about her beloved.

As of now, her pregnancy revealed that her mysterious boyfriend is Steven Greener, a music executive. According to some sources, Tamron might marry in early 2018 Steven Greener.

Here we are providing the list of favorites of Tamron Hall: 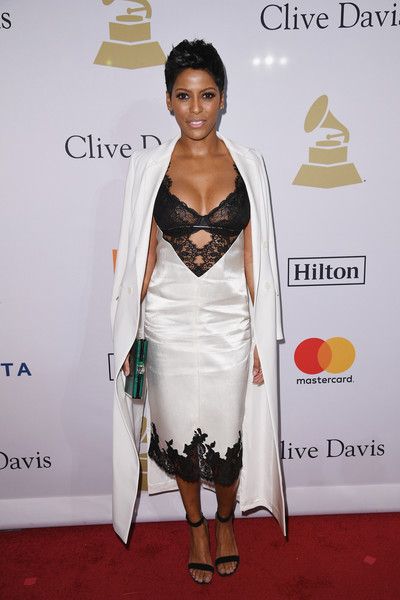 Some Interesting Facts About Tamron Hall