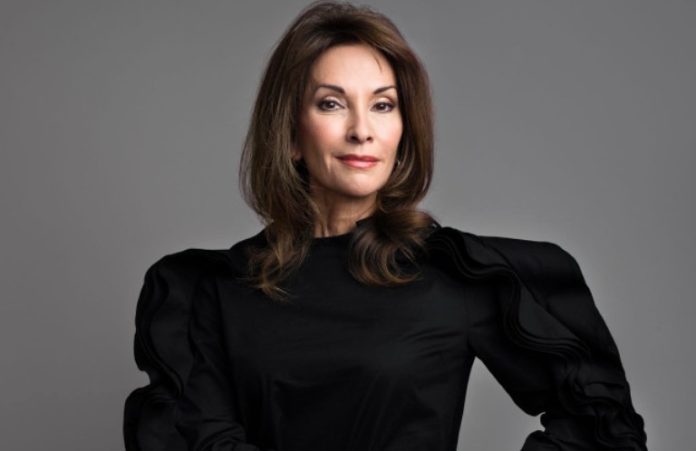 The road to success is not easy to navigate but with hard work, dedication and passion, it’s possible to achieve the dream, this line is very well proved by Susan Lucci who is an actress, singer, television anchor, author, and businesswoman. Moreover, she is widely known for her long-running role in the soap opera “All My Children”.

In fact, her role is also taken as one of the most popular characters in the history of soap operas where TV Guide named her in The 60 Nastiest Villains of All Time list in 2013. Apart from that, this versatile diva finally won a Daytime Emmy Award for the role of Erica Kane in All My Children (1970) in 1999.

Born on 23 December 1946, this renowned personality has turned 74 years old in the year 2020. This lady has a good height of 155 in Centimetres and 5’1” in Feet & Inches. Her brown eyes and shiny dark brown hair enhance her beauty.

According to the sources, Susan’s estimated net worth is $60 million approximately. it is all her hard work and dedication that has established her as one of her successful personalities. Through her earnings, she is able to live a lavish and luxurious lifestyle.

Born in Scarsdale, New York, Susan belongs to mixed ethnicity. She is the lovely and talented daughter of Victor Lucci (Father) and Jeanette Granquist (Mother). Her father is of Italian descent while her mother is of French, Swedish, and German heritage. Apart from that, she grew up with her elder brother named James Lucci.

As for her education, she studied at Garden City High School and graduated in 1964. Later, she enrolled at the Marymount College in Tarrytown, New York. Moreover, in the year 1968, she majored in drama and earned a Bachelor of Arts degree in drama.

Talking about her career, Lucci worked as Erica Kane on the ABC television soap opera ‘All My Children’ from 16th January 1970 to 23rd September 2011. Moreover, in the year 1978, she got the nomination for the Outstanding Lead Actress in a Drama Series Emmy for her on All My Children.

Furthermore, in the year 1982, she served a minor role in the comedy film Young Doctors in Love. Apart from that, Susan also got the golden opportunity to play the role of Darya Romanoff in the Golden Globe and Emmy Award-winning TV movie Anastasia: The Mystery of Anna in the year 1986.

Later, she also made her appearance on the nighttime soap opera Dallas from 1990 to 1994. Other than this, in the year 2008, she took the part in Season 7 of Dancing with the Stars with dance partner Tony Dovolani. However, on 5th November 2008, she was eliminated from the show and was sixth in the competition.

Later, this stunning beauty was also performed on The Colbert Report in a segment reflecting the soap opera-like nature of the Petraeus scandal on 15th November 2012. Besides this, she was inducted as a Disney Legend in the year 2015.

Additionally, she also got appeared as a Shelley Waxman in Difficult People in the year 2017 and gave a voice in an animation movie Ralph Breaks the Internet (2018). Susan also wrote an autobiography titled ‘All My Life: A Memoir’ which was released on 29th March 2011.

Reflecting on her personal life, Susan entered into a romantic relationship with Helmut Huber. After dating each other for a while, this sweet couple tied the sacred knot of marriage in the year 1969.

Later, the couple was blessed with a daughter named Liza Humber, a soap opera actress born on 22nd February 1975, and Andreas Huber, an aspiring professional golfer. Furthermore, Susan became a grandmother when her daughter, Liza gave birth to Royce Alexander on 23rd December 2006 and Brendan, on 16th August 2008.

Here we are providing the list of favorites of Susan Lucci: 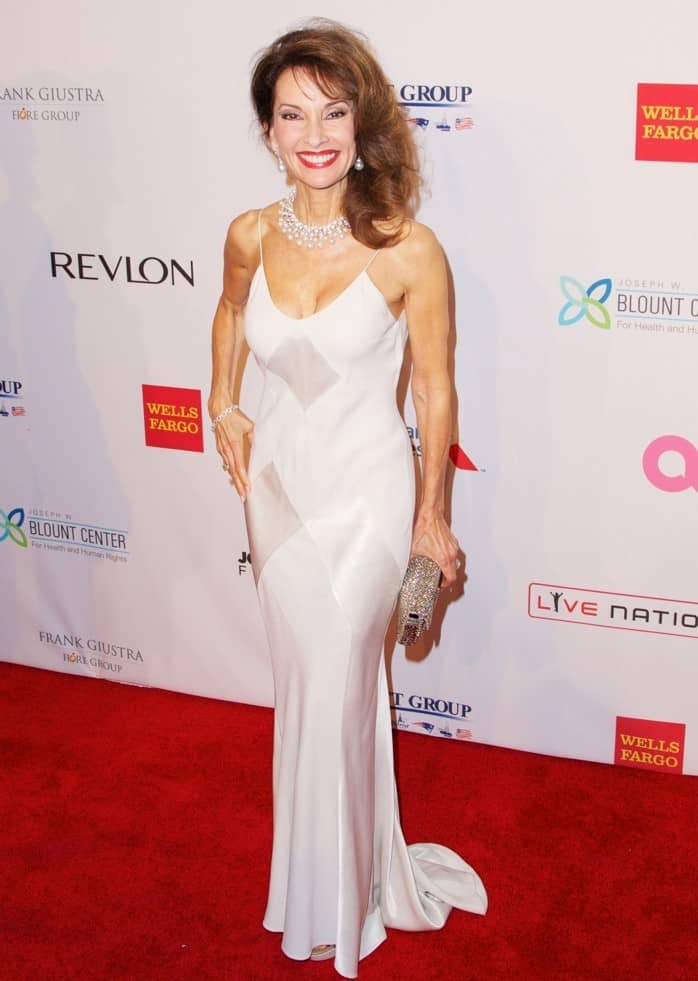 Some Interesting Facts About Susan Lucci