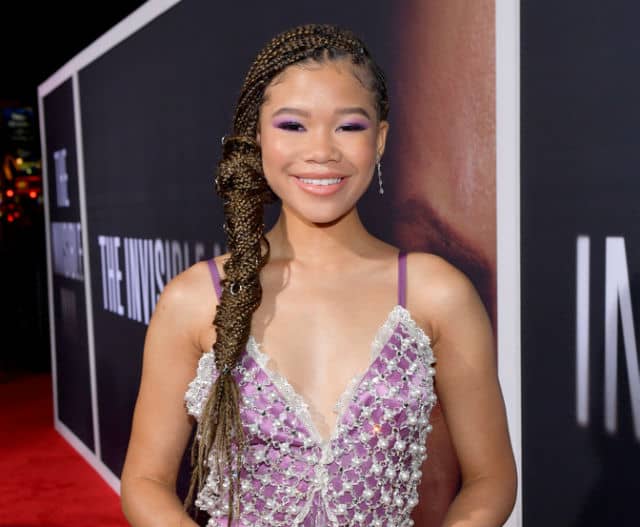 An American actress Storm Reid is known for being featured in the Academy Award-winning film ‘12 Years a Slave’ alongside Brad Pitt and Paul Giamatti. She also appeared in one of the lead roles in the 2018 science fantasy flick ‘A Wrinkle in Time’.

Apart from being on the silver screen, she is a television actress, who has done a number of television projects like ‘Adam DeVine‘s House Party’, ‘NCIS: Los Angeles’ and ‘Nicky, Ricky, Dicky & Dawn’. At the age of 3, she had her first acting role in a television commercial.

Since then, the young actress didn’t leave any opportunity to enthrall everyone with her brilliant acting skills. Aside from her amazing performances, being so young she has the zeal to inspire other young people with her work. She is a bright student who loves science and mathematics and also good at drawing and singing.

Storm Reid weighs 51 kg and 112 lbs in pounds. She is a brilliant actress who is 170 cm or in feet, inches 5’7” tall. She has curly and long black hair color and sharp wide black color eyes.

According to the sources, the estimated net worth of Storm Reid is $1 million USD approximately.

Born on July 1, 2003, Storm Reid is a native of Atlanta, Georgia, USA. She was born to a personal trainer and film producer Rodney Reid and Robyn Simpson. She was the youngest in the family and was raised along with her older brother named Josh as well as two elder sisters, Iman and Paris. She is completing her high school graduation from a local high school in Atlanta.

At the age of 3, Storm Reid began acting career and appeared in a few of the television commercials. at the age of three. In 2012, she made her film debut from the short film ‘The Girls of Summer’. In the award-winning movie “12 years a slave”, she appeared in the role of Emily.

It was a biographical period drama movie which also starred Michael Fassbender, Paul Dano, Benedict Cumberbatch, Paul Giamatti, Sarah Paulson, Lupita Nyong’o, Alfre Woodard and Brad Pitt. She also had roles in the short movie ‘The Spirit Game’ as well as in the television dramas ‘The Thundermans’ and ‘Adam DeVine’s House Party’.

She made a guest appearance in ‘NCIS: Los Angeles’ and ‘Nicky, Ricky, Dicky & Dawn’. In 2015, she appeared in the movie ‘The Summoning.’ In the movie ‘White Water’ she also starred opposite Paula Jai Parker which is the story of a young black boy in segregated 1963 Opelika, State of Alabama, who gets obsessed with the wish to have water from the “white’s only” drinking fountain.

Next year, she appeared in a major role in the movie “Gemma” which also featured Anya Margolin and Isabella Margolin in the lead roles. She played the role of Aki in ‘An American Girl: Lea to the Rescue’, a family drama about an adventurous young girl who takes a trip to a Brazilian forest and finds a way to rescue her brother who had disappeared mysteriously.

She was cast as Sparkle in Ken Feinberg’s ‘Santa’s Boot Camp’ alongside other artists like Eric Roberts, Elijah Marcano, Kyla-Drew, Doug Kaye, and William J. Harrison. In 2017, she appeared in the sci-fi drama “Sleight” as Tina Wolfe. The movie focused on a street magician in Los Angeles and grossed $4 million worldwide against a $250,000 budget.

She was also featured in the comedy-drama film ‘A Happening of Monumental Proportions’ where she played Patricia Crawford. In 2019, the young actress appeared in the ‘A Wrinkle in Time’, ‘Relive’, and ‘Killing Winston Jones’.

Here we are providing you the list of Storm Reid’s favorite things. 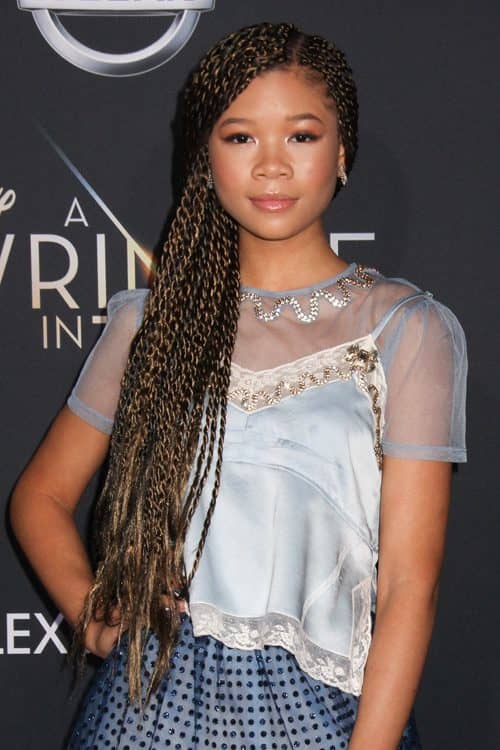 Some Interesting Facts About Storm Reid