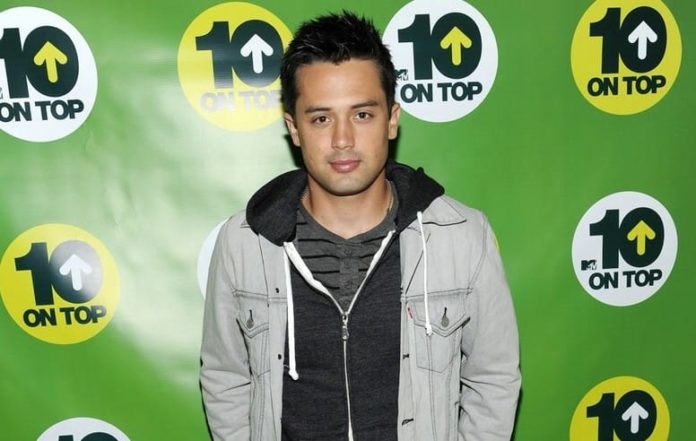 The price of success is hard work, dedication towards the dream, this line has been very well proved by Stephen Colletti who is an American actor and television personality. Moreover, he is eminently known for his role as Chase Adams on the CW drama series “One tree hill”.

Besides this, Colletti accumulated huge fame for his appearance on the MTV reality television series Laguna Beach: The Real Orange County for which he was also nominated for Teen Choice Award for ‘Choice TV Reality/Variety Star – Male’ in the year 2005.

Born on February 7, 1986, this handsome actor has turned 36 years old. He seems enough tall with his height which is 182 in centimeters and 6 feet. He maintains himself very fit and healthy with a weight of 75 in kilograms and 165 lbs in pounds.

This Eminent actor, Stephen earns a very handsome amount of net worth through his professional career in the entertainment industry. Having started his career in the year 2004, Colletti has managed to establish himself as one of the successful actors in the world of acting. According to the sources, his estimated net worth is $1 million approximately.

Born in Newport Beach, California, United States, Stephen belongs to mixed ethnicity. He is the loving and caring son of Bruce Colletti (father) and Lorilee Colletti (mother). Moreover, he grew up in Laguna Beach, California with his elder brother, John, and an elder sister, Lauren.

As of his education, Colletti studied at Laguna Beach High School during which he also worked in a surf shop in Laguna Beach, CA. Furthermore, he joined San Francisco State University. After graduating from the University in the year 2007, he moved to Los Angeles in order to pursue his career in acting.

Moving towards his career, Stephen took the first step towards his career in the year 2004 by appearing in a reality television series “Laguna Beach: The Real Orange County”. Moreover, he also made his crucial appearance in the show for the second season.

In fact, the New York Times described his role in the series as “still fighting to acquire some charm to animate his idol looks” in the year 2006. But, he did not return for the show’s third season as he took a break from acting to complete his education.

Furthermore, Stephen appeared as himself in an episode of MTV Reality Television Series “The Hills” in the year 2007. In the same year, he also made his appearance on MTV’s Total Request Live for three episodes. Besides this, in February 2009, he appeared in the music video “White House” by Taylor Swift in the role of love interest.

Apart from that, Colletti acted as Teddy Reynolds in the American drama television series “Hit the Floor” from 2013-2016. In addition to this, he got appeared in two television films “Everyone is Doing Great (2017)” and “Hometown Christmas (2018)”.

Other than this, he has also acted in numerous movies which include “All About Christmas Eve“, “Normal Adolescent Behaviour”, “Slaughter Katie Malone”, “Big Name Undercover” and “Summer Forever”. Thereafter, he played the role of Dan Clark in the movie “The Wedding Do Over” in the year 2017. After that, he got appeared in the movie “Hometown Christmas” in 2018.

Talking about his relationship status, Stephen isn’t married yet. However, this handsome hunk has been dated, several beautiful girls. In the year 1999, he was in a relationship with Lalaine but this relationship came to an end in the year 2001. After that, he started to date his high school friend, Kristin Cavallari.

In fact, their lovely relation has also been shown in a reality show, “Laguna Beach”. However, after dating each other for several years, the duo got separated in the year 2004. But in the year 2020 after almost after 16 years, Stephen got reunited with his ex-girlfriend, Kristin who shared a picture of both cuddling on Tuesday, August 4, 2020, with a caption: “2004 or 2020”.

Here we are providing the list of favorites of Stephen Colletti: Some Interesting Facts About Stephen Colletti