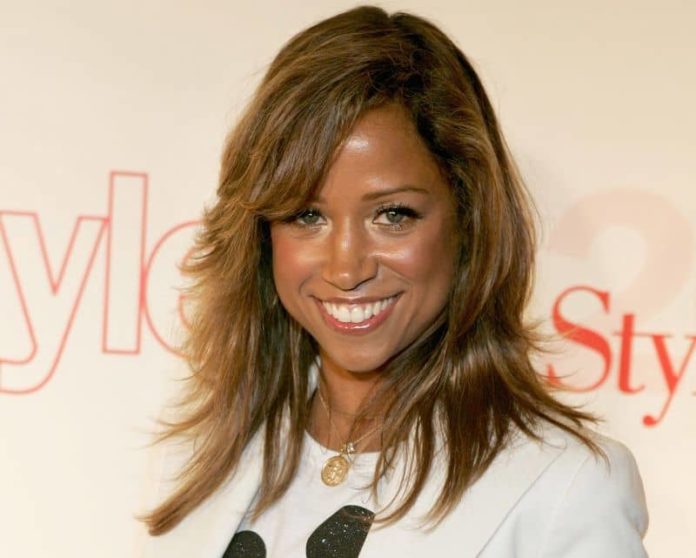 A vintage and flawless beauty, Stacey Dash is an eminent American Actress, Former Talk Show Host, Republican, and Social Media Personality who is better known for her major role of Dionne Marie Davenport in the film “Clueless”.

She is known for her outgoing and straightforward personality. In addition to this, this gorgeous lady has stolen the heart of many people with her stunning looks and acting skills. She has a cute smile, beautiful looks with an attractive and charming personality.

This Stunning beauty Stacey Lauretta Dash seems tall with a height of 163 in centimeters and 5’4” in feet & inches. Born on, January 20, 1967, this beautiful lady has turned 53 years old in the year 2020. She possesses a healthy, lean, and fit figure with a weight of 55 in kilograms and 121 lbs in pounds.

Her body is complemented by her beautiful Hazel eyes and her silky long brown hair. She is very conscious about her physique and her figure measurements are 36 inches breast, 25 inches waist, and 36 inches hips. Her Bra Size is 34B.

According to updated sources, her net worth is estimated to be $8 million approx.

Stacey was born and raised up in The Bronx, New York, United States and belongs to Multiracial ethnicity. She is the lovely daughter of her father Dennis Dash and her mother Linda Dash. She has a brother too named Darien Dash.

She completed her schooling at Paramus High School. However, she never disclosed much information about her educational background.

She commenced her career in 1985 with The Cosby Show episode “Denise’s Friend” as Michelle. But, she got her major breakthrough with the 1995 teen comedy film Clueless. She appeared in View from the Top in 2003. She began her lingerie line called Letters of Marque in 2006.

In 2007, she acted in various films as I Could Never Be Your Woman, Nora’s Hair Salon II, Fashion Victim, Ghost Image, and American Primitive. She performed in the reality television series Celebrity Circus in 2008.

In 2018, she contested in California’s 44th congressional district in the 2018 Congressional Election as a Republican. She was arrested on domestic battery charges inflicted on her husband Jeffrey Marty on September 29, 2019.

In the 1980s, she involved in a love affair with her ex-boyfriend “Christopher Williams” with whom she shares a child named Austin Williams. In 1999, she got married to producer “Brian Lovell” and also welcomed a daughter named Lola in 2003. But, they parted ways and took divorce in 2005.

After that, in 2005, she even wedded to her second spouse “James Maby”. Her third marriage was with actor Emmanuel Xuereb and both stayed together from 2007 to 2011. However, she got married for the fourth time to lawyer and journalist, Jeffrey Marty. 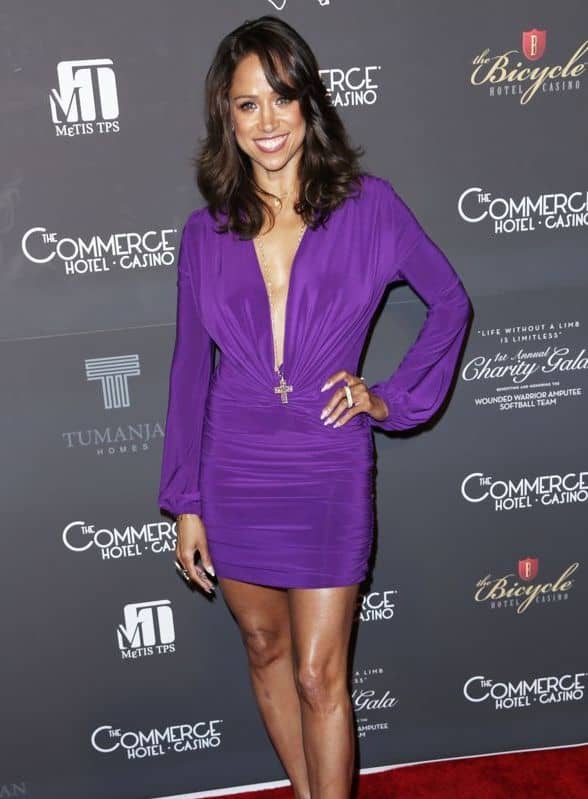 Some Interesting Facts About Stacey Dash