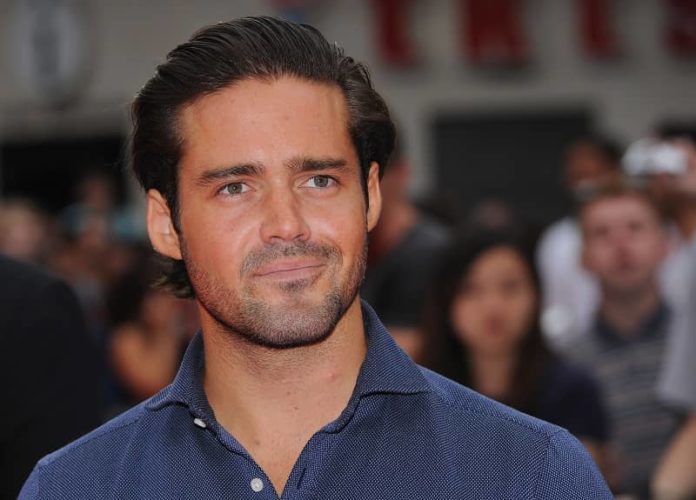 The true entrepreneur is a doer, not a dreamer, this line has been very well proved by Spencer George Matthews who is a British entrepreneur and television personality. He is popularly known as Spencer Matthews who gained huge fame for starring on other television shows such as “Celebrity MasterChef” and “The Jump”.

Moreover, this handsome star is also eminently known as the founder and CEO of CleanCo, a low and no alcohol drinks company.

He is very conscious about his physique and maintains himself with a weight of 73 kilograms and 161 lbs in pounds. His personality is enhanced by his dark brown eyes and shiny black hair.

This versatile guy, Spencer earns a very decent amount of net worth throughout his professional career. According to the sources, his estimated net worth is $15 million approximately.

Having started his career by starring in the reality show “Made in Chelsea”, Matthews has established himself as one of the most successful personalities in the industry. Thus, with his hard work and dedication, he has accomplished heights in his career that normally take an individual a lifetime to achieve.

Born in Grantham, Lincolnshire, England, Spencer belongs to the British-white ethnic background. He was born as the third son of landowner and entrepreneur David Matthews from his second marriage to Rhodesian-born Jane Spencer Parker, an artist. Moreover, he also has two older brothers James and Michael, and an older half-sister, Nina.

Unfortunately, his brother, Michael died at the age of 22 scaling Mount Everest in 1999. As for his education, Matthews studied at Eton College. After that, he joined the University of Southern California where he studied Cinema and Television with the aim of becoming an artist but dropped out after nine months.

Moving towards his career, Spencer started his professional career through the E4 constructed reality show Made in Chelsea. Later, he won the fourth series of Channel 4’s competition show, The Jump in the year 2017.

After that, he took part in and reached the final of Celebrity Masterchef in the year 2018. In fact, Matthews also became the face of Cartoon Network’s Ben 10 Deluxe Omnitrix Watch in the same year.

Furthermore, he also worked alongside his wife on their own E4 show “Spencer, Vogue, and Baby Too” in the year 2019. Moreover, this talented personality also co-founded a bespoke diamond retailer, Eden Rocks, and Clean Liquor Company which sells low alcohol drinks.

Besides this, he has presented for the BBC’s Watchdog, appeared in a CBeebies 2019 marketing campaign, and has also worked with the Agricultural and Horticultural Development Board. Apart from that, Spencer has also published his outstanding book named Confessions of a “Chelsea Boy: The Autobiography” on 27th April 2014.

Talking about his relationship status, Spencer is a married man. He tied the sacred knot of marriage with Irish model Vogue Williams on 8th June 2018 at his family’s Glen Affric Estate. Later, this lovely couple was blessed with a lovely son named Theodore, born on 5th September 2018, and a daughter, Gigi who was born on 22nd July 2020.

Recently, the duo has announced in November 2021 that they are expecting their third child – a new playmate for Theodore, three, and one-year-old Gigi – next Spring.

Here we are providing the list of favorites of Spencer Matthews: Some Interesting Facts About Spencer Matthews