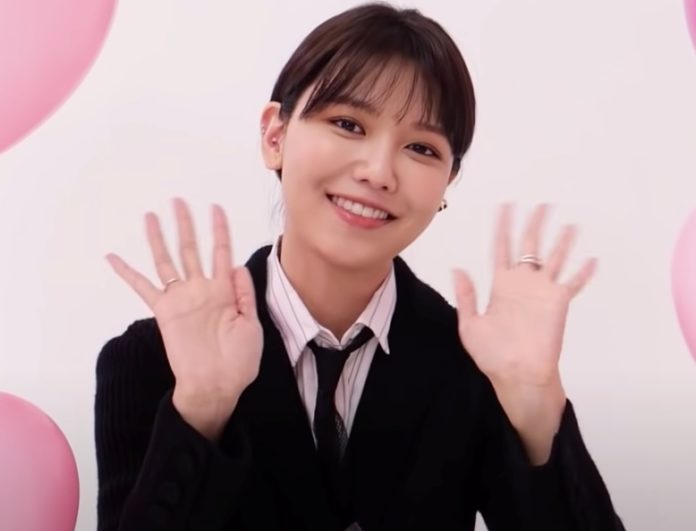 Success is the sum of small efforts repeated day in and day out, this line has been very well proved by ‘Sooyoung’ who is a South Korean actress, singer, and songwriter. She is well recognized to be a member of the K-pop girl group, “Girls’ Generation”.

She is considered one of South Korea’s most popular girl groups worldwide and one of the best-selling artists in South Korea. In the K-pop girl group, “Girls’ Generation”, she performed as a lead dancer, lead rapper, and supporting vocalist. She also worked as an actress apart from her singing career.

Her beauty is enhanced by her brown eyes and black hair. She is very conscious about her health and maintains her figure with the measurement of 32 inches breast, 23 inches waist, and 34 inches hips.

She had quite good earnings from her professional career as a singer and actress and has a net worth estimated of around $10 million.

Sooyoung was born and raised in Gwangju, Gyeonggi, South Korea and belongs to Asian ethnicity. She is born to her father Choi Jungnam and her mother Moon Sohee. She also has a lovely sister named Choi Soo Jin who is an actress and singer.

As of her education, she completed her schooling at JeongShin Women’s High School and further enrolled at Chung-Ang University to major in film studies.

As of her career, in 2002, she made her debut in the Japanese-Korean idol group, “Route 0”. In 2003, the group got disbanded and in 2007, she debuted in South Korea as a member of the girl group Girls’ Generation. Sooyoung went on to make history with the release of their hit single, “Gee”(2009) alongside 7 other members.

Sooyoung was also involved in acting as well apart from her singing career and made her appearances on “Unstoppable Marriage” “Oh! My Lady”, and “Hello, Schoolgirl”. Sooyoung also wrote lyrics for “How Great is Your Love” “Sailing(0805)”, and “What Do I Do”. In 2013, she also co-wrote the song, “Baby Maybe”.

As of her personal life, she is not married yet but she is in a romantic relationship with her boyfriend, Jung Kyung-ho who is a popular South Korean actor who acted in films such as “When the Devil Calls Your Name”, “Smile, You”, “Heartless City” and  “Hospital Playlist”.

Here we are providing the list of favorites of Sooyoung: Some Interesting Facts About Sooyoung