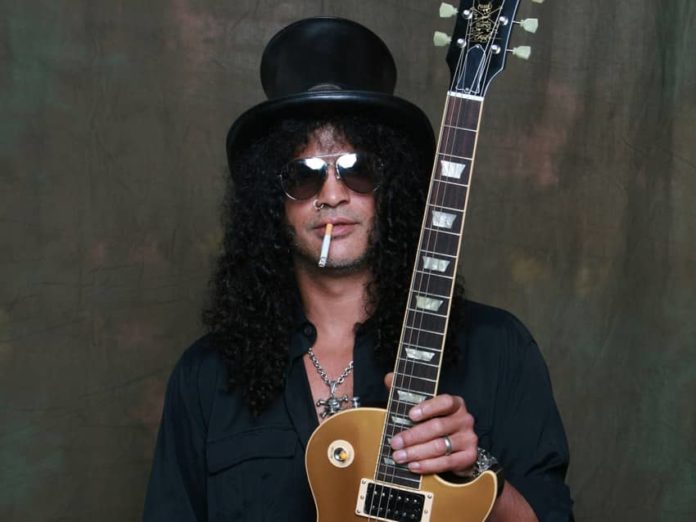 Music is the strongest form of magic and this magic was spread by a British American musician and songwriter, ‘Saul Hudson’ who is better known as ‘Slash’. His nickname ‘Slash’ which means always in a hurry, was set up by American actor, Seymour Cassel.

He is famous as the guitarist of the American hard rock band “Guns N’Roses” and is considered one of the greatest guitarists in rock history. Additionally, in 2011, he was ranked at 65 on the top 100 Greatest Guitarists of all time by Rolling Stone.

Initially, he was fascinated to become a biker but his passion for music made him focused more on his music career.

He seems younger with his black eyes and brown hair. His body measures 40 inches chest, 34 inches waist and 33 inches hips and biceps size is 14 inches approximately.

He has earned a handsome amount of money from his profession and he is living a luxurious lifestyle with his earnings in Los Angeles. According to the sources, the estimated net worth of Slash is $100 Million approx.

Slash was born and raised up in Hampstead, London, UK and belongs to British-black descent. He is born to his father Anthony Hudson was an English musician and his mother Ola J. Hudson was a fashion designer and costumier. He also has a brother named Ash Hudson.

He started living with his mother as his parents got divorced when he was 9 years old. He completed his schooling at Beverly Hills High School but he was always interested in music and later started taking guitar classes from Robert Wolin.

Per his career, he began his professional career in 1981 by joining his first band, “Tidus Sloan”, After that, he formed his own band “Road Rew” after two years with his friend Steven Adler. Later, he joined the newly founded band “Guns N’ Roses” in 1985 along with Adler. In 1987, Guns N’ Roses released their debut album, “Appetite for Destruction” along with its hit single, ‘Sweet Child o’ Mine”.

Later, in 2002, he formed a hard rock supergroup, “Velvet Revolver” along with Duff McKagan, Dave Kushner, Scott Weiland, and Matt Sorum. The group achieved much success and recognition with the release of their debut album, “Contraband”. He left Velvet Revolver in 2008 after a successful stint with the group.

Thereafter, he began to focus on his solo career. In 2010, he released his debut solo self-titled album, “Slash” which featured hit songs including “Beautiful Dangerous”, “Nothing to Say”, “Starlight” and “Back from Cali”. In 2012, he released his second album titled “Apocalyptic Love” which was debuted at #2 on the Canadian Albums Chart.

In 2007, his autobiography was published and also assisted in the autobiography “The Heroin Diaries: A Year in the Life of a Shattered Rock Star”.

Reflecting on his personal life, she got married twice in his life. He got married for the first time to actress and model, Renee Suran on October 10, 1992, and the couple doesn’t have any children together.

They parted their ways after their five years of marriage in 1997. Later, he got married to Perla Ferrar on October 15, 2001, with whom he welcomed two sons, London Emilo and Cash Anthony. But, the couple got separated in 2014. 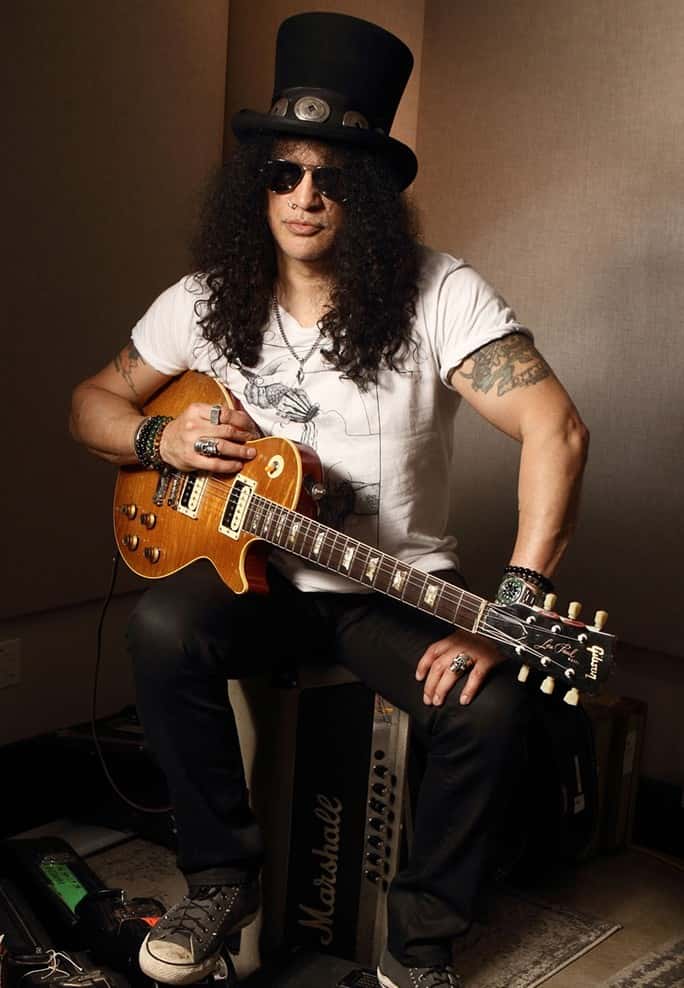 Some Interesting Facts About Slash