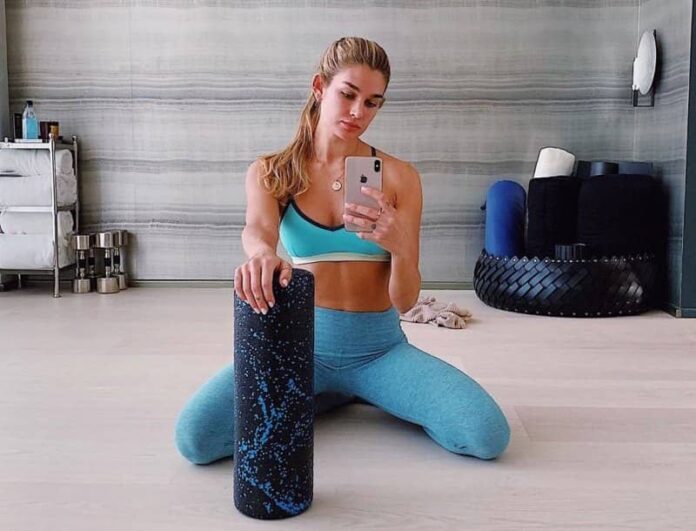 Rose to fame as the girlfriend of television host Ryan Seacrest, Shayna Taylor is a popular model. The two got back in 2017 and have been going strong ever since after having been in a relationship for about a year previously. Signed by Wilhelmina Models agency, Taylor got into modeling way back in 2012.

Taylor turned to her love and passion for staying healthy and fit beside her modeling success which has helped Taylor create her Instagram handle, My Bikini Kitchen. After appearing on the cover of various magazines and publications, she now updates her followers with a whole lot of recipes that are enriched with nutritional value. Taylor values staying fit and cautious of what she eats, she also loves to cook her own food.

Born on 24th of March 1992 Shayna Terese Taylor has turned 30 years old. She is tall slim and has a stunning body figure. Her body figure measurements include her breasts which are 34 inches, her waist which is 30 inches, and her hips which are 34 inches. Her height measures 5 feet 9 inches underweight is 54 kg approximately, she wears number 8 in the shoe size. Shayna has brown colored hair and the color of her eyes is black.

Shayna Terese Taylor was born and raised in New Mexico, United States of America. Taylor has been quite private about her personal life and has not shared the details about her parents or siblings. She has studied at The Art Institute of California and is a trained chef and has studied culinary arts as well.

There is more to Shayna Taylor than just her relationship status as the present girlfriend and live-in partner of television superstar Ryan Seacrest.  Along with Bryden Jenkins Taylor had signed a two-year deal with Wilhelmina Models in 2012 as she was professionally a model during that time.

Taylor has been on the cover of various magazines and features and was featured in a segment of ‘Access Hollywood’ in 2013. Taylor operates another Instagram handle by the name ‘My Bikini Kitchen’ apart from her personal Instagram account where she posts fashion and lifestyle photos.

As a trained cook, she loves to make her own food and was even featured on her boyfriend Seacrest’s show ‘Live with Kelly and Ryan’. Shayna also serves as a physical trainer and fitness enthusiast and hits the gym regularly. As a model, chef, blogger, Taylor has her own fan following.

Shayna has been in a relationship with her boyfriend Ryan Seacrest for a long time but they have not revealed if they are willing to step up the relationship anytime soon.

Here we provide you the list of Shayna Taylor’s favorite things. Some Interesting Facts About Shayna Taylor