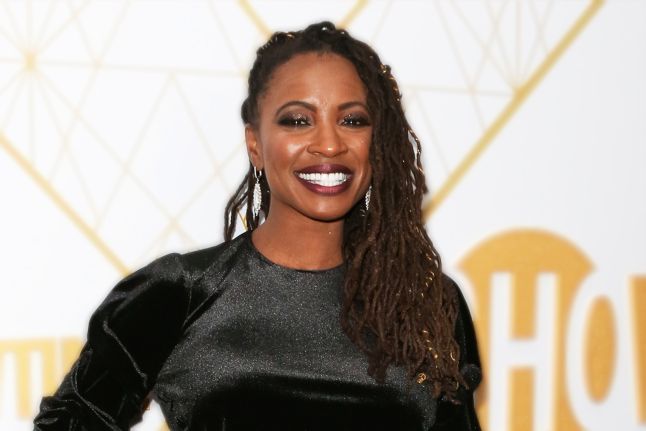 An American actor Shanola Hampton earned popularity for her role as ‘Veronica Fisher’ in the comedy TV series ‘Shameless’. She started her acting career in 2001 with the TV series ‘Electra Woman’ and ‘Dyna Girl’. She was born on May 27, 1977, in Charleston, South Carolina. She became the face model in the post-apocalyptic video game ‘Left 4 Dead 2’.

Shanola Hampton weighs 55 kg and 121 lbs in pounds. She has a short height of 158 cm or in feet inches 5’2”. She has black hair color and sparkling dark brown eye color. In May, she will turn 45 years old.

Shanola’s net worth is estimated to be $1 million approximately.

Shanola Hampton was born to Gralin N. Hampton who was a pastor and Anne Hampton. As a kid, she used to sing in church and belonged of Afro-American origin. She went to ‘Summerville High School’ and she was enrolled in ‘Winthrop University’ where she pursued a degree in theatre and earned a ‘Master of Fine Arts’ in acting. She worked as a bartender at the ‘Goose Island Brewery’ for a living.

At the age of 24, she started her acting career as a theatre actor in the musical ‘Gift’ at the ‘Tiffany Theatre’ in Hollywood. She played the role of ‘Daisy’ in the television series ‘Electra Woman and Dyna Girl’. She made a guest appearance in the sitcom ‘Reba’, and ‘Popular’.

From 2002 to 2004, she did minor roles in Miami Medical, ‘Pepper Dennis’, ‘Strong Medicine’, and many more. In 2012, she was featured in the television film ‘Christmas in the city’. She also participated in the TV reality show ‘Hell’s Kitchen’.

In 2000, she got married to producer Daren Dukes and has a daughter Cai MyAnna Dukes and a son Daren O.C. Dukes. Some Interesting Facts About Shanola Hampton