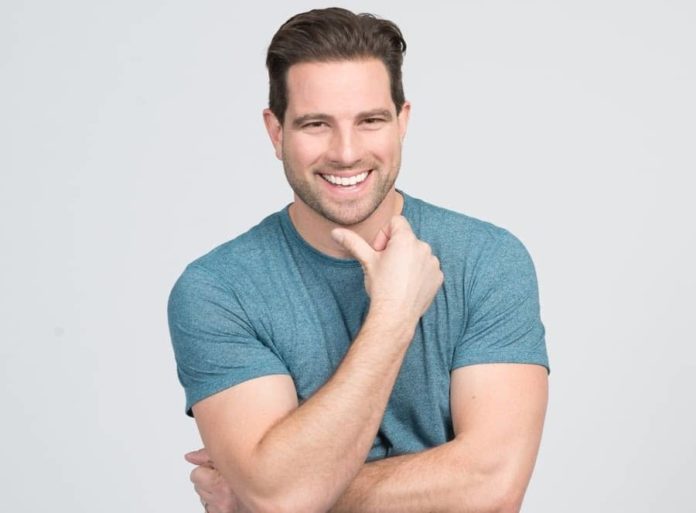 To be a successful multitalented person in the modern-day, you ought to channelize your talents, this line is very well proved by Scott McGillivray who is a Canadian entrepreneur, investor, television host, and author. Moreover, he is best known for being the host and executive producer of the series “Income Property”.

Born on 7th April 1978, this eminent media personality turned 44 years old. He seems very tall with his towering height which is 183 in centimeters and 6 feet.

Scott has accumulated a decent amount of net worth through his professional career as an entrepreneur, investor, television host, author, actor, and educator. According to the sources, his estimated net worth is $4 million approximately. Through his earnings, he is able to live a lavish and luxurious lifestyle.

Born in Richmond Hill, Ontario, Canada, Scott belongs to the white ethnicity. However, he never revealed any data about his parents and siblings. Apart from that, he grew up in Toronto, Ontario. As of his education, Scott enrolled at the University of Guelph where he received an honors degree in Commerce in 2001.

Talking about his career, Scott executes himself as a business model after his education. Later, at the age of 21, he purchased and renovated his first rental property and also owned 5 rental properties when he was 23. In the year 2004, he became a licensed contractor to manage his own crews.

At present, Scott owns hundreds of income properties across the United States and Canada. Apart from that, since 2008, he has been an HGTV host in the US and Canada starring in over 400 episodes of television. Moreover, he is widely known for the HGTV series Income Property, Buyers Bootcamp, and Moving the McGillivrays.

Currently, he is focusing on the pre-production on the fourth season of his digital series and Canadian Screen Award nominee, “Scott’s House Call”. Other than this, he is also the co-founder of Keyspire which provides real estate investing education as well as the CEO of McGillivray Group and McGillivray Entertainment, and a real estate investor in properties across North America.

Furthermore, from the year 2009 to 2016, he was also active in the TV show “Income Property” which airs in 33 countries around the world as of 2013. Additionally, in the year 2010, he started his own real estate education company called “The Lifetime Wealth Academy” which was later renamed Keyspire in 2013.

Besides this, in the year 2009, Scott commenced his own live speaking events titled “Creating Wealth through Real Estate” in order to educate people about real estate investing. In the year 2015, this event became #TheWealthTour. He also provides aid to buyers renovate and flip properties on Buyers Bootcamp with Scott McGillivray (2018).

In fact, he helps vacation cottage owners renovate their properties into upscale investment vacation rentals in the show, “Vacation House Rules”. furthermore, he got an opportunity of his beginning in TV as a crew member and later, as a project manager on her home improvement reality TV shows “Debbie Travis’ Facelift” and “From the Ground Up with Debbie Travis”.

In the year 2007, he co-hosts homeowner competition Holiday; “Battle on the Block HGTV” with Kim Myles for the best holiday-decorated home. McGillivray also appears as the judge on the HGTV Canada show “Canada’s Handyman Challenge” (2012-2014) along with Bryan Baeumler, Paul LaFrance, and Mike Holmes.

He is also a judge in “Flipping the Block” rating the renovation abilities of four couples competing to win money at auction in a home-flipping competition. Apart from this, from 2010 to 2012, he also featured as the co-host on HGTV’s show “All American Handyman”.

Besides this, Scott has also written his first home improvement book: “How to Add Value to your Home” (2014), Harper Collins Canada. Some of his other books include Quick Start To Cash Flow (2011), The Investors Tool Kit (2011), and Cash Flow for Life (2012).

Scott is a married man who married his beautiful wife, Sabrina in the year 2009. Later, the couple was also blessed with two cute daughters named Myah and Layla Chloe McGillivray. As of now, he is spending a happy and blissful life with his sweet family.

Here we are providing the list of favorites of Scott McGillivray: 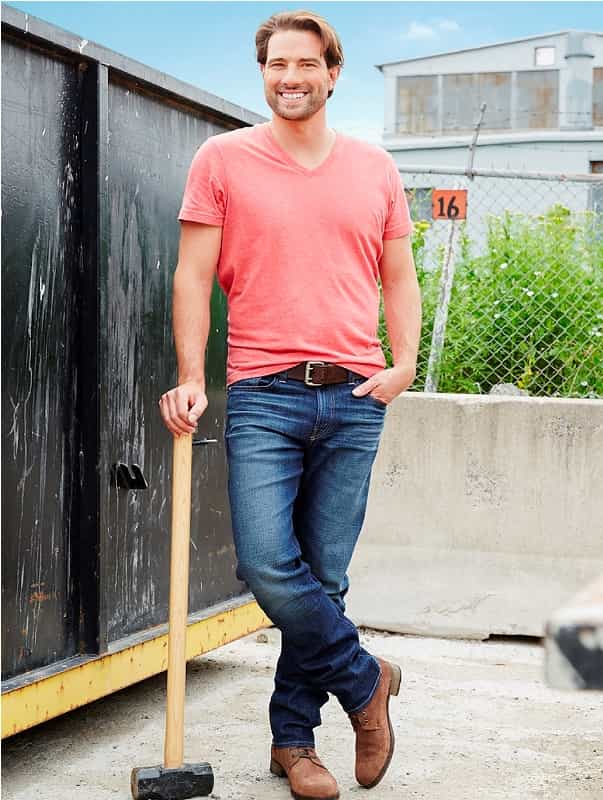 Some Interesting Facts About Scott McGillivray