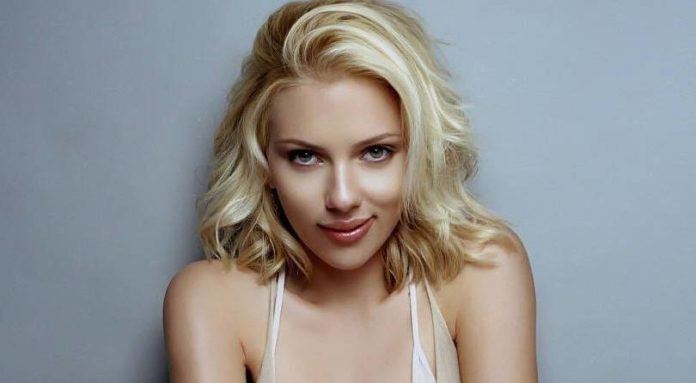 Scarlett Johansson is considered as the ‘Sexiest Woman Alive’ in the entertainment industry. Men’s Health Magazine gave her the 12th position on the list of ‘100 Hottest Women of All-Time’. She was born Scarlett Ingrid Johansson on November 22, 1984.

She is the world’s highest-paid actress and has earned a star on the Hollywood Walk of Fame. She is a versatile and talented actress who has been nominated for Golden Globe four times. She has successfully become a powerful performer and achieved a place among the ‘A-List’ actresses in the entertainment industry.

Scarlett Johansson weighs 57 kg and 125 lbs in pounds. She stands with a height of 160 cm or in feet inches 5’3”. She looks beautiful with brunette color hair and striking green color eyes. Her figure measurement is 36-26-36 approximately. She turned 38 years old. She has a seductively husky voice along with a contralto singing voice.

Scarlett Johansson’s estimated net worth is $140 million approximately. She earns a handsome amount from acting and working in commercials.

Scarlett was born in New York, to Karsten Johansson who was an architect, and Melanie Sloan a producer. She attended PS 41 for elementary education in the elite Greenwich Village neighborhood. Since childhood, she was interested in acting and theatre and hence was enrolled in Lee Strasberg Theatre Institute.

In 2003, she made her acting debut as an adult in the comedy-drama film, ‘Lost in Translation’. In 2004, she became a voice artist in the film, ‘The SpongeBob SquarePants Movie’. She appeared in the thriller film ‘Match Point’ which also earned an Academy Award nomination.

She was cast in the movie ‘Vicky Cristina Barcelona’ which won various critics’ awards from the New York Film Critics Circle and the British Academy of Film and Television Arts. She was starred in the biographical comedy-drama film, ‘Hitchcock’ which was based upon the life of the legendary English filmmaker, Alfred Hitchcock.

In 2005, she is appointed as the global ambassador for the aid and development agency Oxfam. She has also appeared in the commercials of Moet & Chandon, Super Bowl XLV|||, SodaStream, and many more. Some Interesting Facts About Scarlett Johansson