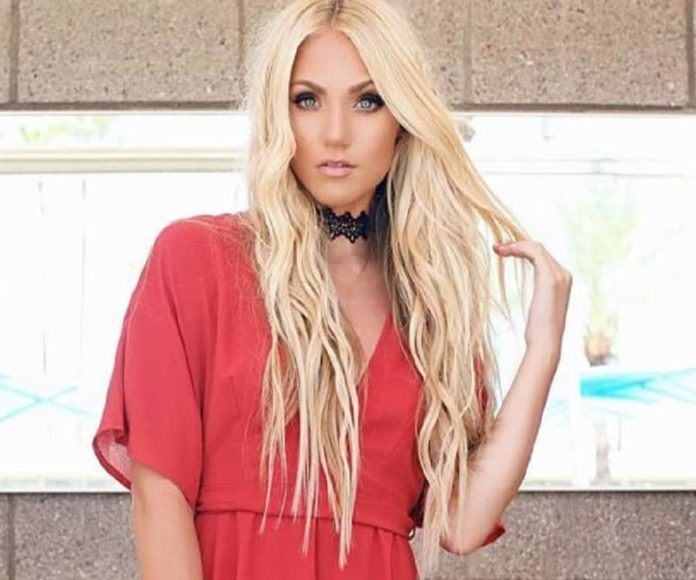 Social media is the quickest way to become popular and to reach a global audience and popularly known social media personality, Savannah Labrant has done it quite well. Professional photographer and trending American fashion blogger Savannah Soutas has become a social media celebrity with millions of followers all over the globe.

After topping the ‘Musical.ly app with 7 million followers, she was named the number one ‘Muser’ of 2016. Her videos and pictures kept getting viral as she kept sharing them on Instagram and Facebook.

‘Cole&Sav’ is a ‘YouTube’ channel that she created with actor, celebrated ‘Vine’ star and her husband, Cole LaBrant, in 2016. With millions of subscribers, they have more than 150 million views on their channel.

Born on March 2, 1993, Savannah has turned 29 years old. Soutas does not appear to be much taller but because of a well-maintained figure and toned body, she appears like a model. Her body figure measurements are 32-24-32 and she wears no. 6 in the shoe size. She has a height that measures 5′ 2″ in feet and her weight is 55 Kg approximately. She has a gorgeous pair of blue colored eyes and has long and straight naturally Blonde hair.

It is a fact that social media stars earn a lot as they reach an audience all over the world. Some brands also prefer advertising via social media for the same reason. Savannah has been an Instagram model and does it along with her daughter.

Her brand promotions appear to be her major source of income as she is a popular social media star and a fashion blogger as well. The total net worth estimated for Savannah is $550,000 US dollars as of now.

Savannah Rose Soutas was born and raised in Orange County, California, United States. Although she has not revealed the name of her father, her mother’s name is Deborah Soutas. She has an elder sister who is a well-known pop singer and a vocalist of the band ‘Flipsyde’, her name is Chantelle Paige. She was homeschooled and did not pursue any further education.

Born as a gifted child, Savannah loved clicking pictures and worked as a model in her teens as well. She decided to begin a career in photography often took pictures of her daughter, posting them online.

Savannah later launched her own website showcasing her photography which received following in millions. She later started making videos on popular app TikTok which was then known as Musical.ly and this gave her instant fame as several videos where along with her three-year-old daughter.

She eventually created a ‘YouTube’ account with her fiancé Cole and started blogging about fashion prior to that. She now has her own website and does brand promotions as she has a huge following.

Savannah became a mother of her and her then-boyfriend Tommy Smith’s child at a young age of 19. She is currently married to Cole LaBrant since 2017.

Here we provide you the list of Savannah Labrant’s favorite things. Some Interesting Facts About Savannah Labrant