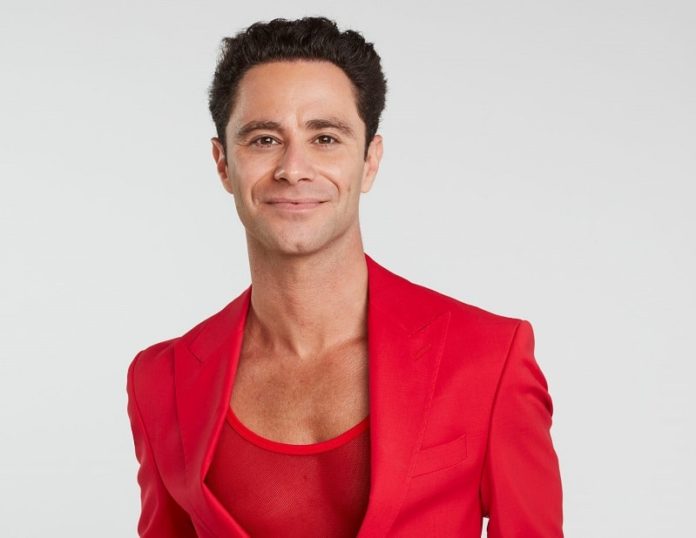 Success belongs only to those who are willing to work harder than anyone else, this line has been very well proved by Alexander Farber, well known by his stage as Sasha Farber, who is an Australian-born American dancer.

He is most known for his participation in “Dancing with the Stars” as a pro and troupe member when he first appeared in season 2 of the Australian edition of the competition in 2005. In 2011, he became a member of the DWTS Troupe on the American edition before becoming a Pro in 2013.

He maintains himself very fit and healthy with a weight of 69 kilograms and 152 lbs in pounds. Moreover, he is very conscious about his physique and follows a regular and healthy diet in order to keep himself fit as a fiddle.

Sasha Farber is a professional dancer with a net worth of $500,000 to $1 million as of 2021, however, his specific wage has yet to be published.

Sasha was born and raised up in Moscow, Russia, and belongs to Australian-American nationality. His father’s name is Michael Farber whereas his mother’s details are not known and he also has a sister named Svetlana Shapshal.

Sasha received his schooling at Moriah College in Sydney. Marta Kan, a fellow Russian immigrant, managed a studio in Sydney where he learned ballroom dancing.

He was a member of the original cast of the Broadway production of “Burn the Floor” and performed at the closing ceremony of the 2000 Sydney Olympic Games. He also appeared in the second season of Australia’s “Dancing with the Stars.”

He first appeared on “Dancing with the Stars” in season fourteen as a troupe member but was elevated to the professional dancer in season 17 when he was paired with Jersey Shore cast member Nicole “Snooki” Polizzi. Despite high ratings and appreciation, the duo was ousted in week seven.

On 8th March 2016, he was revealed as a pro for Season 22 and coupled with actress Kim Fields, and the two were eliminated on 2nd May 2016, tying for 7th place with Von Miller and Witney Carson. Farber returns for Season 23 and was paired with Terra Jole from “Little Women: LA.”

They were eliminated in week 10 of the tournament, placing fifth despite being tied for the first position on the scoreboard. This was Farber’s first appearance in the Semifinals. He returns for Season 24 with Olympic artistic gymnast Simone Biles as his partner.

After obtaining two flawless scores and accolades from the judges, the pair was abruptly removed one week before the finals on May 15, 2017. In addition, he returned to the show as a pro in season 26 and was matched with Tonya Harding, a former Olympic figure skater. The duo advanced to the finals and placed third overall, Farber’s first participation in the show’s conclusion.

For season 27, he was paired with retired Olympic gymnast Mary Lou Retton. The pair was ousted from the competition in week six, ending in ninth place. He was matched with Fifth Harmony singer Ally Brooke for Season 28.

From 2011 through 2014, he dated Emma Slater, a fellow “Dancing with the Stars” contestant. In December 2015, he confirmed that he and Slater were back together with an Instagram post.

He proposed to Slater during a broadcast of “Dancing with the Stars” on October 4, 2016, after they performed a dance together. As of March 25, 2018, the two have been married.

Here we are providing the list of favorites of Sasha Farber: Some Interesting Facts About Sasha Farber