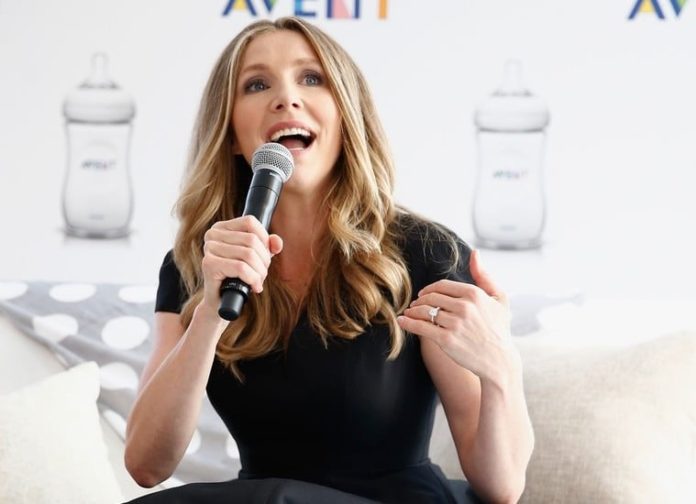 Sarah Chalke, born with the name of ‘Sarah Louise Christine Chalke’, is the popular Canadian actress, model, and voice artist who is better known for her role as Dr. Elliot Reid in the comedy series “Scrubs”. She is an ambassador for the Audrey Hepburn Children’s Foundation which raises funds for underprivileged children all over the globe.

She lent her voice for the character of Gina Janowski, in Netflix’s animated sitcom “Paradise PD”. In addition to this, she played the recurring role of Stella Zinman in the highly acclaimed show “How I Met Your Mother”.

Her beauty is enhanced by her blue eyes and blonde hair. She is very conscious about her health and maintains her figure with the measurement of 36 inches breast, 26 inches waist, and 37 inches hips. Her bra size is 34B while her shoe size is 6 (US).

Being an actress, Sarah earns a very handsome amount of money through her professional career in the entertainment field. According to the sources, her estimated net worth is $15 million approximately.

Born in Ottawa, Ontario, Canada, Sarah belongs to the White ethnicity. She is the lovely and talented daughter of Douglas Chalke (Father) and Angela Chalke (Mother). Moreover, she grew up in North Vancouver, British Columbia along with her sisters named Piper Chalke (elder sister) and Natasha Chalke (Younger sister).

As of her education, Sarah enrolled at Handsworth Secondary School where she graduated in 1994. Later, she also joined a German school in her hometown.

Reflecting on her career, Sarah took the first step towards her career at the age of eight by appearing in musical theater productions. Moreover, when she was at the age of 12, she served as a reporter on the Canadian children’s show KidZone.

Later, in the year 1993, she appeared in the American sitcom “Roseanne” in which she portrayed the role of Becky Conner-Healy. Furthermore, from 1998 to 1999, Sarah starred in the CBC TV drama “Nothing Too Good for a Cowboy”.

Apart from that, this gorgeous beauty was also cast as Dr. Elliot Reid in the NCV comedy series “Scrubs” in the year 2001 until the series ended its run in 2010. Other than this, in the year 1994, she played the character of Maisy in the American direct-to-video comedy movie titled “Ernest Goes to School”.

After that, she co-starred alongside Taye Diggs, Heather Graham, and David Sutcliffe in the romantic comedy “Cake” in the year 2005. Other than this, Chalke made her appearance in a parody of the hit show ‘The O.C.’ called “The Bu” from 2003 to 2004 on channel 101, alongside the comedy trio The Lonely Island but she was credited as Pamela Fenton.

Besides this, she also got the opportunity to be appeared as a supporting character of Paula Crowe in the comedy-drama film, “Chaos Theory” in the year 2008. In the same year, Sarah worked as a spokesperson for a line of women’s underwear by Hanes which included a series of commercials that was directed by her Scrubs co-star Zach Braff.

Further in the years 2008, 2009, and 2014, she has also played the recurring role of Stella Zinman in the CBS sitcom, “How I Met Your Mother”. Moreover, she has also voiced the character, Magee, in the animated TV film, “Prep & Landing” in the year 2009. After that, she played the lead role in ABC’s romantic comedy series, “Mad Love” in the year 2011. However, after only one season, the show was canceled.

Other than this, the former Scrubs executive producer Bill Lawrence signed her to play the love interest of Bobby Cobb in the third season of the sitcom, “Cougar Town” in the year 2012. In fact, she also made her guest appearance in the popular drama Grey’s Anatomy in an episode of “Can’t Fight This Feeling” in the year 2013.

In the same year, she was also starred in the ABC comedy series, “How to Live with Your Parents (For the Rest of Your Life)” but the show was canceled one month later. Later, in December 2013, she began to voice the character Beth Smith in the adult animated science fiction sitcom, “Rick and Morty”.

Apart from this, she also featured in the recurring role of Amy Gazanian in the crime drama television series, “Backstrom” aired from January 22 through April 30, 2015. She also made her appearance in the romantic comedy film, “Mother’s Day” as Gabi in the year 2016. In the same year, she along with Matthew Morrison portrayed the character of Kate in the romantic film, “After the Reality”.

Later, on September 21, 2016, she portrayed the recurring role of Melanie in the television series “Speechless” which was debuted on ABC. In the year 2018, she gave the voice for the main role of Gina Janowski in Netflix’s animated sitcom “Paradise PD”.

In the year 2020, she caught huge public attention by appearing as Nurse Dolores in the television comedy film “Psych 2: Lassie Come Home” which is a sequel to the first film ‘Psych: The Movie’.

In the same year, she also got appeared in the film “Eat Wheaties!”. Recently, on February 3, 2021, she played the crucial role of Kate Mularkey in Netflix’s drama series “Firefly Lane” which is based on the novel of the same name by Kristin Hannah.

As of her relationship status, Sarah is engaged to lawyer Jamie Afifi. Moreover, this sweet couple started to date each other in the year 2003 and finally got engaged in December 2006 after dating for three years. Later, on December 24, 2009, the duo is blessed with their first child, a son named Charlie Rhodes Afifi.

Furthermore, on April 28, 2016, they welcomed their second child a daughter named Frances Afifi. Earlier she has also Canadian actor Devon Sawa from 1995 to 1996 when the duo was teenagers. In fact, she has been in a relationship with American Forte since January 2000.

However, their relationship came to an end due to some personal issues. Later in the year 2001, she entered into a romantic relationship with her Scrubs co-actor Zach Braff. But their relation couldn’t last long and broke up in 2003.

Here we are providing the list of favorites of Sarah Chalke: 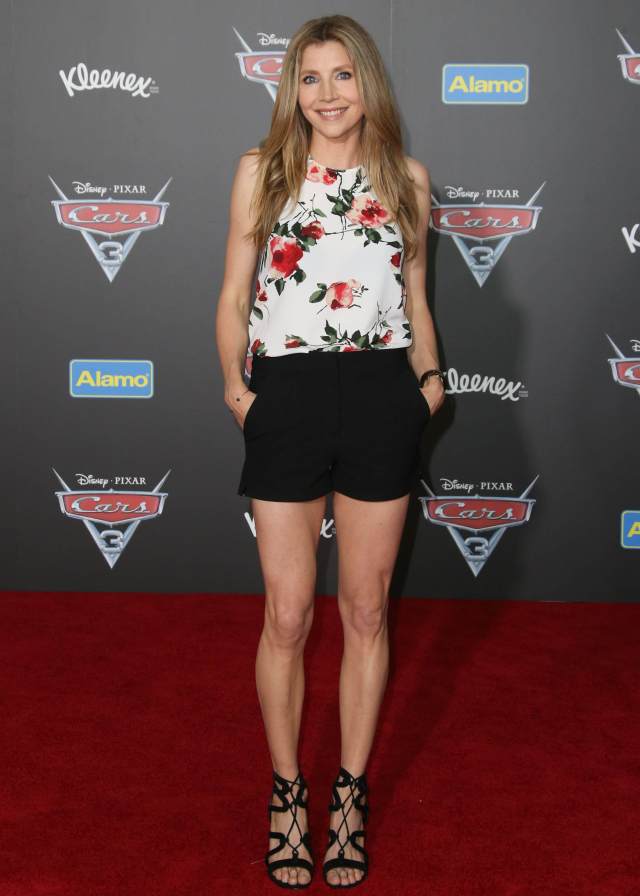 Some Interesting Facts About Sarah Chalke