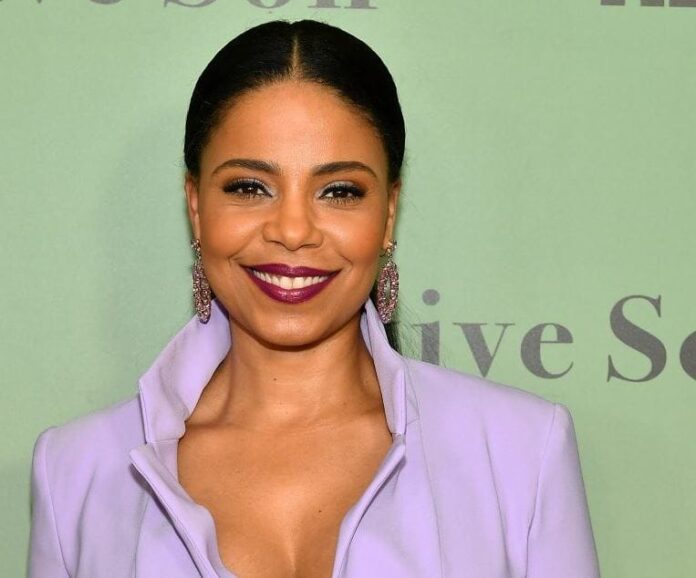 Being born to parents who are prominent faces in Hollywood, Sanaa Lathan has created her own identity from her skills and talents. Although her parents got separated later they were both very close to her and encouraged her to make a career in the entertainment industry.

She started her career by making appearances on the small screen through TV serials such as ‘NYPD Blue’ and ‘Family Matters’. After completing her higher studies, she played her first major role in the horror movie ‘Blade’ as a mother. She earned popularity and world recognition for her role alongside Omar Epps in the romantic drama ‘Love & Basketball.’

While filming the movie, both fell in love and Epps was then her real-life boyfriend. She was cast in the ‘Broadway’ play ‘A Raisin in the Sun’ in which her performance was appreciated. She has tried her hands in every genre and appeared in the thriller ‘Out of Time’ and the science-fiction film Alien vs. Predator.’

To date, she has been romantically linked with a number of celebrities but currently, she is officially single. Right now she is in the prime of her career and has a bright future to look forward to hence she is only focusing on her career.

She has a slim body with figure measurements as follows 34 inches breast, 26 inches waist, 35 inches approximately. Her bra size is 33B and her shoe size is 7. She has broad lips with a charming smile.

According to the sources, Sanaa Lathan’s net worth is estimated to be $4 million USD approximately.

Sanaa Lathan was born on September 19, 1971 as Sanaa McCoy Lathan. She was born in New York City, to actor Eleanor McCoy and director Stan Lathan. She has a brother, Tendaji Lathan, who is now a well-known DJ. At a tender, she was trained in gymnastics and dance. She got exposure to the entertainment industry due to her parents.

She participated in a number of plays with the ‘Black Theatre Workshop’. She attended the ‘Manhattan Center for Science and Mathematics’ and she earned her bachelor’s degree in English from the ‘University of California, Berkeley.’

Sanaa Lathan was encouraged by her father to commence her acting career by taking up roles in TV serials such as ‘In the House,’ ‘NYPD Blue,’ and ‘Family Matters.’ In 1988, she was nominated for a ‘National Association for the Advancement of Colored People (NAACP) Image Award’ or her performance in the romantic comedy ‘The Best Man.’

In 2001, she appeared in a multicultural comedy movie ‘Catfish in Black Bean Sauce.’ At the ‘Black Reel Awards’ she was honored with the ‘Best Actress’ award for her role in ‘Out of Time.’ For her brilliant performance in ‘A Raisin in the Sun’ she received the ‘Theatre World Award’ for the ‘Best Female Lead.’

In the movie ‘The Perfect Guy’ she played the role of ‘Leah Vaughn’ and also became the executive producer of the film. She became the voice artist on ‘The Cleveland Show’ for the character of ‘Donna Tubbs’.

Here we are providing you the list of Sanaa Lathan’s favorite things. Some Interesting Facts About Sanaa Lathan