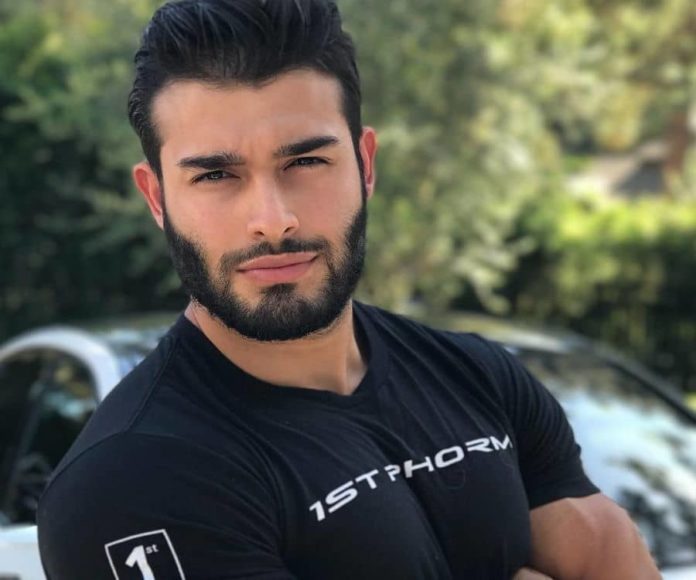 Best known for his relationship with Britney Spears, the famous American singer, and songwriter, Sam Asghari is an American model, personal trainer, and actor who made it big with his hard work and dedication towards his work.

In 2016, on the sets of ‘Slumber Party’ music video Sam met Britney Spears and after five months they started dating and have been together since then. Currently signed to the popular entertainment company ‘Bac Talent’, Sam aspires to become a prominent actor.

Born on March 23, 1994 Sam Asghari has turned 28 years old. As he is a fitness model, he has a toned, athletic and muscular body, with his body measurements that include his chest which is 44 inches, his waist is 32 inches and his hips are 37 inches. Sam has huge biceps which measure 16.5 inches. He has a towering height of 6′ 2″ and weighs 89 kg approximately. Sam has Dark Brown hair and Dark Brown eyes as well.

Starting with a struggle, Sam has started achieving success recently in the Hollywood entertainment industry. Sam Started as a fitness trainer and has worked as a fitness model as well.

He has also started working as an actor as he came in the highlight after it was revealed that he is in a relationship with Britney Spears. He is often seen living a lavish lifestyle along with his partner. The total net worth estimated for Sam Asghari is $800,000 US dollars as of now.

Sam Asghari was born and brought up in Tehran, Iran and at the age of 12 he flew to the United States of America to live with his father, leaving his family house behind. Sam is of Asian ethnicity and holds American citizenship. Sam is a very private person and has not disclosed details about his parents, but it is known that he has a sister named Farzaneh.

Sam has also not shared details about his education, but it is known that he studied at his local high school and he decided not to pursue further education. Sam is currently in a relationship with pop star Britney Spears.

Sam Asghari worked as a personal trainer at the beginning and by the year 2015, he was convinced to become a model by his sister. His sister took him to her close friend Michael Costello who is a fashion designer.

Sam did his first runway show in ‘Palm Springs’ and was eventually signed by ‘Toyota’. He then appeared in ‘Toyota Super Bowl Commercial’ in the year 2016. In Fifth Harmony’s ‘Work from Home’ music video he played a construction worker.

He then landed an opportunity to appear in the ‘Slumber Party’ music video alongside Britney Spears. He has also made his feature film debut through ‘Unbelievable!!!!!’ in the year 2018.

Here we provide you the list of Sam Asghari’s favorite things. Some Interesting Facts About Sam Asghari