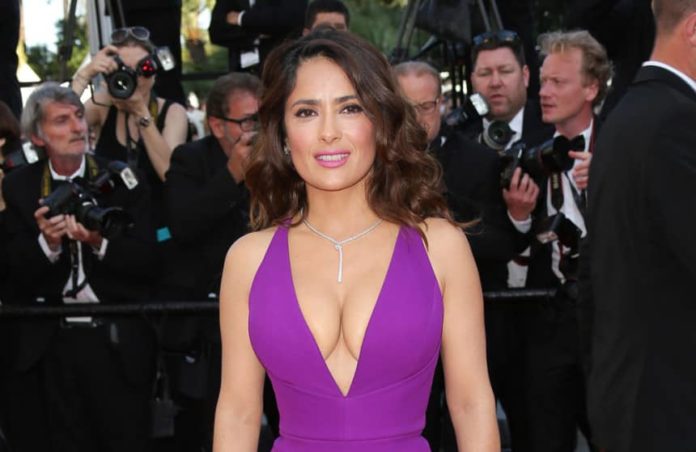 A Mexican-American actress Salma Hayek is a prominent actress who has achieved huge success in her endeavors as a producer, model, activist, and humanitarian. She was born as Salma Hayek Jiménez on September 2, 1966. After watching the movie, ‘Willy Wonka & the Chocolate Factory’, she was inspired to become an actress.

After attending Mexico City’s ‘Universidad Iberoamericana’, she was prepared to step into the world of movies. After working in ‘Once Upon a Time in Mexico’, she started her own production company called ‘Ventanarosa and the Mexican movie ‘El Coronel No Tiene Quien Le Escriba, which was her first production. The movie became Mexico’s official entry at the ‘Oscars’ in the ‘Best Foreign Film’ category.

She has done endorsement of products like ‘Revlon’ and ‘Avon’ and has launched her own line of beauty products called ‘Nuance.’ Apart from acting, she is involved in charitable activities like lending support to raise funds for vaccines against maternal and neonatal tetanus.

Salma Hayek weighs 56 kg and 123 lbs in pounds. Though she has an attractive personality she is short with a height of 157 cm or in feet inches 5’2”. She looks beautiful in long black color hair and sharp dark brown color eyes with thick eyebrows. She will turn 53 years old, in September 2020. She has a curvaceous figure and often plays the role of independent women.

As a prominent actress, Salma has accumulated a handsome net worth of $114 million approximately.

Salma Hayek was born in Coatzacoalcos, Mexico, to Diana Jiménez Medina, who was an opera singer, and Sami Hayek Dominguez, an entrepreneur. She was born and raised in a wealthy Roman Catholic family. She was sent to the US to study and was enrolled at the ‘Academy of the Sacred Heart’ in Louisiana. To pursue higher studies she attended ‘Universidad Iberoamericana.’

Salma has started her acting career in 1989 with the title role in the Mexican telenovela, ‘Teresa.’ In 1991, she moved to California to study acting under Stella Adler’s. She was cast in the action movie Desperado and worked opposite Antonio Banderas.

Her comedy skills were revealed from the movie ‘Grownups’. She worked as a voice artist in the movie ‘Puss in Boots’. In 2006, she was honored with the Harvard Foundation Artist of the year award.

In 2009, she got married to French billionaire François-Henri Pinault. Before the couple got married, Salma gave birth to their daughter Valentina Paloma Pinault in 2007.

Here is the list of Salma Hayek’s favorite things. 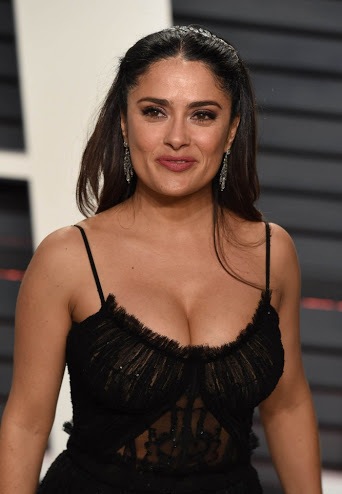 Some Interesting Facts About Salma Hayek