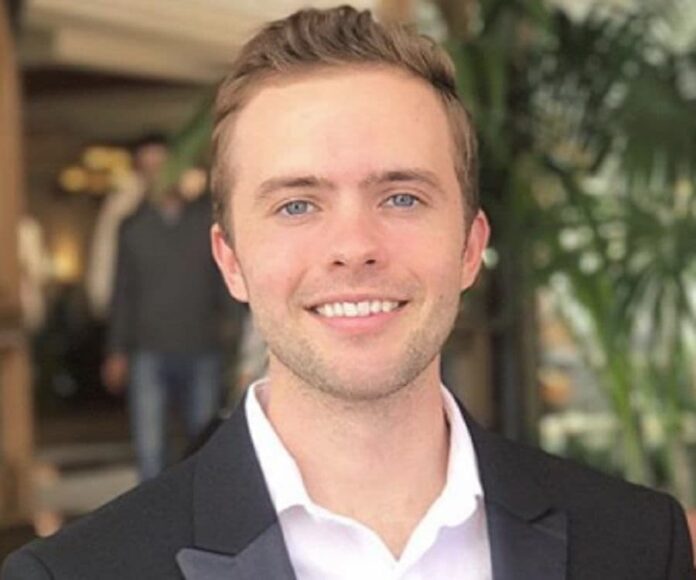 An American YouTube star Ryland Adam shot to stardom for hosting the comedy web news network ‘Clevver Media’ in 2016. He has gained huge popularity for hosting shows on various networks like Revolt TV, AFI, AwesomenessTV, and many more. In the year 2010, he started his own YouTube channel and named it Ryland Adams.

Most of his videos on his channel have crossed the one million views and are still counting! The popular social media personality is also a producer, actor, and writer. In May 2009 he had started his Twitter account and today he has garnered 511k followers.

His Instagram account has more than 3K+ followers. As an actor and director, he has earned much acclaim for his role in the weekly satirical sitcom, ‘#SketchTrending’. With his multiple skills, he has established a niche for himself in the entertainment industry.

Ryland Adams has an impressive height of 173 cm or 5’8” feet inches. As he has a balanced body, he weighs 68 kg and 149 lbs. In May, he turned 31 years old. He has a sharp blue color set of eyes and brown spooky hair.

According to the sources, Ryland Adams, net worth is estimated to be $800,000 US dollars approximately.

Ryland Adams was born to Vicki Adams and Bruce Adams on May 14, 1991. His mother was a photographer and receptionist too. He has a brother named Austin Adams and a sister Morgan Adams who is a YouTube vlogger.

He attended Cherokee Trail High School for elementary education. Later to study broadcast journalism he was enrolled at Metro State University. Though he was born and raised in Denver, he currently resides in Los Angeles.

In 2010, Ryland Adams started his self-titled YouTube channel and has garnered 2 million subscribers and 120 million views to date. He crossed a million views because he uploads videos on random topics every week, and the audience can relate it to their lifestyle easily.

One of his videos titled ‘James Charles Turned Me Into James Charles’ has received over 3 million views in just one month! He also created a pop culture YouTube channel called Utubular in the year 2013. As he was the host and producer of the channel, he has collaborated with social media personalities like Armen and Gigi to post about the latest Hollywood happenings and pop culture news.

Apart from being a popular YouTuber, he is also a famed web host. From 2014 to 2017, he became the host and producer of programs for the popular web news network Clevver Media. It helped the news channel amass over 3.4 million subscribers.

He is also applauded for hosting on AwesomenessTV, AFI, and Revolt TV. He made his acting and direction debut in 2015 from the sitcom, ‘#SketchTrending’ and ‘Shane’ (2017). In 2011, he played the role of a student in the film ‘3 Times a Charm’.

Ryland Adams is gay and is into a relationship with his boyfriend “Shane Dawson” who is YouTuber, writer, comedian, musician, director, and media personality.

Here we are providing you the list of Ryland Adams’s favorite things. Some Interesting Facts About Ryland Adams