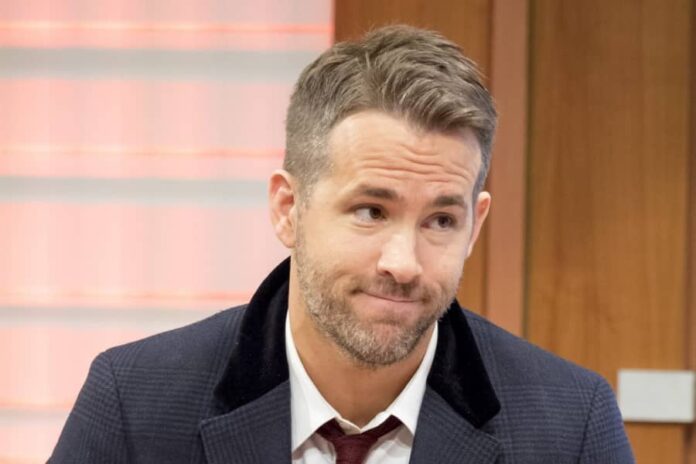 After making his entry in Hollywood with a Canadian sitcom, he is considered now one of the most popular actors as of now. Some of his most notable movies include ‘X-Men Origins: Wolverine’, ‘The Amityville Horror’, ‘Blade Trinity’ and ‘Woman in Gold’. Ryan has been a part of many web series as well and has started in the music video.

Born on the 23rd of October 1976 Ryan Reynolds will turn 46 years old. Ryan appears to be tall and has a healthy and well-maintained body figure. He has a towering height of 6 feet 2 inches and his weight is 84 kg approximately. Known for his stunning looks, Ryan has light brown color hair and black colored eyes.

As he is one of the topmost actors in Hollywood and has many high-grossing films featuring him in a leading role, it is estimated that he must have earned a huge amount of money throughout his acting career. The total net worth estimated for Ryan Reynolds is $75 million US dollars as of now. He has recently donated a huge sum of money for protests against racism in the USA.

The native of Canada Ryan Reynolds was born and raised in Vancouver, British Columbia, Canada. He is the son of Jim Reynolds and Tammy Reynolds and the youngest of his four brothers. He studied at his school which is Kitsilano Secondary School and graduated from there in 1994 to attend the Kwantlen Polytechnic University where he dropped out later on.

When he starred in a Canadian TV sitcom ‘Hillside’, Ryan Reynolds’ career started in 1993. He initially appeared in other TV sitcoms such as ‘The Marshall’ and ‘The Outer Limits’. The film ‘Ordinary Magic’ which was also a Canadian venture and the debut film for him. He started to appear in various films after he moved to LA.

In the TV series ‘Two Guys and a Girl’ he was cast for the lead role of Michael “Berg” in 1998. One of his breakthrough roles includes when he played Hannibal King in the movie ‘Blade Trinity’. After this, he moved towards more comic roles for a time being and acted in movies like ‘Waiting’, ‘Just Friends’, ‘Adventureland’, ‘Definitely Maybe’.

In the movie ‘X-Men Origins: Wolverine’ he portrayed the role of Wade Wilson in 2009. In 2016 his major breakthrough happened with ‘Deadpool’ and he became a global star and has one of the most loved superheroes.

In 2003 and 2017 He has won the Next Generation Male Award and the Man of the Year Award respectively and was declared the Entertainer of the Year 2016. Critics’ Choice Movie Award for ‘Best Actor in Comedy was given to him for ‘Deadpool’ along with the People’s Choice Award for the Favourite Movie Actor.

The actor has been married twice. He was first married to Scarlett Johansson and after divorce, he married Blake Lively. Both of his wives are successful and leading Hollywood actresses as well. He and Blake have two daughters James and Inez.

Here we provide you the list of Ryan Reynolds’s favorite things. Some Interesting Facts About Ryan Reynolds