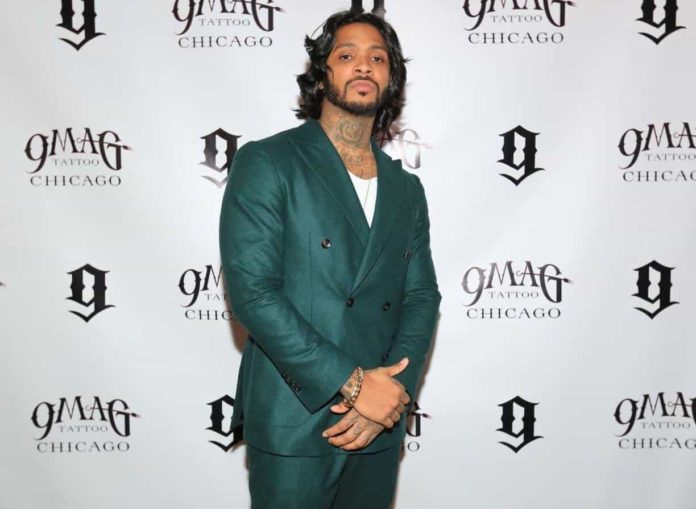 Sometimes life throws unpredictable situations in our way and doesn’t always go as we desire, expecting us to come out victorious. Ryan Henry, the renowned tattoo artist tasted the harsh realities of life when his niece Ava and sister Nova were murdered.

But he managed to find his way out of the trauma because of his love for art. Ryan owns a highly rated tattoo shop 9Mag and is a well-reputed artist. Henry is also known for his appearance in Black Ink Crew: Chicago.

Born on May 27, 1986, Ryan Henry is currently 36 years old. He appears to be slim and tall and has a toned body type. Henry’s body figure measurements are 40-32-35 and his biceps measure 15.5 inches. Ryan’s height measures 5′ 10″ in feet and his weight is 79 Kg approximately. He belongs to mixed ethnicity and has Dark Brown eyes and hair of Black color.

It’s rare that Tattoo artists become famous but those who do, are famous because of their talent. Ryan Henry is one of them. He has been a tattoo artist for quite a long time and has earned most of his wealth through it. The total net worth estimated for Ryan Henry is $800,000 US dollars as of now. This is expected to grow in the coming years, owing to his popularity and skilled work.

Although it is not known where exactly Ryan Henry was born he was brought up in the United States of America. He has not revealed the name of his father, but his mother’s name is Yolan Henry-Corner. Ryan grew up with two of his sisters, Jillian Nicole Henry and Nova Henry. Nova and her daughter were killed by her ex-boyfriend.

Ryan seems quite unfortunate in the matter of relationship even though he has been blessed with a delightful career. he ended up taking a tag of a ‘cheater’ post dating affair with high school sweetheart, Rachel Leigh for a long time. Back in 2007 Ryan and Rachel gave birth to a child named Mason.

Very close to his son Mason, Ryan in his social media post in June 2018 post for his son who turned 11 years old. The artist has started uploading pictures of his former sweetheart, Rachel after a lengthy breakup and dating other partners. Ryan’s Instagram posts suggest that the duo is back together but he hasn’t explicitly spoken whether he is dating Rachel again.

The reality star Ryan Henry became well known by starring in Black Ink Crew: Chicago which is a 2015 VH1 series spin-off. His tattoo shop in Pilsen named 9mag was in the news for a fight and physical brawl between the employees of the shop in 2018. He opened his own tattoo shop 9mag back in 2013.

Here we provide you the list of Ryan Henry’s favorite things. Some Interesting Facts About Ryan Henry