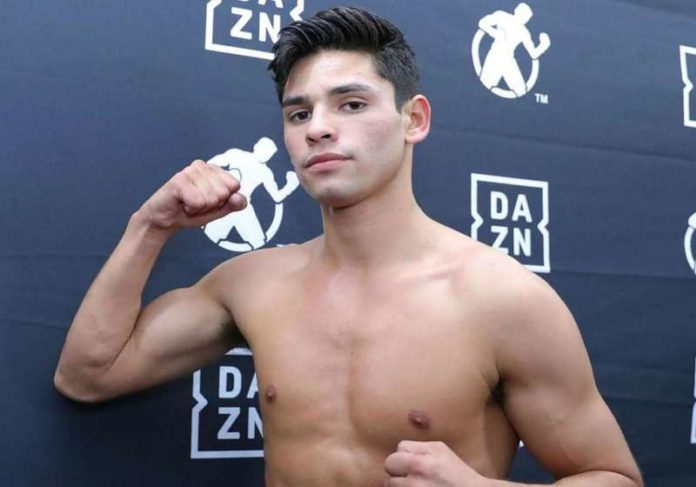 It is very well said that, If you work hard in training, the fight is easy, this line has absolutely proved by Ryan Garcia, an American professional boxer who held the WBC interim lightweight title from January to May 2021.

Moreover, he rose to huge prominence as one of the finest boxers in the world and is the WBO–NABO and WBC Silver lightweight Titleholder.

Recently, Ryan came into the limelight in June 2021 when he was ranked as the world’s third-best active lightweight by The Ring magazine and the Transnational Boxing Rankings Board, sixth by BoxRec, and fourth by ESPN.

This renowned boxer, Ryan has gathered a very handsome amount of net worth through his professional career within the early age of 21. According to the sources, his estimated net worth is $200K approximately. Moreover, Ryan makes his money from his endorsement deals and several matches.

Born and grew up in Victorville, California, United States, Ryan belongs to the White ethnicity. He is the loving and caring son of Henry Garcia(father) and Lisa Garcia(mother). His father works as one of his trainers while his mother is a Personal Administrative Assistant for commercial projects.

Moreover, Ryan grew up along with his four siblings: a younger brother, Sean Garcia who is also a professional boxer, and three sisters, Demi, Sasha, and Kayla. Sean and Ryan started training when Ryan was just 7 with their father. Both of the brothers got huge support from their parents to pursue their careers in boxing.

Moving towards his career, as an amateur, Ryan already had a 215-15 boxing record. In fact, he also came first in Silver Gloves, Junior Olympics, the National Pals, and Junior Golden Glove. Moreover, he also had finished second at the 2014 Junior Worlds event.

Other than this, Garcia made his first professional debut with his first win against Edgar Meza held at Tijuana, Baja on June 9, 2016. In fact, throughout the year 2016, he fought altogether 7 matches and eventually won all of them which includes Luis Lozano, Hector Garcia, Mario Aguirre, Cristian Jesus Cruz, Jonathan Cruz.

Additionally, Garcia retained his title with a knockout win over Fernando Vargas Parra on March 22, 2018. After that, he won vacant NABF and WBO–NABO Super Featherweight titles with a win over Jayson Velez on May 4, 2018. In fact, he has also fought and eventually won against Braulio Rodriguez, Carlos Morales, and Jose Lopez.

Further, he won the vacant WBO–NABO and WBC Silver lightweight title by a knockout against Romero Duno on November 2, 2019. In addition to this, Ryan was also cast as a lead role Sonny Mendoza in a Brat web series.

Talking about his relationship status, Ryan is currently single. However, this eminent boxer is the father of his newly born daughter, Rylie Garcia who was born in March 2019. Moreover, Rylie is the daughter of Garcia and his former girlfriend, Catherine Gamez.

The duo dated each other for a while and then they broke up. It was also rumored that Ryan is dating Andrea Celina. Recently, he announced his crush for the popular singer, Selena Gomez in January 2019.

Here we are providing the list of favorites of Ryan Garcia: 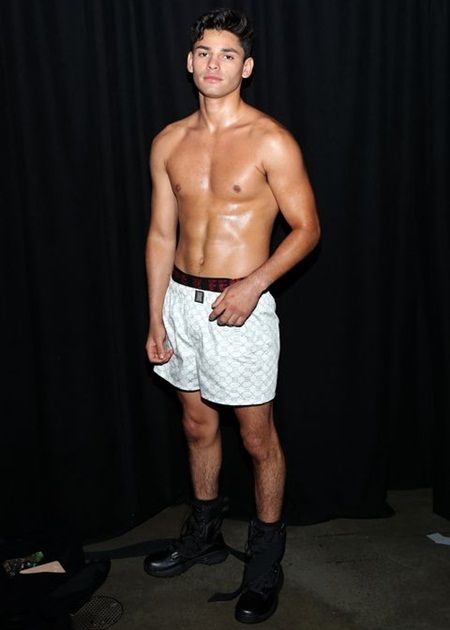 Some Interesting Facts About Ryan Garcia