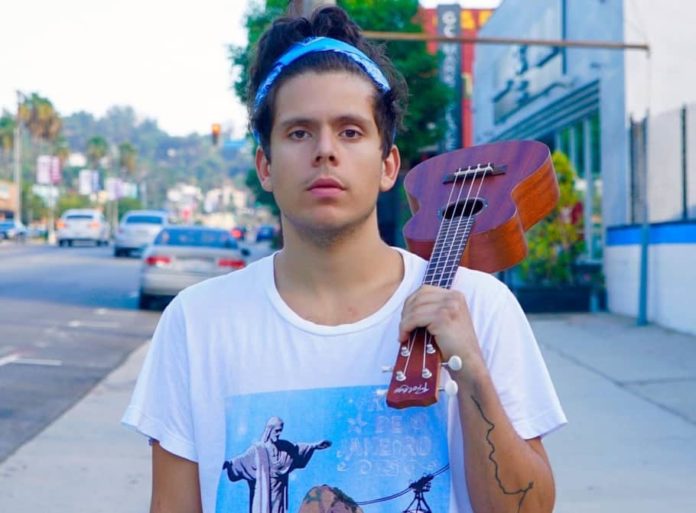 The young internet sensation, Rodolfo Mancuso, also known as Rudy Mancuso, is an actor, musician, and Internet celebrity from the United States. He rose to splendid fame and gained huge popularity after using Vine.

After he started producing comical videos (mainly musical comedy routines) on his YouTube channel, his popularity skyrocketed on social media. On his YouTube account, he already has over 6.4 million subscribers and on Instagram has over 8.4 million followers.

Born on 1992-02-28, this handsome internet personality has turned 30 years old. He seems enough tall with his height which is 172 in centimeters and 5’8” in feet & inches. He maintains himself very fit and healthy with a weight of 68 kilograms and 150 lbs in pounds.

Moreover, he is very conscious about his physique and follows a regular and healthy diet in order to keep himself fit as a fiddle. His personality is enhanced by his brown eyes and dark brown hair.

Rudy Mancuso makes a lot of money with his YouTube channel. Aside from YouTube, he’s worked with well-known brands including Target, Clif Bar, and Brita. His current net worth is $2.5 million.

Rudy was born and raised in New Jersey, USA, and belongs to mixed ethnicity. He didn’t reveal any information with regards to his parents including their names too. But, he has a sister whose name is Marianna Mancuso. As of his education, he completed his schooling at Glen Ridge High School.

On Vine, he used to make comedic videos. On Vine, he had over 10 million followers.

Rudy Mancuso is in a relationship with actress Maia Mitchell. They officially began dating in 2015. The duo has also worked together on a number of tracks and music videos. He shares his time between New York and Los Angeles.

Here we are providing the list of favorites of Rudy Mancuso: Some Interesting Facts About Rudy Mancuso