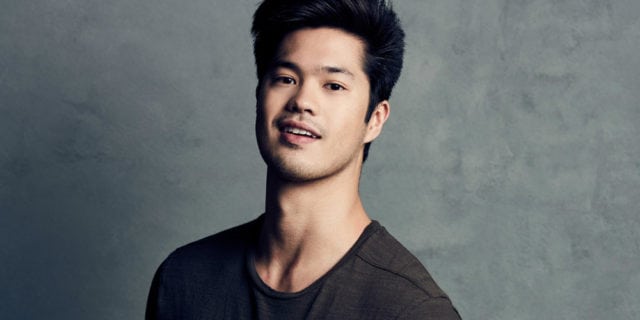 The popular ‘Netflix’ series ‘13 Reasons Why’ fame Ross Butler is a multitalented actor, a musician who has been in the film industry since 2012 and regularly lands impactful roles. Ross has a vision of changing the perception about Asian–American males in mainstream Hollywood and this has become his motivation to enter Hollywood.

Ross dreamed of being an actor and quit the university just after a year as his dream did not allow him to concentrate on studies. Inclined towards acting since childhood, he is one of those who turned their interest towards passion.

Born on May 17, 1990, Ross is currently 32 years old. He weighs 97 kg and has a towering height of 6’ 3” in feet which is much more compared to other Asian–American actors in Hollywood. Ross being a fitness freak goes to the gym every day and keeps his body in perfect shape regularly. Ross has black eyes as well as black hair.

From his career as a professional actor, Ross has managed to acquire an amount of fortune. Considering his roles in movies and TV series, it is considered that his salary must have been huge. Ross is estimated to have a net worth of $1 million.

Born in Queenstown, Singapore, Ross was raised by his mother in Northern Virginia. Although his family details are yet to be revealed, it is known that his father is of British–Dutch descent, while his mother is of Chinese–Malaysian descent.

Ross graduated from Langley High School and later joined the Ohio State University. While studying biomolecular and chemical engineering he realized that he did not like the course and dropped out to follow his passion and venture into acting.

With his role as Allen in ‘The Gateway Life,’ Ross made his acting debut. In the second season of the series ‘Major Crimes,’ Ross was featured in the role of ‘Ian Yorita’ in 2013. He was also a cast of the film ‘Camp Sunshine’ in the same year and also worked in the short film ‘Work It Out’. in the film ‘Two Bedrooms’ in 2014 he appeared as ‘Roy’ and also worked on many other projects, including four series and two films.

In the 2014 series ‘Star Seed,’ ‘Dog Park,’ ‘Happy land,’ and ‘Hollywood’, his acting received positive reviews. Both audiences and critics began to recognize him by 2015 and his TV film titled ‘Teen Beach 2’ received mixed reviews. His 2015 film ‘Perfect High’ focused on the serious issue of drug abuse. He also starred in the series ‘Teen Wolf’ in 2016 and in web series ‘Riverdale’ in 2017.

Featured as ‘Zach Dempsey’ in the popular ‘Netflix’ teen web series ‘13 Reasons Why’ gave him global recognition. ‘Hacker’s Game Redux’ and ‘Shazam!’ are two major films he received due to his increased popularity. He has had a good start and a promising career without any controversy yet.

Here we provide you the list of Ross Butler’s favourite things. Some Interesting Facts About Ross Butler