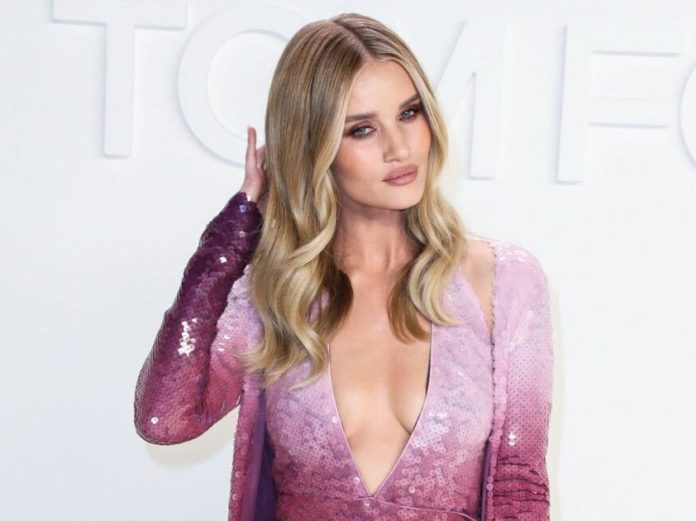 Beauty attracts the eye but talent captures the heart, this line is very well proved by Rosie Huntington-Whiteley who is a British actress and model. This stunning beauty has gathered huge fame for her work for lingerie retailer Victoria’s Secret and Burberry Body.

Her beauty is enhanced by her blue eyes and dark brown hair. she is very conscious about her health and maintains her figure with the measurement of 34 inches breast, 25 inches waist, and 35 inches hips. Her bra size is 34B while her shoe size is 8.5 (US).

Working as an actress and model, Rosie has gathered a decent amount of net worth. The major source of her earning is her modeling career. According to the sources, her estimated net worth is $30 million approximately.

Born in Plymouth, Devon, England, UK, Rosie belongs to the white ethnicity, she is the loving and caring daughter of Charles Andrew Huntington-Whiteley (father) and Fiona Huntington-Whiteley (Mother). Apart from that, her father worked as a chartered surveyor while her mother was a fitness instructor.

Apart from that, she grew up with her two siblings a younger brother named Toby Huntington-Whiteley and a younger sister Florence Huntington-Whiteley. As of her education, Rosie enrolled at Milton Abbot primary school and further attended Tavistock College, Tavistock, Devon, England for higher studies.

Rosie commenced her career at the age of 15 when she was in school. Later, she was modeled for Levi’s jeans commercial in the year 2003. Furthermore, she was appeared in Teen Vogue and also made her catwalk debut along with Naomi Campbell in New York City in the year 2004.

Later, Rosie also signed an American lingerie brand Victoria’s Secret by making her debut at the brand’s fashion show in Los Angeles in the year 2006. Furthermore, this sizzling diva was also featured in British Vogue cover alongside Eden Clark and Jourdan Dunn in a feature celebrating British models in November 2008.

In the following years, she has also modeled for Miss Sixty and Godiva. Apart from that, she officially became a Victoria’s Secret Angel and modeled for the Victoria’s Secret Fashion Show which was held in New York City in February 2010. In the same year, she also posed nude for the Pirelli Calendar which was photographed by Terry Richardson.

Moreover, she made her first solo appearance on the cover of the magazine ‘British Vogue’ in March 2011 and also appeared on the covers of GQ and Elle magazines. Additionally, it was announced that in the year 2013, Rosie would be the face of the Australian cosmetics brand ModelCo.

Later, in the following year, it was also announced by PAIGE that this stunning diva was their ambassador for their upcoming Spring 2015 ad campaign. She has also walked the runways for Valentino, Balmain, Michael Kors, Roberto Cavalli, Versace, Betsey Johnson, Prada, Moschino, and Alberta Ferretti.

Rosie has also made her crucial appearance in advertising campaigns for many brands such as Marks & Spencer, Dolce & Gabbana, Levi’s, Tommy Hilfiger, Thomas Wylde, and Leon Max. Furthermore, in the year 2011, she made her film debut in the third installment of the Transformers series Transformers: Dark of the Moon as Carly Spencer.

Whiteley has also appeared in an Australian post-apocalyptic action film Mad Max: Fury Road as The Splendid Angharad in the year 2015.

At present, Rosie is not married but she is still not single. In the year 2010, she entered into a romantic relationship with actor Jason Statham. Later in the year 2016, this sweet couple got engaged and blessed with a lovely son named Jack Oscar Statham on June 24, 2017.

Here we are providing the list of favorites of Rosie Нuntіngtоn Whіtеlеу: 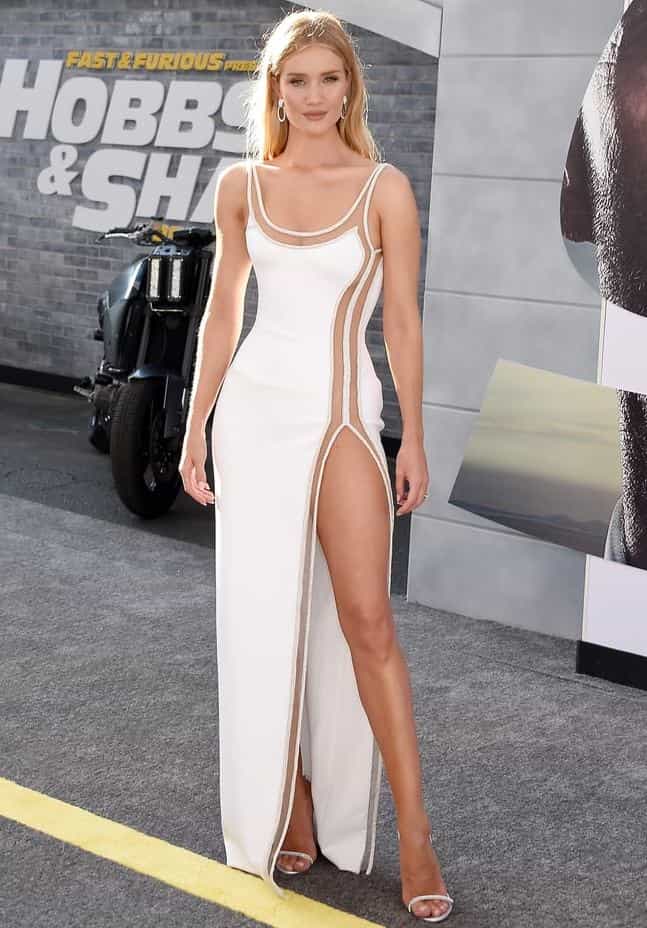