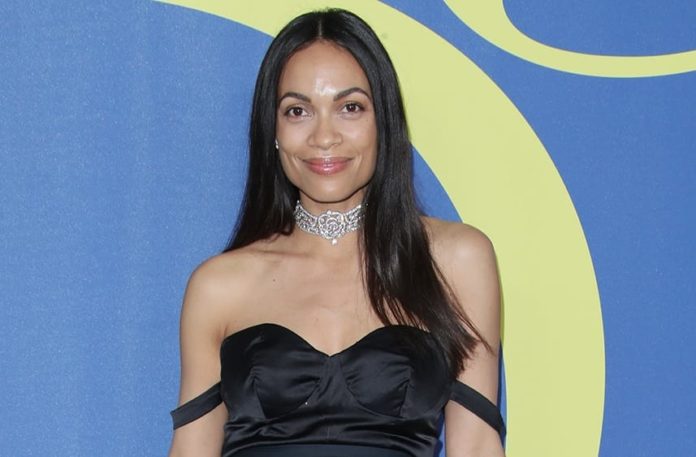 Desirable and Alluring beauty, ‘Rosario Dawson’ is one of the talented American actresses, singer, comic book writer, producer, and political activist. She has been appeared in popular movies and TV series and is famous for her role as Abernathy Ross in Death Proof. She is also better known for being the girlfriend of Cory Booker, the New Jersey Senator.

Moreover, she has been also recognized for her performance infamous ‘Men in Black’ film series. She hits the massive headlines in 2020 when she came out as a member of the LGBTQ community. For her contribution to the industry, she won several awards such as ALMA Award in 2013 and 2014, Community Service Award in 2013, and many more.

Being an actress, she seems very fit and healthy and weighs 55 kg in kilograms and 121 lbs in pounds approximately. Her black eyes color and black hair make his personality even more rocking.

She has earned a tremendous amount of fortune from her successful career as an actress and her net worth is estimated to be $16 million.

Rosario was born and raised up in New York City, New York, United States and belongs to Puerto Rican and Afro-Cuban ethnicity. She is born to her father Patrick C. Harris and her mother Isabel Celeste who is a writer and singer.

Her mother never married her biological father, Patrick C, and later married Greg Dawson, a construction worker. As for her education, she completed her schooling at Garland High School and later went to The Lee Strasberg Theatre & Film Institute to pursue her acting skills.

As of her career, she started her career with an episode of the educational children’s television series, ‘Sesame Street’. She was approached by photographer Larry Clark and filmmaker Harmony Korine when she was 15 years old and told her that she was perfect to featuring in Korine’s next film.

She made her debut in the independent coming-of-age drama ‘Kids’ in 1995. She worked in the short film ‘Girls’ Night Out’ in 1997 and shared screen space with Denzel Washington in ‘He Got Game’ in 1998.  Later, she worked in comedy-drama ‘Side Streets’ with Ismail Merchant and James Ivory in 1998.

After that, she appeared in several small films which proved out be not commercially successful in the next few years. In 2002, she played the role of Laura Vasquez, in ‘Men in Black II’ and as well as appeared in the second installment in the ‘Men in Black’ film series which helped her to find a solid footing in the industry.

In 2002, she appeared in the critically acclaimed drama film ‘25th Hour’ which was her second collaboration with Spike Lee. Later, she was cast as Andy Fox in the biographical crime thriller, ‘Shattered Glass’ in 2003. This film earned rave reviews from the critics and was a box-office failure.

She portrayed the Sogdian princess Roxana, who became the wife of Alexander, the Great in her next major film 2004 historical epic ‘Alexander’. This film failed to impress the critics as well and was a box office disappointment.

In 2005, she appeared in the anthology film ‘Sin City’ in which she portrayed Gail, the leader of the prostitutes as well as the love interest of Clive Owen’s character, Dwight McCarthy. This film was at Mann National Theater to substantial critical and commercial success on March 28, 2005.

She reprised her role in the film ‘Sin City: A Dame to Kill For’ in the 2014 sequel. After that, she played the memorable role of Becky Scott in the comedy film ‘Clerks II’. This film gained cult status since its release like the original. In 2007, she starred and produced the film ‘Descent’ and in the next year, she appeared in the commercially successful film ‘Seven Pounds’ with Will Smith in 2008.

In 2009, she lent her voice for the character Artemis in the animated film ‘Wonder Woman’ as well as for Wonder Woman/Diana Prince herself in ‘Justice League: Throne of Atlantis’, ‘Justice League Dark’ ‘Justice League vs. Teen Titans’ and ‘The Death of Superman’. She was cast as railway yardmaster Connie Hooper in the film ‘Unstoppable’ in 2010.

She also marked her appearance in music videos too like Family Feud, Earth Girls Out of Control, and Miss You. Moreover, she appeared in video games too such as Dishonored: Death of the Outsider, Syndicate, Dishonored 2, Wilson’s Heart, and many more.

Reflecting on her personal life, she is not married yet but she is involved in a romantic relationship with New Jersey Senator Cory Booker. Both confirm their relationship through social media on March 14th, 2019. Before this, she had a number of relationships in her life such as she dated American rapper Jay Z for a few months in 2000.

She was rumored to be dating Gerard Butler in 2007. Later, she dated Mathieu Schreyer for three years from 2008 and separated in 2011. In 2012, she hooked up with the 60-year-old British director, Danny Boyle and they broke up in 2013. Moreover, she adopted a girl child Lola Dawson in 2014. 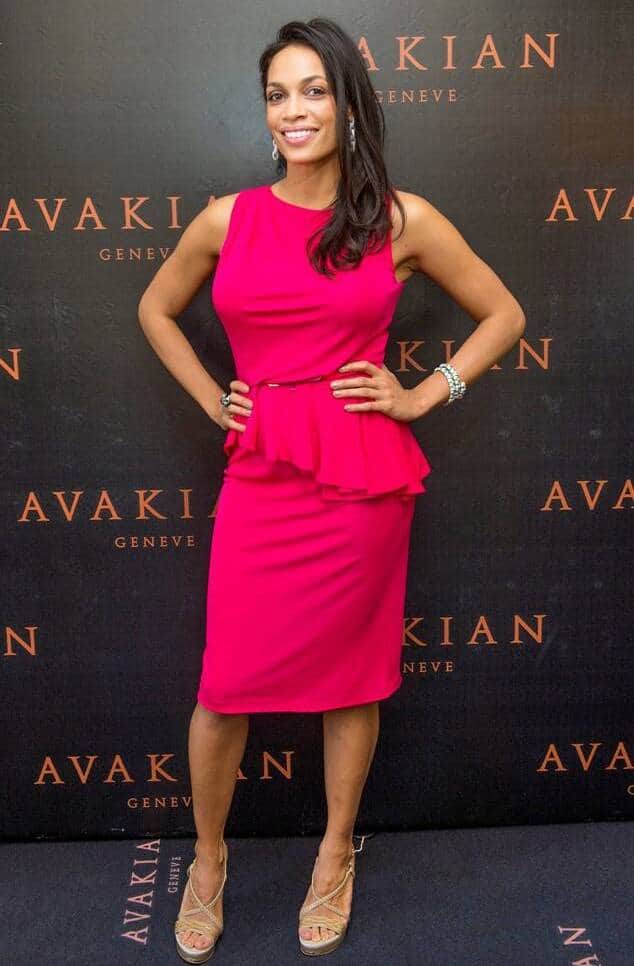 Some Interesting Facts About Rosario Dawson