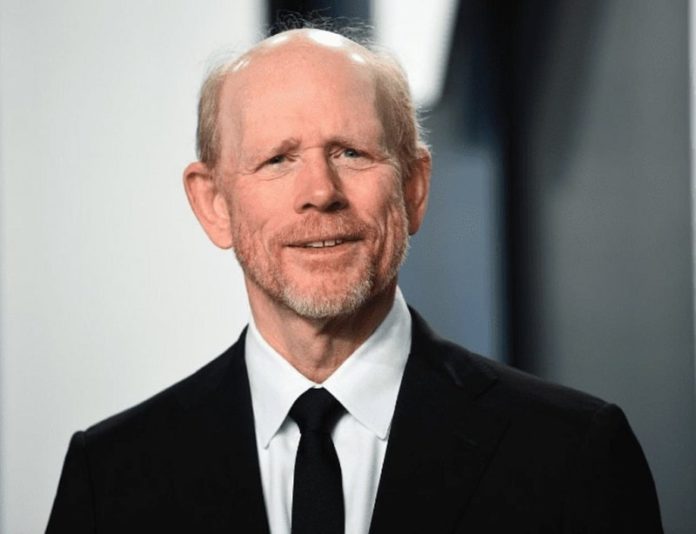 Being persistent may lead you to the door of success but hard work is the key to achieving it, this line has been very well proved by Ronald William Howard who is an American film director, producer, and actor.

Besides this, Ron also gathered huge popularity when he and producer Brian Grazer co-founded the movie and TV production company Imagine Entertainment in 1986.

Born on 1st March 1954, this renowned personality has turned 68 years old. He seems enough tall with his height which is 175 in centimeters and 5’9” in feet & inches.

He maintains himself very fit and healthy with a weight of 79 in kilograms and 174 lbs in pounds. Moreover, he is very conscious about his physique and follows a regular and healthy diet in order to keep himself fit as a fiddle.

This versatile man, Ron has gathered a very decent amount of net worth through his professional career. According to the sources, his estimated net worth is $200 million as of 2021.

Born and grew up in Duncan, Oklahoma, the United States, Ron belongs to a mixed ethnicity including German, English, Scottish, Irish, and Dutch ancestry. He is the loving and caring son of his mother, Jean Speegle Howard (1927-2000), and his father, Rance Howard (1928-2017).

Moreover, his mother was an actress while his father worked as a director, writer, and actor. Besides this, he grew up with his brother named Clint Howard. In fact, Ron’s father was born with the surname “Beckenholdt” and took the stage name “Howard” in 1948 for his acting career.

As of his education, Ron studied at John Burroughs High School. After that, he enrolled at the University of Southern California’s School of Cinematic Arts but did not graduate.

Moving towards his career, Ron took the first step towards his career in the year 1959 by starring in “The Journey”. After that, he made his significant appearance in June Allyson’s CBS anthology series The DuPont Show with June Allyson in the episode “Child Lost”; in The Twilight Zone episode “Walking Distance” and a few episodes of the first season of the sitcom Dennis the Menace.

Later, he played the role of Opie Taylor in “The Andy Griffith Show” in 1960. Thereafter, he was Howard was also featured as Winthrop Paroo in the 1962 film version of “The Music Man”. Later, in the year 1965, he starred as Barry Stewart on “The Eleventh Hour”.

Similarly, he made his crucial appearance in several films and TV series such as “The Bold Ones”, “I Spy”, “The Waltons”, “American Graffiti” and many others. In fact, he got the opportunity to be appeared in the series “Happy Days” however he left “Happy Days” to become a film director just before the start of its eighth season in 1980 but in later seasons he returned for guest appearances.

This talented personality made his directing debut in the year 1977 with the low-budget comedy/action film “Grand Theft Auto” while in 1982, his big directorial break came with “Night Shift”. Apart from that, he has also directed a number of major films, including “Splash”, “Willow”, “Cocoon” and many others.

Ron’s final work as a director for the 1980s was the family comedy film “Parenthood” (1989). Moreover, Howard continued directing through the 1990s, including the American drama “Backdraft” revolving around firefighters.

After that, in the year 1992, he directed the western film epic “Far and Away” after which he directed the newspaper comedy-drama “The Paper” in 1994. Furthermore, he accumulated huge praise from critics due to his direction for the 1995 docudrama film “Apollo 13”.

In October 2008, he presented the world premiere of his historical drama film “Frost/Nixon” at the London Film Festival. Besides this, he directed the sports drama “Rush” in the year 2013 as well as the film “In the Heart of the Sea” in 2015. In addition to this, Ron took over directing duties on “Solo: A Star Wars Story” which was launched on 23rd May 2018.

After that, he gathered hue popularity when his drama film “Hillbilly Elegy” was released on Netflix on 24th November 2020. In fact, he has starred in the documentary film named “Paper & Glue” in 2021. In the same year, this star has also produced the series “Crime Scene: The Vanishing at the Cecil Hotel”.

This famous star, Ron is the co-chairman, with Brian Grazer, of Imagine Entertainment, a film and television production company. This company has produced several films including “8 Mile”, “Friday Night Lights” and “Inside Deep Throat” as well as the television series “Felicity”, The PJs, “24” and “Arrested Development” which Howard also narrated.

Other than this, Howard has also starred in a 1997 print ad for Milk – Where’s your mustache?. In the year 2009, he got appeared in the Jamie Foxx music video “Blame It”.

Talking about his relationship status, Ron is a married personality who got married to writer Cheryl Alley (born 1953) on 7th June 1975. Besides this, the duo has also welcomed four children named Bryce Dallas Howard (born 1981), twins Jocelyn Carlyle and Paige Howard (born 1985), and Reed Cross (born 1987). As of now, Ron is living a happy and blissful life with his family.

Here we are providing the list of favorites of Ron Howard: Some Interesting Facts About Ron Howard