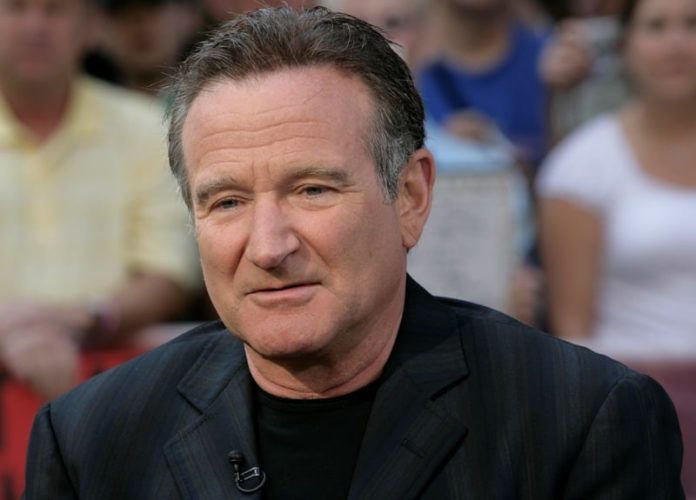 It is not easy to make people laugh with words but some people have this talent as a god gift and ‘Robin Williams’ is one of those people who have been gifted by God this talent who is a legendary American actor and comedian. He started his career as a stand-up comedian in the mid-1970s and is now regarded as one of the best comedians of all time.

He is well recognized after he played the alien Mork in the sitcom, Mork & Mindy from 1978 to 1982. To be named one of the greatest comedians of all time, he went on to star in numerous films, tv series, and sitcoms.

Sadly, this star committed suicide in August 2014 at the age of 63 but later it was confirmed that Williams battled with Lewy body disease.

He seems more elegant with his blue eyes and salt and pepper hairs. His body measures 40 inches chest, 34 inches waist and biceps size is 14 inches

According to the sources, the estimated net worth of Robin Williams was $50 million approx.

Robin was born and raised up in Chicago, Illinois, USA and belongs to white ethnicity. He is born to his father Robert Fitzgerald Williams and his mother Laurie McLaurin. He has been grown up with his two half-brothers named Robert and McLaurin.

As of his education, he completed his primary schooling at Gorton Elementary School and Deer Path Junior High School. He attended the private Detroit Country Day School and Redwood High School to complete his school education. He studied political science from Claremont Men’s College but dropped out of college to pursue acting.

In 1977, he made his television debut from the television show, Laugh-In and also performed a show at the L.A. Improv for Home Box Office. In 1978, he played the role in Happy Days spin-off, Mork & Mindy. In the 1980s, he starred in HBO comedy specials, Off The Wall, A Night at the Met, and An Evening with Robin Williams.

In 1979, he won a Grammy Award for Best Comedy Album. Due to the stress of performing stand-up, he started using drugs and alcohol. Until 2002, he continued performing stand-ups. After that, he took a 6-year break from stand-up and make his comeback in 2008.

He announced Weapons of Self-Destruction, a 26-city tour that started in September 2009 and ended in December 2009. Robin appeared on talk shows, Late Night with David Letterman and The Tonight Show Starring Johnny Carson. In 2013, he starred in the lead role in the CBS series, The Crazy Ones but the show was canceled after one season.

In 1977, he made his debut in the low-budget comedy film, Can I Do It…’Til I Need Glasses? in a minor role. In 1980, he played the lead role in the film Popeye. After that, he acted in the 1987 film, Good Morning, Vietnam for which he was nominated for the Academy Award for Best Actor.

During the 1980s, he appeared in many films such as Club Paradise. Seize the Day, Good Morning, Vietnam, The Adventures of Baron Munchausen, The World According to Garp, The Survivors, Moscow on the Hudson, The Best of Times, Portrait of a White Marriage, and Dead Poets Society.

He appeared in many films during the 2000s such as House of D, Noel (Uncredited), Robots, The Big White, The Night Listener, RV, Man of the Year, Night at the Museum, One Hour Photo, Death to Smoochy, Insomnia, The Rutles 2: Can’t Buy Me Lunch, The Final Cut, Night at the Museum: Battle of the Smithsonian, License to Wed, August Rush, World’s Greatest Dad, Shrink, and Old Dogs.

During the 2010s, he featured in several films such as The Face of Love, Boulevard, The Big Wedding, The Butler, and The Angriest Man in Brooklyn. Moreover, he lent his voice in many films such as Robots, A.I. Artificial Intelligence, Aladdin, Aladdin and the King of Thieves, Happy Feet, Happy Feet Two, Everyone’s Hero, and FernGully: The Last Rainforest.

In 2011, he made his Broadway acting debut in Bengal Tiger. In 1988, he appeared in Off-Broadway, Waiting for Godot. In April 2000, he hosted a talk show for Audible. He appeared in the role of Simon Roberts in his last television work was The Crazy Ones.

Some of his movies were released posthumously which are Night at the Museum: Secret of the Tomb, A Merry Friggin’ Christmas, and Absolutely Anything.

Reflecting on his personal life, he is married thrice in her life and got married for the first time to Valerie Velardi in June 1978. The couple shared a son, Zachary Pym “Zak” Williams. But the couple divorced in 1988.

After that, he dated and married Marsha Garces in 1989. The couple shared two children together Zelda Rae Williams and Cody Alan Williams. They both got divorced in 2010. In 2011, he married his third wife, Susan Schneider who is a graphic designer. The couple remained together until his death in 2014. 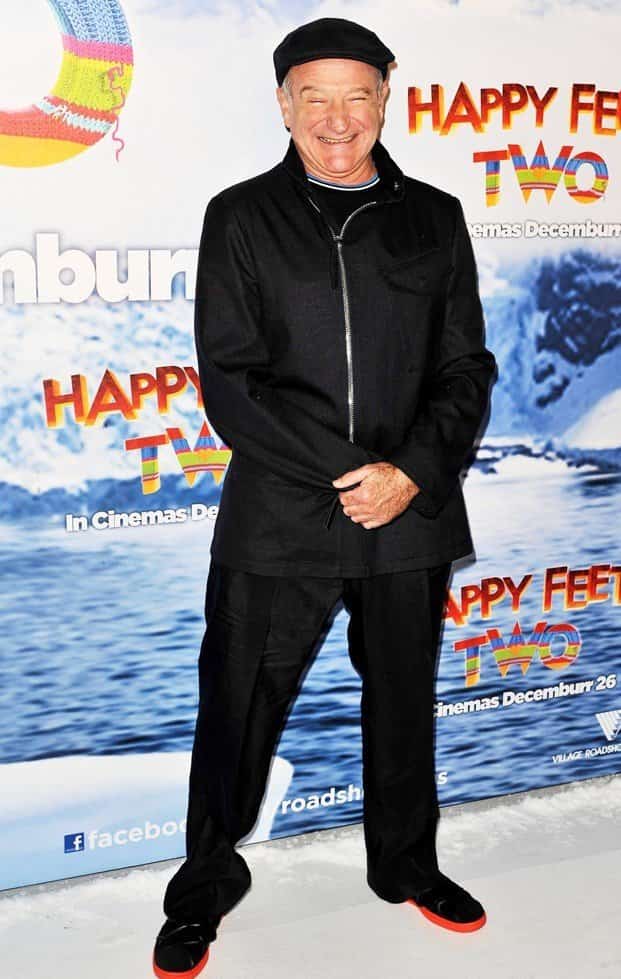 Some Interesting Facts About Robin Williams