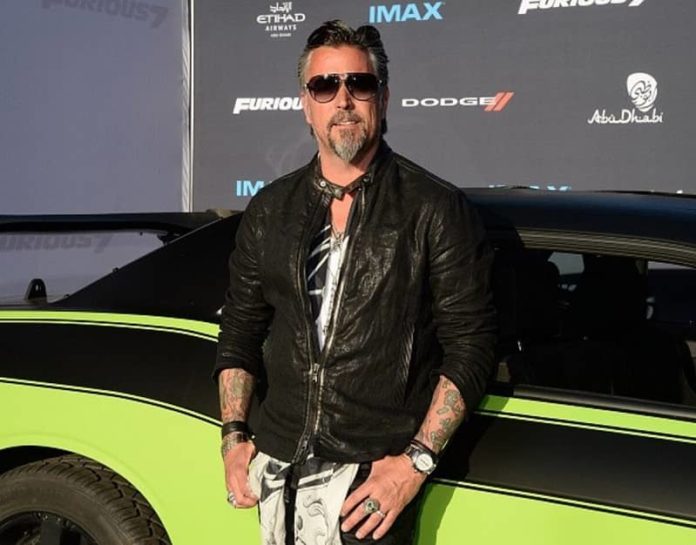 The price of success is hard work, dedication towards the dream, this line has been very well proved by ‘Richard Rawlings’ who is an American entrepreneur and media personality. He is well recognized for his appearances in the Discovery Channel reality television show Fast N’ Loud.

Born on 30 March 1969, this handsome man has turned 53 years old. He seems enough tall with his height which is 185 in centimeters and 6’1” feet. He maintains himself very fit and healthy with a weight of 86 in kilograms and 189 lbs in pounds.

He earns from his business ventures and also earns from appearing in a reality television show, Fast N’ Loud. At present, his net worth is estimated at $20 million.

Richard was born and raised up in Fort Worth, Texas, USA, and belongs to American nationality. He is born to his father Ray Rawlings while his mother’s name is not known. He also has a brother named John Rawlings and a sister named Daphne Rawlings Kaminski. As of his education, he completed his education at Eastern Hills High School.

In 2002, he launched Gas Monkey Garage in Dallas and sold Lincoln Press in 2004. Since 2012, the Discovery Channel series Fast N’ Loud has been focusing on his facility as well as the hosts Garage Rehab about failing auto modification shops.

In October 2014, he opened a live music venue, Gas Monkey Live and in 2016, he started a restaurant venture, Richard Rawlings’ Garage which permanently closed in March 2019.

In May 2015, he published his first autobiography, Fast N’ Loud: Blood, Sweat, and Beers.

As of his personal life, he tied the marriage knot with Karen K. Grames for the first time in 1993 and divorced the following year. He married again in 1999 with Suzanne Marie Mergele and got divorced in 2009. In 2015, he remarried Suzanne and got separated in 2019. Currently, he got engaged with his girlfriend Katerina Deason.

Here we are providing the list of favorites of Richard Rawlings: Some Interesting Facts About Richard Rawlings