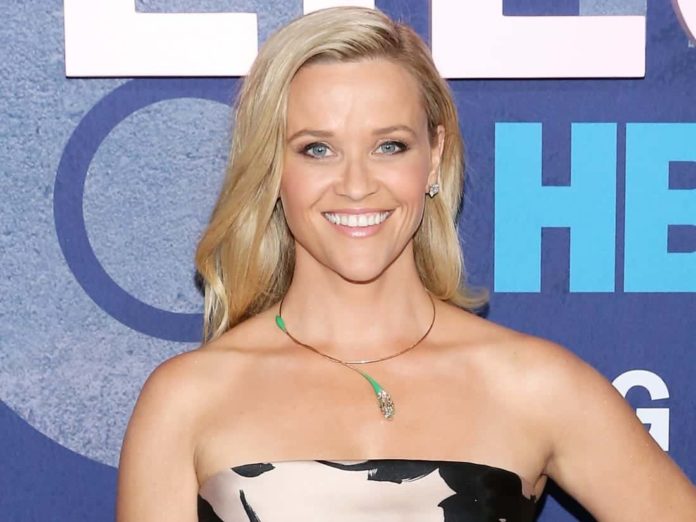 An Academy Award-winning American actress Reese Witherspoon started her career with her roles in television as well as films and mini-series; she managed to get a foothold in Hollywood. She gained worldwide popularity for her roles in films like ‘Legally Blonde’, ‘Sweet Home Alabama’, ‘Four Christmases’ and plenty of other romantic comedies.

She was born as Laura Jeanne Reese Witherspoon on March 22, 1976. She is one of those rare actresses who have maintained a balance between commercial success and critical appreciation. Apart from acting, she is actively involved with the Children’s Defence Fund.

Reese Witherspoon weights 57 kg and 126 lbs in pounds. She stands with a height of 155 cm or in feet inches 5’1”. She has an expressive face with blonde hair and blue eyes. She turned 46 years old. Her body measurement is as follows 34 inches chest, 25 inches waist, and 35 inches hips. She possesses a smooth voice with a strong southern accent.

According to sources, Reese Witherspoon’s estimated net worth is $80 million approximately.

Reese Witherspoon was born in New Orleans to a lieutenant colonel John Draper Witherspoon and Mary Elizabeth who worked at the Vanderbilt University as a nursing professor. She attended Harpeth Academy and Harpeth Hall School for elementary education. Since a very young age, she appeared in commercials which gave her the confidence to become a full-time actor. She was enrolled at Stanford University, to pursue an English literature major.

In 1991, Reese Witherspoon made her film debut as a rural teenager in the movie ‘The Man in the Moon’. Her first appearance was applauded and appreciated by film critics and audiences. She appeared in the Disney productions ‘A far off place’.

In 1996, she received her breakthrough when she starred in the film ‘Fear’ alongside Mark Wahlberg. In the movie ‘Walk the Line’ she gave an excellent performance for which she won Academy Award BAFTA, the Golden Globes and the Screen Guilds Awards.

She has undertaken a difficult role in the film ‘Vanity Fair’ which was a success and she portrayed the role of ambitious Becky Sharp was widely applauded by critics. In 2014, she appeared in ‘Wild’ and her portrayal of a woman scarred by tragedies earned her an Academy Award nomination for best actress.

From 1999 to 2007, she was married to fellow actor Ryan Phillips and the couple a daughter named Ava and a son named Deacon. After their separation, in 2011 she got married to Jim Toth and has a son named Tennessee James Toth. Some Interesting Facts About Reese Witherspoon