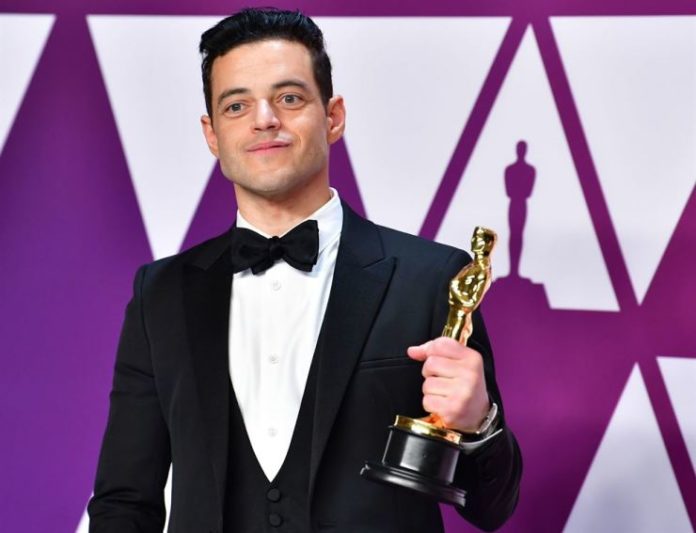 Rami Said Malek, renowned with the name of Rami Malek is an Oscar award-winning American actor who received an Oscar for Best Actor for his portrayal of Freddie Mercury in the 2018 biopic, Bohemian Rhapsody and became the first actor of Egyptian descent to win the Academy Award for Best Actor.

Apart from that, he is better known for his roles such as Elliot Alderson in the television series Mr. Robot. He is the type of person who always loves to challenge himself and maintains his dreams. He arises so much curiosity and interest in the minds of the viewers with his good performance as an actor.

He seems younger with his green eyes and black hair. His body measures 39 inches chest, 30 inches waist and 33 inches hips and biceps size is 14 inches.

According to the sources, the estimated net worth of Rami Malek is $8 Million and he mostly earned according to per episode bonuses, end of season bonuses. His salary has not been revealed yet but he is earning a good amount of money from his career work.

Rami was born and raised up in Los Angeles, California, USA, and belongs to the white Caucasian ethnicity. He is the handsome and caring son of his father Said Malek who was a tour guide in Cairo while his mother Nelly Abdelmalek is an accountant.

He is born as a twin with his brother Sami Malek and he also has a lovely sister named Yasmine Malek who is a medical doctor. As per his education, he completed his schooling at Notre Dame High School in Sherman Oaks and further enrolled himself at the University of Evansville in Evansville, Indiana to complete his Bachelor of Fine Arts degree.

As per his career, he started his acting career in 2004 with a guest-starring role on the TV series Gilmore Girls. After that, he lent his voice for the video game Halo 2. He appeared in two episodes of the war drama Over There in 2005 and for this movie he was awarded a Screen Actors Guild card.

He appeared in an episode of Medium and was cast in the comedy series The War at Home in the same year. He made his debut in the films with Night at the Museum in 2006. She appeared on-stage in The Credeaux Canvas in 2007. He appeared in a recurring role in the World War II mini-series The Pacific in 2010.

In 2011, he was cast in the film Larry Crowne and later appeared in the indie film Short Term 12 in 2013. In 2012, he made his appearance in a remake of the South Korean film Oldboy and also featured in Da Sweet Blood of Jesus. Later, he appeared as one of the main characters in a horror game titled Until Dawn in 2015.

In 2017, he appeared in a contemporary remake of the 1973 film Papillon. In February 2017, he was honored with the Young Alumnus Award from his alma mater, the University of Evansville, and was also invited to become a member of the Academy of Motion Picture Arts and Sciences.

Apart from that, he also appeared in some minor roles such as Aint Them Bodies Saints, Need for Speed, and Oscar-nominated The Master. He also appeared in the Queen biopic, Bohemian Rhapsody which became the sixth highest-grossing film, and for this film, he was awarded the British Academy Film Award for Best Actor, Academy Award, Screen Actors Guild Award, and Golden Globe Award.

Reflecting on his personal life, he is not married yet and prefers to keep his personal life quite private. But there was a rumored in 2012 that he is in a relationship with “Twilight” co-star Angela Sarafyan but the rumor just faded away after both the actors did not confirm their secret relation. 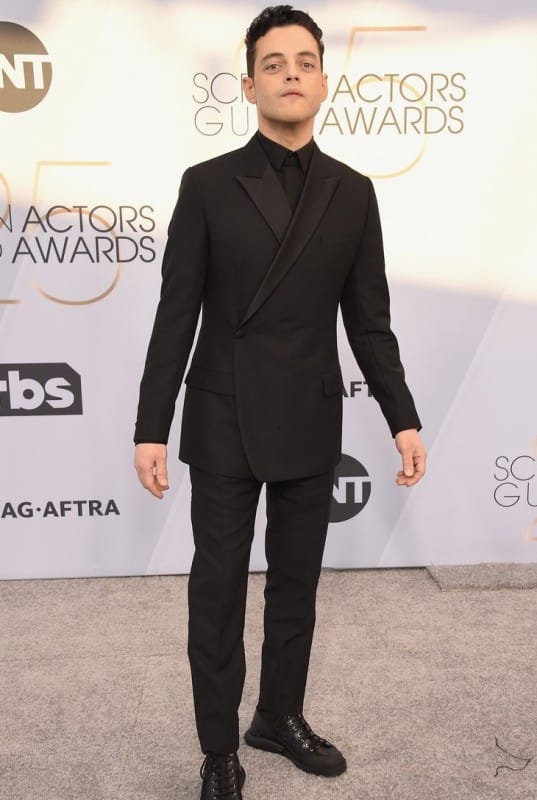 Some Interesting Facts About Rami Malek