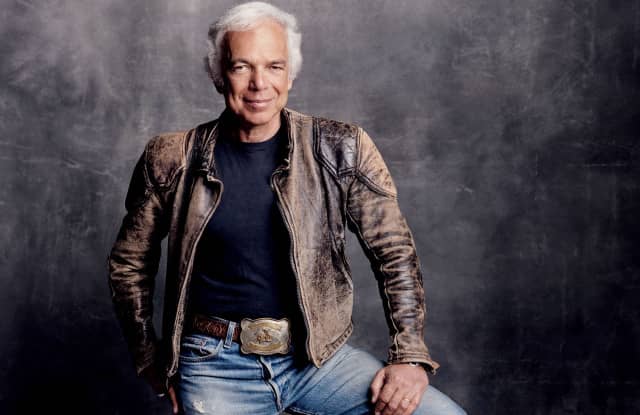 Anyone who is interested in the fashion world has surely heard of the name Ralph Lauren.  One of the classiest names in the world of fashion, the famous brand, ‘Polo Ralph Lauren’ is one of the most sold and preferred clothing wear in the world. The entrepreneur and fashion designer are renowned for his rare collection of automobiles apart from clothing and accessories.

He was known to be one of the best-dressed teenagers, and the first of his ventures ‘Polo Fashions’ was established with a loan. Diverging out into women’s clothing, furniture, sheets, and towels he caught hold of the upcoming fashion market very soon. An avid supporter of philanthropy, Ralph has founded charitable organizations as well.

Born on 14th October 1939 Ralph Lauren will turn 83 years old. He appears to be fit even at this age and his body figure measurements are 38-30-35. His height measures 5 feet 6 inches and his weight is 70 kg approximately. He has blue colored eyes and the color of his hair is white.

Known as one of the pioneers of the modern fashion industry, Ralph Lauren has taken the fashion world by storm and he has been a revolutionary when it comes to clothing and accessories.

He started his journey by taking a loan to open a store and now has become one of the fashion icons in the world living a lavish life. The total net worth estimated for Ralph Lauren is $7.2 billion US dollars as of now.

Ralph Lauren was born and raised in The Bronx, New York, USA. He is the son of Frank Lifshitz and Frieda Lifshitz and grew up with two brothers and a sister. He studied at DeWitt Clinton High School and Manhattan Talmudical Academy and later attended Baruch College, but dropped out of it.

Under the label ‘Polo’, Ralph opened a necktie store and obtained the right to use the emblem ‘Polo’ from Brooks Brothers in 1967. He opened a Polo boutique in Beverly Hills and expanded his small business in 1971. He released his trademark short-sleeve shirt with the Polo logo in 1972 and also unveiled his first Ralph Lauren collection for women.

By converting the Rhinelander Mansion into his store, he established his first flagship store, ‘Polo Ralph Lauren’ in 1984. Under the symbol ‘RL’, Ralph Lauren Corporation became a public company and floated on the New York Stock Exchange in 1997.

To sell his fashionable ‘lifestyle’ on social media, in print, and on television, he signed a revolutionary 30-year deal with NBC associates in the year 2000. He established charitable organizations, the ‘American Heroes Fund’ apart from his involvement in the world of fashion for victims of the September 11 attacks. Ralph Lauren had established over 35 boutiques in 23 locations by 2007 and remains one of the topmost brands in the world till now.

Ralph is married to Ricky Ann Low-Beer since the year 1964. Ricky and Ralph have three children, two sons, and a daughter.

Here we provide you the list of Ralph Lauren’s favorite things. Some Interesting Facts About Ralph Lauren