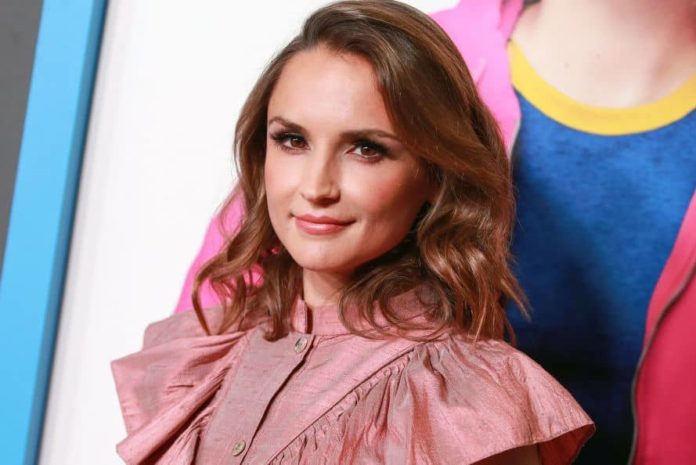 Future belongs to those who believe in the beauty of dreams and Rachael Leigh Cook is one of the beauties who always believe in making her dreams come true and fighting for them. She is an American actress, producer, model, and voice artist who is better known for her role as Laney Boggs in the film ‘She’s All That’, as Abigail Lytar in the TV series  ‘Psych’, and as Kate Moretti in the TV series ‘Perception’.

She has won Teen Choice Awards for her performance in the film, ‘She’s All That’ and YoungStar Award for Best Performance by a Young Actress in a Comedy Film. She was selected as a Champion of Change for Arts Education by the Obama administration in 2011.

In addition to this, this gorgeous lady has stolen the heart of many people with her stunning looks and acting skills. She has a cute smile and beautiful looks with an attractive and charming personality.

Born on 04 October 1979, this renowned actress has turned 43 years old. She has a perfect height which is 158 centimeters and 5’2” in feet & inches. She seems as fit as fiddle with a weight of 57 kilograms and 125 lbs in pounds. Her beauty is enhanced by her dark brown eyes and dark brown hair.

According to the sources, Rachael’s estimated net worth is $5 million approximately.

Born and grew up in Minneapolis, Minnesota, the USA, Rachael belongs to the White ethnic group. She is the lovely and caring daughter of Thomas H. Cook (Father) and Jo-Ann Cook (Mother). Moreover, her father is a social worker and former stand-up comedian while her mother is a cooking instructor and weaver.

Apart from that, she grew up with her younger brother named Ben Cook. As of her education, she has studied at Clara Barton Open School, Laurel Springs School, and Minneapolis South High School. Other than this, there is not much information available about her higher education.

Rachel took the first step towards her career at the age of 10 by working as a child print model and was further also seen nationwide in advertisements for Target and got featured on the boxes of Milk-Bone dog biscuits. Furthermore, when she was just 14 years old, she started auditioning for acting work.

In fact, in the year 1995, she made her acting debut as an actress in the comedy-drama film, ‘The Baby-Sitters Club’ which was based on Ann M. Martin’s book series of the same name. Moreover, in the same year, she also landed the role of Rebecca ‘Becky’ Thatcher in the adventure film, ‘Tom and Huck’.

Furthermore, in the year 1996, she won the heart of many people by appearing in the short film, 26 Summer Street, and in the comedy film, ‘Carpool’ as Kayla. Later, she played the crucial role of Emma Baker, a 15-year-old rape victim who is impregnated by her rapist in made-for-television crime drama film, ‘Country Justice’.

Some of her notable movies are ‘The Defenders: Payback’, ‘True Women’, ‘The Eighteenth Angel’ and ‘The House of Yes ‘. Other than this, she gathered national attention by appearing in the famous anti-drug commercial, ‘This Is Your Brain on Drugs’ in the year 1998.

In this, she made her appearance smashing an egg and destroying a kitchen with a frying pan as she spoke about the harmful effects of heroin on a person’s life. She also appeared in other superhit films including ‘The Naked Man’, ‘Living Out Loud’ in that year’, and ‘All I Wanna Do’.

Apart from that, in the year 1999, she got a huge breakthrough role in the unforgettable romantic comedy film, ‘She’s All That’ which is far the most financially successful film in her career. Other than this, she also played the crucial role of Vera Johnson in the film, ‘The Hi-Line’, and the role of Cassie in the film, ‘The Bumblebee Flies Anyway’ in the same year.

Additionally, in the year 2000, Rachel also voiced the character, Chelsea Cunningham, in the animated film, ‘Batman Beyond: Return of the Joker’. Thereafter, she appeared in several movies such as ‘Bookies’, ‘Stateside’ ‘American Crime’ ‘Tangled’ ‘Josie and the Pussycats’ ‘Antitrust’ and ’11:14′.

In 2018, she appeared in the Hallmark Channel film, ‘Frozen in Love’. She appeared as a guest in the crime drama TV series, ‘Criminal Minds’ in 2020. She lent her voice for video games ‘Kingdom Hearts 2’, ‘Dissidia 012 Final Fantasy’ and ‘Dirge of Cerberus: Final Fantasy 7’. On September 3, 2020, she produced and starred in the film, ‘Love, Guaranteed’.

Reflecting on her personal life, she is a married woman who tied the marriage knot with actor Daniel Gillies in 2004. The lovely couple was blessed with a son named Theodore Vigo Sullivan Gillies and a daughter Charlotte Easton Gillies. However, in June 2019, the couple announced their separation.

Here we are providing the list of favorites of Rachael Leigh Cook: 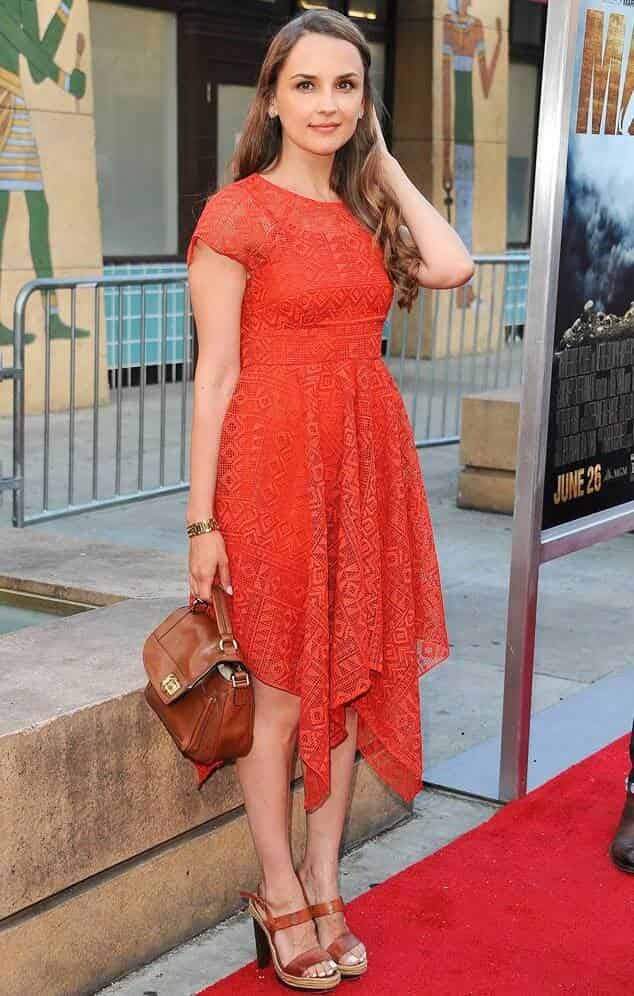